Events Leading to the Civil War

Events Leading to the Civil War

August of 1831, slave Nat Turner provoked an uprising that spread through plantations in southern Virginia. Turner and about 70 cohorts killed around sixty white people. The deployment of militia and artillery suppressed the rebellion after two days of terror. fifty five slaves including turner were executed for their role in the insurrection. Nat Turner's rebellion was the bloodiest of all.

Harriet Beecher Stowe revealed the horror behind slavery, Northerners felt their eyes had been opened to the dismay of slavery, while Southerners protested her work was slanderous. Uncle Tom's Cabin was the second-best selling book in America in the 19th century, second to the bible. Its popularity brought the issue of slavery to life for those who remained unmoved after decades of legislative conflict.

Bleeding Kansas was when pro-slavery & anti slavery supporters debated if the Kansas territory should be free or slave. The Kansas-Nebraska Act of 1854 allowed the territory of Kansas to decide whether it would be a slave state or a free state a practice known as popular sovereignty. Many big and small battles occurred between the pro-slavery and anti-slavery supporters.Was considered first shots of the Civil War.

John Brown organized a small band of white allies an free blacks and raided a governemnt arsenal in Harpers Ferry Virginia. He was quickly surrounded by soldiers. He was tried for treason and was executed.

Lincoln was elected by a considerable margin in 1860 despite not being included on many southern ballots. As a Republican, his party was anti-slavery and feared many southerners.

a little over a month after the polls closed, South Carolina seceded from the Union. Six more states followed by the spring of 1861. 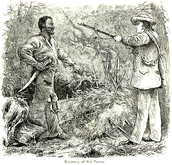 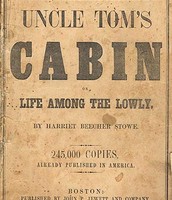 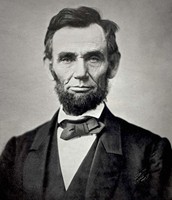