Mikala is using Smore newsletters to spread the word online.

Get email updates from Mikala:

About Atlantis. Who? What? Where? When? Why?

About Atlantis. Who? What? Where? When? Why? 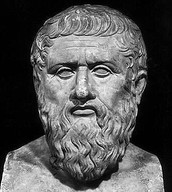 Who was the King of Atlantis?

The King to Atlantis was Plato, Plato has lived for 400 years before the birth of Christ. Plato's ancestor Solon was the great law giver of Athens 600 years before the Christian era, Solon visited Egypt. So as you know that Plato was the King of Atlantis.

Atlantis is a legendary "lost" island subcontinent. Though today Atlantis is often thought of as a peaceful utopia. Plato described Atlantis in his fable very different. If Atlantis really was here now, he would of enslave us and probably try to kill us. Its clear that Plato made up Atlantis as a plot device for his stories because there are no other records of it anywhere else in the world. Atlantis is a very famous island, which is from a long time ago when Plato wrote about a place called the "Atlantis". The story goes that Atlantis was a very special place of learning a very good place to live, then Atlantis sank into the ocean.

Why is Atlantis so important?

They say that Atlantis has treasures beyond ones imagination and there is great knowledge to know about many many years ago when Atlanteans were still around, and that some people just like the Atlanteans had to live there.

Where is Atlantis located?

There are many possibility's for Atlantis location. Many people have tried to figure out its location, but there is a lot of theories.

Did you know that.. people thought that Atlantis was located in Ancient Greece, because Plato mentioned it in his writings!!

Is Atlantis real or a myth?

Atlantis is a likely mythical island, so yes it is a myth. Atlantis mythical island nation mentioned in Plato's dialogues "Timaeus" and "Critias" has been an object of fascination among western philosophers and historians for nearly 2,400 years.Plato described Atlantis as a powerful and advanced kingdom that sank, in night and day, it went into the ocean around 9,600 B.C. 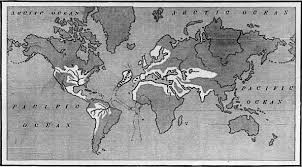 Mikala is using Smore newsletters to spread the word online.