Thank you for your patience and support as we navigate this pandemic together. I would like to publicly acknowledge the efforts of our teachers. The challenges with hybrid, virtual, and on campus instruction are unprecedented and I am proud of their professionalism and dedication to provide a quality education for your son or daughter. The first six weeks have gone very well and we are pleased with the cooperation from our students. We need to remain committed to our safety measures. I appreciate all of your efforts to maintain a safe learning atmosphere.

October brings us Homecoming, PSAT, Fall Break, and the window to select your learning option for the second semester. Thank you and have a wonderful month.

Once A Slicer, Always A Slicer!

According to Kaplan Services, the Preliminary SAT, also known as the PSAT/NMSQT® (National Merit Scholarship Qualifying Test), is a practice version of the SAT exam. You can only take the PSAT once per year, and many students take the test in both 10th and 11th grade. If you earn a high score on the PSAT your junior year, you could qualify to receive a National Merit Scholarship—$180 million dollars in merit scholarships are awarded to students each year. The PSAT is 2 hours and 45 minutes long and tests your skills in reading, writing, and math. Unlike the SAT, the highest score possible on the PSAT is 1520. LPHS is offering the test to all of our 9th, 10th, and 11th grade students.

LPHS students and parents will have another opportunity to select the educational option that works best for your collective needs. The window will be open from Wednesday, October 28th through Friday, November 6th. During this window you can change from Option 2 distance learning to Option 1 on campus instruction or change from Option 1 on campus instruction to Option 2 distance learning. You can also elect to stay in your current placement. Your requests will take effect for the second semester starting on Tuesday, January 19th. You will make your selection through the Parent Portal of Skyward. If you need access to Skyward please email Mrs. Moehl at rmoehl@lpcsc.k12.in.us 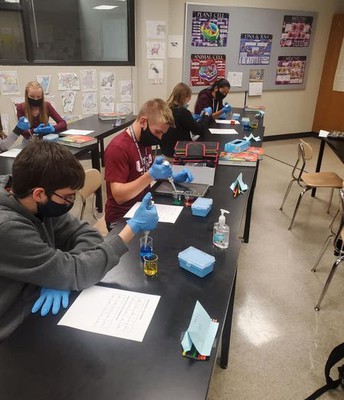 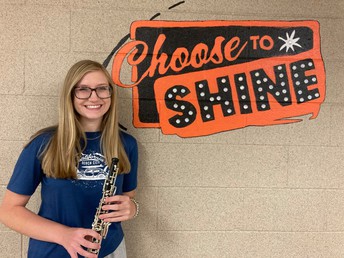 Audrey Jeffers is the Band Student of the Week. Congrats! 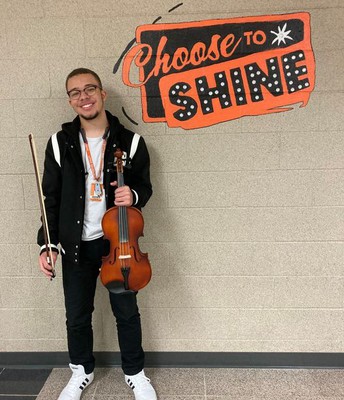 The Orchestra Student of the Week is Donye Scott. Congrats, Donye! 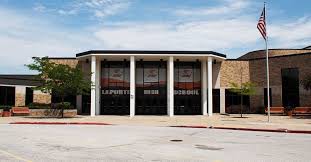 The La Porte County COVID-19 spread level was increased from blue to yellow on September 30th. We receive the spread level from the Indiana State Department of Health every Wednesday. If the color changes on Wednesday then the new color will take place on the following Monday. Our programming will remain at five days a week while on blue or yellow. In an effort to keep everyone safe please continue to wear a mask and maintain social distancing of at least six feet apart. Please be aware and have plans in place if we increase to an orange level. Orange levels of 2.0-2.5 would change our programming to on campus instruction on Monday, Wednesday, and Friday with remote learning for all on Tuesday and Thursday. If we move to a red level above 2.5, all students and staff would participate in remote learning. A reminder that more detailed information can be found on our corporation website at www.lpcsc.k12.in.us or at https://www.coronavirus.in.gov 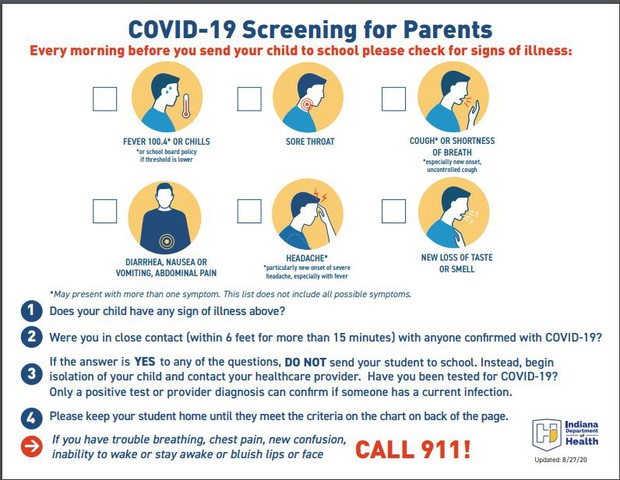 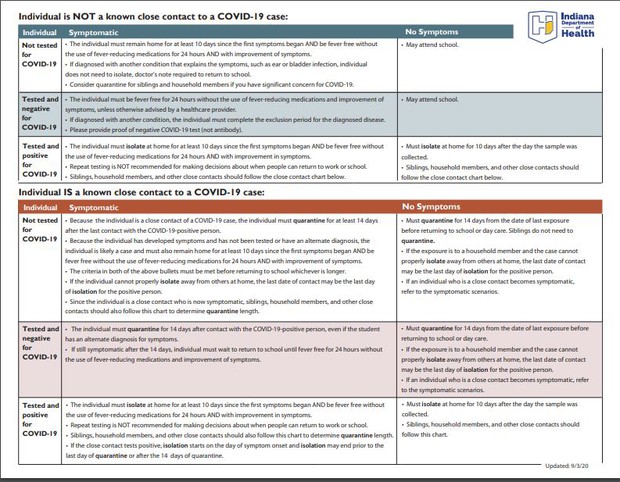 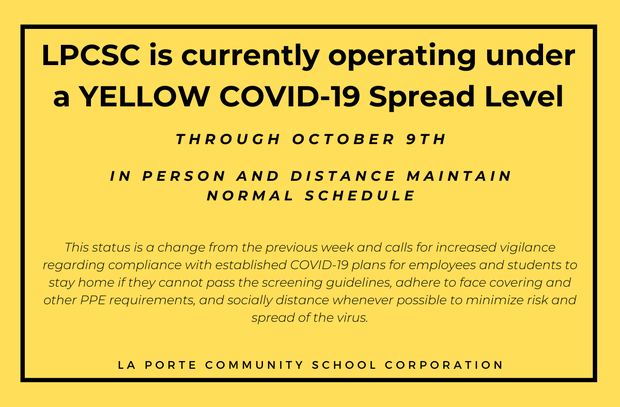 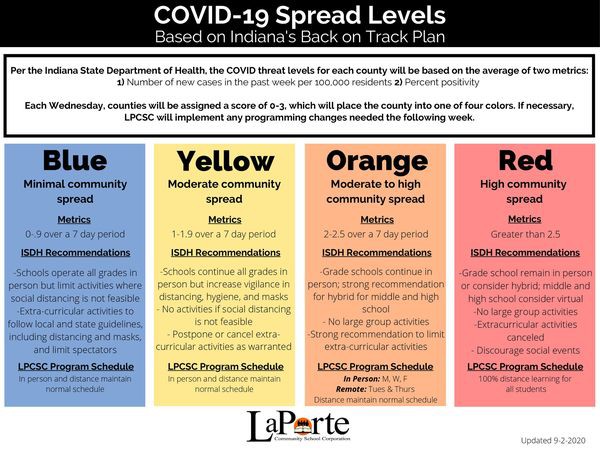 Attention seniors in the class of 2021:

Hoosier students and families are encouraged to file the Free Application for Federal Student Aid (FAFSA), which is now open for the 2021-2022 school year.

With over $350 million in state financial aid available, as well as billions of dollars in federal aid, the Indiana Commission for Higher Education reminds Hoosiers that filing the FAFSA by April 15, 2021 is imperative for securing money for college.

How to file the FAFSA

Students can file the FAFSA online at FAFSA.gov. The first step for students who have not previously filed the FAFSA is to create a Federal Student Aid (FSA) ID. Then, each student will need:

The U.S. Department of Education provides email and live chat assistance for FAFSA filers as well as a helpline at 800-4FED-AID. Hoosier families can also find FAFSA help through INvestEd Indiana at www.investedindiana.org. 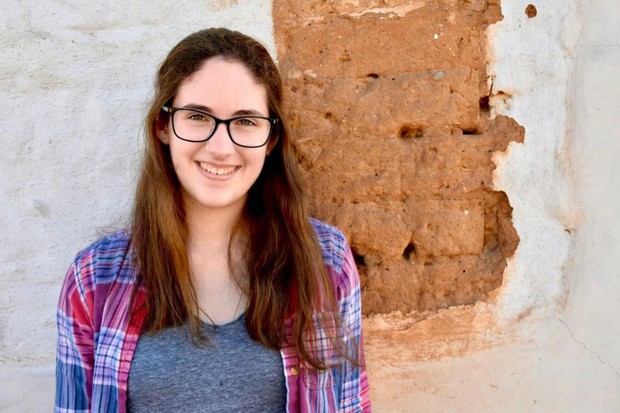 Senior Jill Maudlin has recently been named as a National Merit Scholarship Semifinalist.

The National Merit Scholarship is a prestigious academic scholarship competition in recognition of student achievement on the PSAT. Approximately 16,000 students nationwide were named Semifinalists.

Maudlin was surprised by the honor.

“I was shocked. Making it this far in the competition is such an honor, and I’m so happy to be included among these incredible students,” Maudlin said.

Maudlin is driven by the thrill of understanding her surroundings. She loves learning something new in class and then getting to be in awe at the world around her. She has always especially had a passion for science.

“I have an insatiable thirst for knowledge; I’ve always wanted to learn as much as possible. That’s why physiology is the perfect fit for me. It has the ability to explain the entire world to those who care enough to pursue it,” Maudlin said.

She is always looking for new opportunities to grow as a learner. Maudlin has been accepted into and attended three different science camps: a Life Sciences residential camp, a Molecular Medicine symposium, and an online class about Environmental Ethics. While at the Life Sciences camp, she and a team worked together to characterize a cancer cell line and they created a treatment program. This was a selective camp held at Notre Dame.

The Molecular Medicine camp allowed her to study medical ethics and research techniques down in Indianapolis with fellow Hoosier high school students. Maudlin’s Environmental Ethics class was moved online, and she still had the chance to study atmospheric and oceanic science in addition to statistics and programming. In October, she will be spending time on an online research internship that focuses on diabetes. Maudlin will be receiving college credits for each class that is transferable to whichever school she attends.

Maudlin is highly involved in school and the community. She founded the Slicer Mentor Club, with the help of her sister, Paige Maudlin, and started a homework hotline for students who need guidance during their distance learning. She’s an active participant in Spell Bowl, Science Olympiad, and Academic Super Bowl. Every week, Maudlin also volunteers at LaPorte Hospital. She has painted eight murals both at local schools and small businesses. She also is a student representative for the YMCA Advocacy Board and is involved with Indiana Youth and Government.

Even with her impressive resume, Maudlin remains humble.

“I would like to emphasize that my accomplishments are not mine alone. They were made possible by my entire support system: my family, my friends, and my mentors. I would like to thank anyone who has ever lent me a helping hand. Your kindness has not gone unnoticed,” Maudlin said.

LPHS is proud to announce the Top 10 for Homecoming Queen and King. 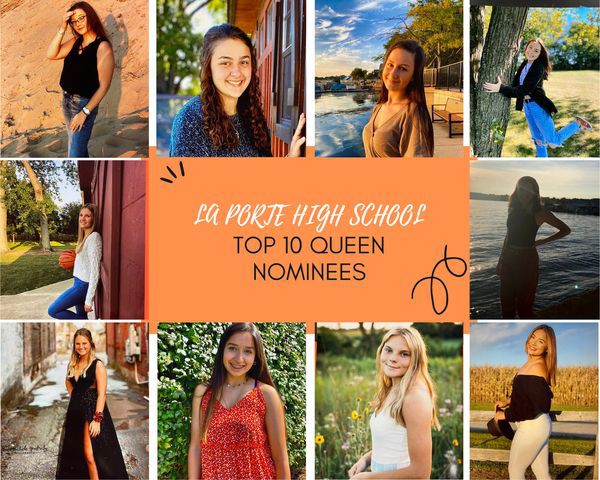 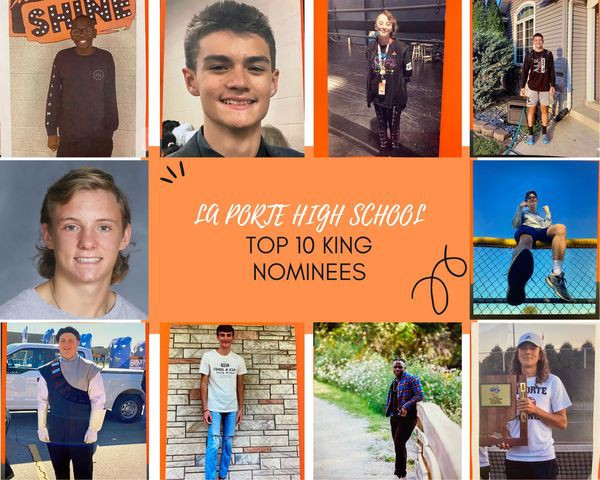 News from the LPHS Kitchen

We offer free breakfast throughout the 2020/21 school year. We also offer free lunch until December 31st or until our funds are depleted.

Work Readiness Student of the Year

La Porte High School is happy to announce a $500 scholarship for Jennie Martinez, nominated by Mrs. Muller, as the Work Readiness Student of the Year! Jennie is a 2020 graduate of LPHS. The check will be presented to Jennie, Mrs. Muller and Mr. Alber by Mike Riehle, President of Chamber Services for The LaPorte Economic Advancement Partnership (LEAP) and Nick Otis from Newby, Lewis, Kaminski, and Jones. Jennie has recently submitted her application for a cosmetology license and is eager to start her new profession. LPHS would like to congratulate Jennie for all of her hard work. We are grateful for the support from LEAP and Newby, Lewis, Kaminsky, and Jones for supporting our students.

We will not have school during our Fall Break on Thursday, October 22nd and Friday, October 23rd. We will return to school on Monday, October 26th. Please have a happy and safe break. 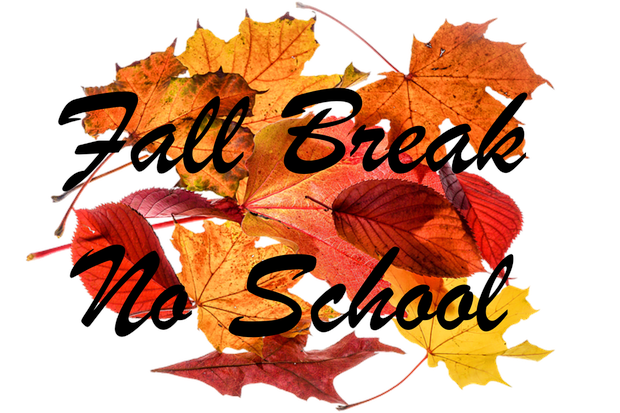 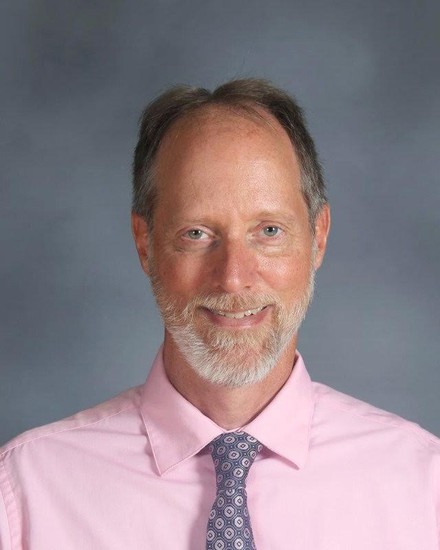 I wanted to let you know how much I've appreciated Mr. Sherrick as a teacher for my son. His communication to parents has been outstanding with a weekly newsletter letting us know what is coming each week in terms of assignments, tests/quizzes, and even basic concepts. However, what I appreciate so much more is the personal attention that Mr. Sherrick provides. My son is struggling a bit in his class and Mr. Sherrick has responded to every one of my emails regarding his performance. Most recently, he provided me with very detailed thoughts on what my son can do to improve his performance in his class (which, by the way, he told us in his newsletter would be one of the more challenging courses in his high school education!). What he provided was an excellent roadmap for a conversation that I will have with him on what he needs to do to improve his performance.

This has been a tremendously challenging year for everyone, and it can be very easy to chalk difficulties up to "COVID-19." I just want to let you know that you have a model TEACHER in Mr. Sherrick, and I very much appreciate him.

We feel the same way. Way to go, Mr. Sherrick. You are very deserving of a Slicer Shout Out!

Family and Community Engagement Services (F.A.C.E.S.) center would like to announce the LPHS parent representative for the parent advisory board is Carla Pillai. If you have questions or concerns regarding LPHS parent information please contact her at ckpillai2001@gmail.com. Please check out the FACES's Facebook page at LPCSC Family Resource Services for more information.

Follow Chris Alber
Contact Chris Alber
Embed code is for website/blog and not email. To embed your newsletter in a Mass Notification System, click HERE to see how or reach out to support@smore.com