"If you would use the word perfect, Pele is almost there. "

"If you would use the word perfect, Pele is almost there. " 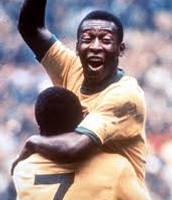 Thesis Statement: Edson Arantes do Nascimento experiences helped him become the greatest soccer player.
Pele was born Edson Arantes do Nascimento(Named after Thomas Edison) in October 23, 1940, in Tres Coracoes, Brazil. His family was in poverty and struggle. His father, a professional soccer player, but struggled to make money. In his young years, Pele would kick around a rolled up sock around his home, for they could not afford soccer equipment. He did not go to school until forth grade. He got terrible grades. He left school to become a shoemaker, but his dream was to be a soccer player. Espn reports, "As and adolescent, Pele joined a youth squad coached by Waldemar de Brito, a former member of the Brazilian national soccer team. De Brito eventually convinced Pele's family to let the budding phenom leave home and try out for the Santos professional soccer club when he was 15"(Espn). He made his international debut at age 16."17-year-old, playing with imagination and verve, ran circles around seasoned veterans."(Kirby)

These events in his life allowed him to be more mature, and eventually become the best soccer player. He also was able to pass his knowledge to other people. He has become into a smarter and better decision maker.

A little bit about his career 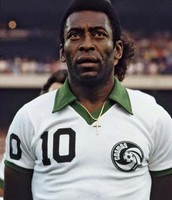 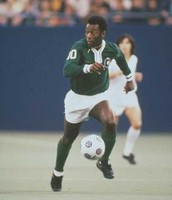 Pele sources
Paste in your blog/website to embed.