Paisley is using Smore newsletters to spread the word online.

Get email updates from Paisley: 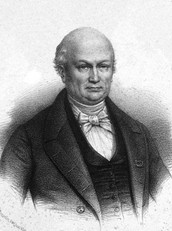 Geoffroy was born in Étampes, France on April 15th, 1772. He studied natural philosophy at Collège de Navarre in Paris. In June of 1793, Geoffroy was appointed a professor of Zoology at Muséum National d'Histoire Naturelle (Museum of Natural History). In 1794 he met Georges Cuvier, a French naturalist also appointed to the museum. Together they wrote the five memoirs on natural history. This is when Geoffroy became more interested In the field of zoology and evolution.

What is a naturalist?

A naturalist a person who studies natural history, such as studying plants and animals in their environment. They lean towards observational methods more than experimental methods of study.

Zoology is a branch of biology that relates to the animal kingdom. Zoology includes evolution, Geoffroy's major study and interest, classification, embryology, and habits of all animals both living and extinct. 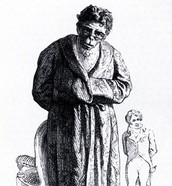 This is a cartoon of Geoffroy as an ape with Covier in the background.

Geoffroy had a theory that believed that birds evolved from reptiles.

Geoffroy was a deist among the many others at this time.

Geoffroy was a deist, which means he believes in a God, but also belives in a universe with no supernatural interference and does not interpret the Bible as the literal word of God. Geoffroy conceived a theory of saltational evolution that "monstrosities could become the founding fathers of new species by instantaneous transition from one form to the next."

Phocomelia- a disorder involving malformation of the limbs. (Coined by Geoffroy)

In 1798, Geoffroy was chosen a member of Napoleon's expedition to Egypt.

Appointed a professor of zoology at the French Museum of Natural History.

Click me to learn more about Geoffroy's life and career

Paisley is using Smore newsletters to spread the word online.