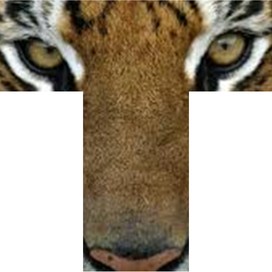 Tamanend is using Smore newsletters to spread the word online.

Get email updates from Tamanend:

You may not be able to see the TMS Sustainable Vegetable and Herb Garden YET, but it IS GROWING! Our Wellness Committee has been a true example of TMS GRIT in persevering toward this ambitious goal. 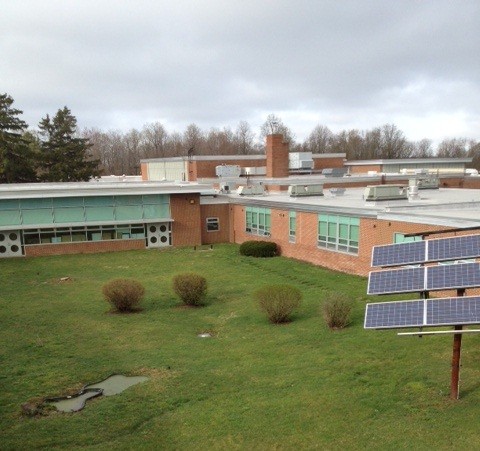 We want to thank the following people for volunteering their time and other important resources toward our TMS Garden effort so far:

Here are the things we still need to make our garden happen:

Again, we thank everyone for their support so far. Stay tuned as we post TMS Garden Grit Updates!

7th & 8th Graders will complete the PSSAs in Reading & Math today and tomorrow. After tomorrow, the 7th Graders are finished PSSAs for this year. 8th Graders will still have Science PSSAs on April 23 & 24. Please avoid making any appointments or trips for your students during these times... Thank you.

As we learn about the explosions that occurred at the Boston Marathon, our hearts go out to the people who have been injured or lost their lives. We think about their families and what they must be going through. We see on the news those who were immediately there to help... our police, emergency medical personnel, and countless others who are all working together to help others. It makes many of us wonder what we can do to help.

Tomorrow the American Red Cross will be at Tamamend for our community blood drive sponsored by our Service Club. This was our normally scheduled Spring Blood Drive and many of our Tamanend staff, parents, and community members have already signed up for this lifesaving event. We are aware that the Red Cross website has been inundated by people reaching out to donate blood and help in other ways. Please check our Tamanend web page for updates on our Blood Drive. Thank you for being Tamanend Together in service to others.

A FREE parent workshop called "Parenting in High Tech Times" is being offered on April 17th from 8:30 a.m. to 10 a.m.. at the Central Bucks Chamber of Commerce Building. Technology has provided many opportunities and it has also provided countless unique parenting challenges. You do not want to miss this dynamic, informative and insightful presentation featuring business leaders and educational experts.

ALL TMS parents are encouraged to come out and participate in this Tamanend Tradition. We will magically turn our school entrance, cafeteria, and gym into a themed ballroom for a Freshman Dance that our 9th Graders will never forget... well, it isn't really magic that does it. It is the dedication of our TMS parents! 7th, 8th and 9th grade parents are needed. Please plan to attend on Thursday, April 18th at 7 p.m.

Tamanend is excited to host this exciting event. For more information and tickets, click here: http://www.cbsd.org/ACappellaFestival/Pages/default.aspx.

Help Tamanend While You Shop or Recycle

If you use the following vendors, please think about supporting TMS while you shop and recycle:

At the April 9, 2013 School Board Meeting, the Central Bucks School District School Board:

1. Heard the Lenape Jazz Ensemble performance before the school board meeting and via video, the Pledge of Allegiance was led by Mrs. Egan’s 4th grade Warwick class.

2. Heard the Academic Spotlight about Google Science Fair which is a new way for students to showcase their work for a global audience. Dr. George Mehler presented the program and showcased some student work.

10. Received Sabbatical Leaves of Absence and the Board Calendar as information items.

Highlighted in a Previous Tamanend Connections: 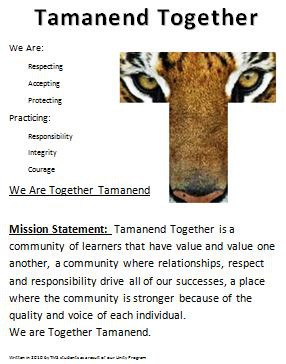 Tamanend is using Smore newsletters to spread the word online.