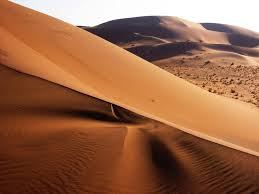 The Namib is a coastal desert in southern Africa. It holds the Mocamedes desert also its neighboring the Kalahari desert,also its uninhabited.

The cape of good hope is a rocky headland on the coast of the Cape peninsula in South Africa. Bartholomeo Dias who was the first European to make it to the cape and he named it "cape of storms". John 2 from Portugal named it too the "Cape of Good Hope".

Johannesburg is the largest city in South Africa. It has a population of 3,888,180 people. Gold was first discovered in 1886. San Tribes were the first people to live there. By the 13th century Bantu people started to move there.

The Zambezi is the forth longest river in Africa,and the longest flowing to the Indian Ocean from Africa. Many countries live by the Zambezi here are some Zambia,Zimbabwe,Nambia,Mozambique,Angola.

The Limpopo rises in Central South Africa and floes eastwards to the Indian ocean. The Limpopo is close to many countries here they are South Africa,Zimbabwe,Botswana, and Mozambique. Also it is around one city Xai-Xai.

Lusaka is the capitol and largest city in Zambia. The city holds 1.7 million people. English is the official language of Lusaka.

Cabinda is an exclave and province of Angola, a status that has been disputed by many political organizations in the territory.The capital city is also called Cabinda.

The Orange River, Gariep River, Groote River or Senqu River is the longest river in South Africa. It rises to the Drakensburg mountains in Lestho. Flowing through South Africa and going to the Atlantic Ocean.

Victoria Falls is a waterfall in southern Africa on the Zambezi River at the border of Zambia and Zimbabwe.Livingstone named his discovery in honour ofQueen Victoria.

Follow Jonathan McGill
Contact Jonathan McGill
Embed code is for website/blog and not email. To embed your newsletter in a Mass Notification System, click HERE to see how or reach out to support@smore.com
close