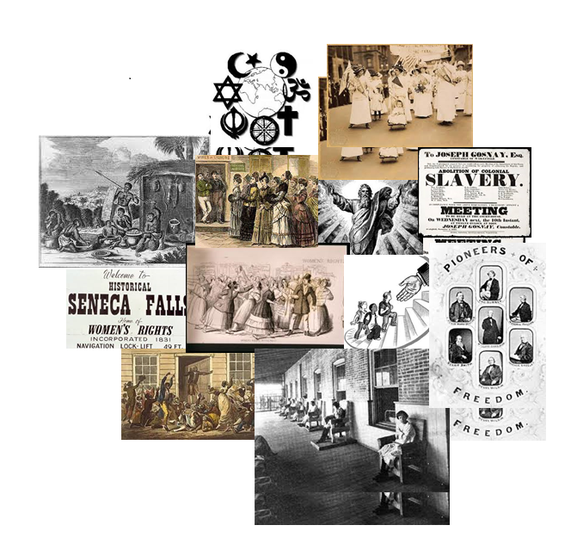 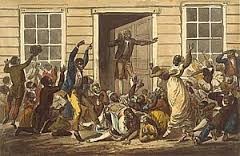 As people began to emphasize individualism, they began to latch onto new ideas and ideals in their everyday lifestyles. As they continued to do this, the United States developed Societal and Religious changes and enlightenment.

This is especially important to today because without it there would not be very many different denominations, or variations of religion as well as specific freedoms towards groups of people who would have otherwise been oppressed. 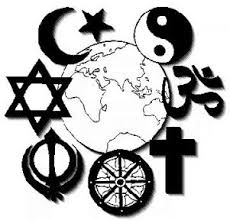 As people began developing new ideas, they developed new religions. These consisted of more equal communities where people began to introduce the idea of true social equality and avoidance of ignorance over materialism.

This is important to life today because without these ideas, the oppressed groups, the slaves and women, wouldn't have been able to fend and defend themselves for better lives, so life would still be very segregated today without it. 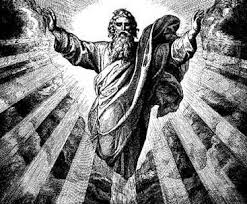 Not only did the people begin to explore religion, but also philosophy. With transcendentalism, the US people believed that one could achieve perfection if overcoming materialism, so, they chose to live a new style of life close to nature but far from traditional religion.

This is important to life today because the people involved in it were particularly intellectual, resulting in great exploration and discovery for the future. 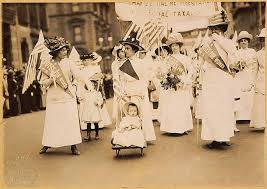 While people continued individualism, the US citizens, especially women, began to see the faults in the systems of the country. With this Women fought against things like selling alcohol, pubic vs private education, and institutions to those in need.

This was important as it introduced better run systems that we still use today in addition to ideas that will also be later introduced for safety in the future. 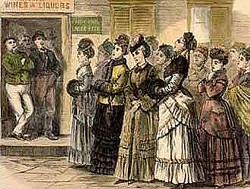 Women played a large part in moral reform in the United States. Women were able to help through events such as the Seneca Falls Convention as they proceeded to contribute to the changes in multiple popular topics of the time as the US made major transitions of the time.

This In crucial to life today because without this women would not be presented as equal in our society after all the hard work they put into various issues of the US. 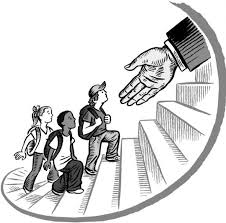 Before this reform, not many were exposed to adequate education unless they were placed high in society and were able to attend a private school. With this, middle class children were then able to receive education free of charge in an improved and energized environment.

This is exceptionally important because the public school system in the US today is what produces hard working, and ready citizens into our society, encouraging ALL children to participate equally. 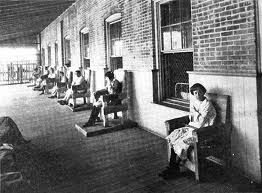 As women began to open their eyes, they saw an opportunity to improve the conditions of the facilities that were there for those who were disadvantaged. They decided to provided stable and safe environments for people in institutions such as mental hospitals, prisons, and poorhouses.

This is important to today because this change heightened the view on living conditions for all, causing revisions to ideas based off of social provisions. 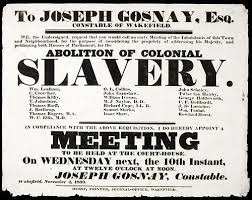 After the US people became enlightened in their new and reemphasized religions, they realized that they must continue God's will that all are created equal , causing some to simultaneously oppose slavery. This resulted in a newfound rivalry between some as many northerners and slaves were in favor of the Abolition of slavery.

This event is very important to today because it was the largest candidate of favor contributing to the US civil war, causing slavery to later be abolished before current time. 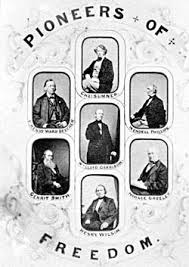 Abolitionists were the people in favor of getting rid of slavery, and many were pulled as a result of popular publications. As these evolved, more and more became involved in the nonviolent resistance at different levels of agreement and in different social groups.

These people are crucial to life today because they were the bare minimum of the unequal resistance and pose as a long standing base against cruel human activity supported by the government. 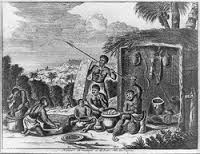 While slavery began to be opposed by most northern states, activists decided they had a goal of ending it nationally, so they established colonies for the freed slaves to live (Liberia). They believed that this would help those who were skeptical about it change their minds in favor of abolition.

This caused the African Americans to believe that the Americans would rather send them off than help them, so its important to today in the fact that it changed some of the abolitionists minds as a result. 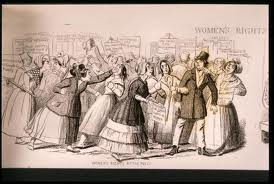 After Women became very involved in reform movements, they began to spur the idea that they needed stable rights inured to gain these things for others. So they began to expand on rights for themselves through organized movements and motivated leaders.

This is important to today because women would not be view of as equal to men in as political ways without the hard work of these brave women. 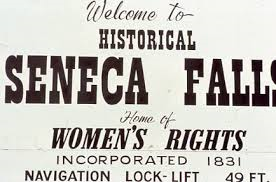 As women began their insight, leaders such as Susan B Anthony, Elizabeth Cady Stanton, and Lucy Stone introduced themselves into the picture as strong believers to struggle for reforms called for at conventions. They proceeded to write the Declaration of Sentiments after the Declaration of independence to illustrate and establish their will for equality.

This is important to today because these women did achieve improved rights for the women now, and act as inspiration to the feminists of the future.