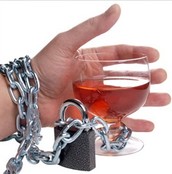 There are different types of alcohol and they have different percentages of how much alcohol is actually in the substances. Liquor is definitely is much much stronger than beer and is way more poisons to the human brain. The more alcohol that is consumed the more the human brain will crave the substance. Alcohol can hurt someone emotionally and physically. The addiction can ruin friendships and close relationship. As well as marriages and ruining childerns lives, to much alcohol can cause people to do things that they usually don't do when they're sober. You may choose to get in the car while intoxicated risking your own life and others. You may become abusive and not yourself. you can damage your liver and the way your brain functions.

The main substance in cannabis that causes the effects on the brain is a chemical called tetrahydrocannabinol(THC). Effecting the brain in such ways as memory loss or effecting learning skills. Soon the brains starts wanting other drugs such as heroine because it's a stronger substance. Some people began to lose neurons in their hippocampus. People generally usually this substance for the feeling of relaxation and making them full chilled out. Most people have the "munchies" after using the substance. Very common for teens to use because it's easy to get and most people tend to get peer pressured into using it or trying it. the substance is intend for use of a psychoactive drug or medicine.

People Should NEVER Depend On Drugs 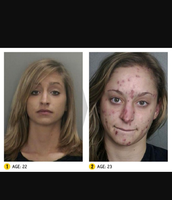 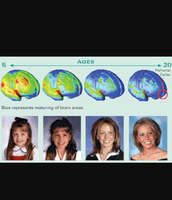 Wouldn't want to ruin that 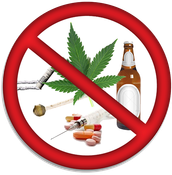 Drug Free Is The Way To Be

Drugs Don't Save Lives They Ruin Them

The chemical name for cocaine as you may have heard is crack. It has founded this name because of the "cracking" noise made when being dissolved. The substance is used in three different ways. One way is snorting which causes the chemical to be absorbed through nasal tissues using the chemical this way last about 15-30 minutes. Two, the chemical can be dissolved in water and injected straight into the bloodstream. Three, the chemical can be smoked like mean other drugs taking effect for 5-10 minutes. The desired effect is the energy and euphoria(intense happiness and self confidence). Cocaine is very powerful and addictive most addicts use it rapidly and very repeatedly. Dangerous physical effects are things like racing heart beat and blood pressure. effects of the brain are the central nervous system and regulating pleasure and movement. This substance is a rock that can be dissolved into water, a or crushed into a powder substance.

Many people know of rehab, a place where several different types of people can go for different detoxification reasons, such has over dosage, addiction, alcoholic, very toxic relationships. Some people don't have family support so places like these will help people out a lot as long as they're a balanced community area.

These are the substances and how long they can last one in your system. LSD 12 hours, Peyote 12 hours, Psilocybin takes 20 minutes to got into effect and last about 6 hours, and PSP 4-6 hours. These substances are usually known as acid, compounds found in plants. These chemical drugs are very dangerous and can be very damaging to the brain and human body. Causing hallucinations( a sensory experience of something that doesn't exist outside of the mind caused by a reaction of a certain toxic substance). Also hurts a persons perspective on reality. this chemical is usually found in a type of pill and very expensive street drugs.

Heroin is an opioid drug that is synthesized from morphine a naturally occurring substance extracted from the seed pod of the Asian opium poppy plant. Opioid receptors are located in brain stem which controls blood pressure, arousal and respiration. The substance is used by injection which can cause HIV or HCV, inhaled by snorting or sniffing or smoked. This substance is delivered to the brain very fast leading to high risk addiction. this drug can also cause liver and or kidney disease.

Meth is taken orally, smoked, snorted, or dissolved in water or alcohol and injected. Gives the intense rush known as euphoria. Meth can be prescribed by a doctor to treat attention deficit hyperactivity disorder. People who use meth for a long period time may experience anxiety, confusion, insomnia and mood disturbances. Meth made in the United States in "meth labs" most of the place are found in apartment complexes.

Most people or that start smoking don't usually stop. Nicotine is very addictive but sold in cigarettes which can be bought at the age 18 all around the untied states. It can cause collapsed lungs and lung cancer. Second hand smoking can also cause these problems without people knowing that's why most adults smoke outside and keep children away

Painkillers are very addictive and usually prescribed by a doctor sometimes very easy to get. People get very addicted to these after major surgeries and they have to go to rehab to have to be eased away from the drugs! Vicodin and OxyContin are two of the strangest drugs that people have a problem with. These drugs cause people to have the feeling of a numb body and it makes the brain think that they can't live without them causing the addiction.

Follow Chassity France
Contact Chassity France
Embed code is for website/blog and not email. To embed your newsletter in your email, click HERE to see how or reach out to support@smore.com