Get email updates from Annette:

a newsletter for citizen scientists

a newsletter for citizen scientists 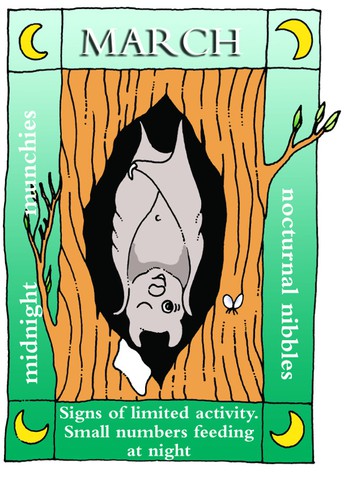 PCC is preparing for the migration of returning bats to NW Indiana. The chapter just spent $3500 on monitoring equipment for collecting data during the 2020 bat season; April-October. They also voted to send our member-ecologist, Tammy Patterson to Acoustic Monitoring Training. All the bat adoptions are adding up to a wonderful program that we will be able to share with adopters this summer in Bat Night Hikes and citizen science opportunities.

SPECIAL thank you to the IWLA Indiana Division Endowment for providing $1500 for BrandenBark habitat to add to the current Bat Cove project on PCC conservation property. All the pieces are coming together and Porter County Chapter is proud to start this important work on behalf of the whole Izaak Walton League of America and the community. 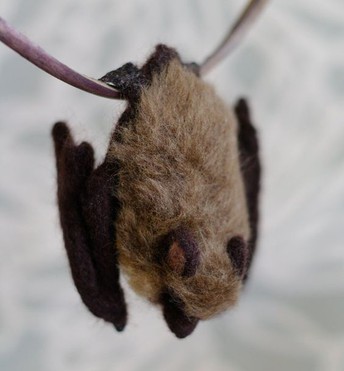 Bats are not to blame for coronavirus. Humans are.

(FYI: The bats described here are NONE of the species we find in Indiana)

Reclusive, nocturnal, numerous -- bats are a possible source of the coronavirus. Yet some scientists concur they are not to blame for the transfer of the disease that's changing daily life -- humans are. Zoologists and disease experts have told CNN that changes to human behavior -- the destruction of natural habitats, coupled with the huge number of fast-moving people now on Earth -- has enabled diseases that were once locked away in nature to cross into people fast. Scientists are still unsure where the virus originated, and will only be able to prove its source if they isolate a live virus in a suspected species -- a hard task.

When a bat is stressed -- by being hunted, or having its habitat damaged by deforestation -- its immune system is challenged and finds it harder to cope with pathogens it otherwise took in its stride. "We believe that the impact of stress on bats would be very much as it would be on people," said Cunningham. "It would allow infections to increase and to be excreted -- to be shed. You can think of it like if people are stressed and have the cold sore virus, they will get a cold sore. That is the virus being 'expressed.' This can happen in bats too."

Pathogens that have evolved in bats can withstand a high body temperature, so a human fever will not work as a defense mechanism. In the likely epicenter of the virus -- the so-called wet-markets of Wuhan, China -- where wild animals are held captive together and sold as delicacies or pets, a terrifying mix of viruses and species can occur. "If they are being shipped or held in markets, in close proximity to other animals or humans," said Cunningham, "then there is a chance those viruses are being shed in large numbers." He said the other animals in a market like that are also more vulnerable to infection as they too are stressed. "We are increasing transport of animals -- for medicine, for pets, for food -- at a scale that we have never done before," said Kate Jones, Chair of Ecology and Biodiversity at University College London.

But viruses that are extremely similar to the one that causes Covid-19 have been seen in Chinese horseshoe bats. That has led to urgent questions as to how the disease moved from bat communities -- often untouched by humans -- to spread across Earth. The answers suggest the need for a complete rethink of how we treat the planet. 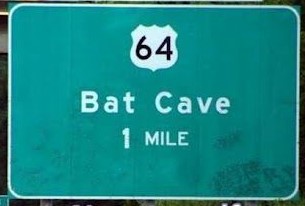 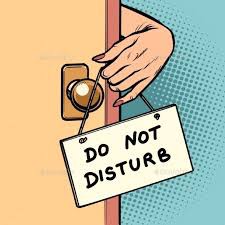 do not disturb the bat cave

Because bats hibernate in large numbers in only a few caves, they are extremely vulnerable to disturbance. During hibernation, they cluster in groups of up to 500 per square foot. Since the largest hibernation caves support from 20,000 to 50,000 bats, it is easy to see how a large part of the total population can be affected by a single event. Episodes of large numbers of Indiana bat deaths have occurred due to human disturbance during hibernation.

The commercialization of caves – allowing visitors to tour caves during hibernation – drives bats away. Changes in the structure of caves, such as blocking an entrance, can change the temperature in a cave. A change of even a few degrees can make a cave unsuitable for hibernating bats. Some caves are fitted with gates to keep people out, but improper gating that prevents access by bats or alters air flow, temperature, or humidity can also be harmful. Properly constructed gates are beneficial because they keep people from disturbing hibernating bats while maintaining temperature and other requirements and allowing access for bats. 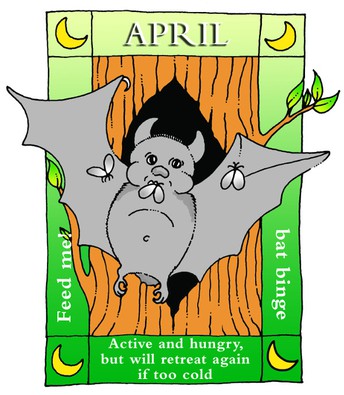 Bats are on their way!

The Indiana bat annual cycle includes 4 major phases: winter hibernation, spring migration, young rearing, and fall migration and swarming. Hibernation begins in mid to late October and extends to the following April. The non-hibernating period, called the active season, extends from mid-April through October. By late April, most bats have migrated to their summer areas. Although varying with latitude, the active period is generally mid-May through July. By early mid-September, most bats begin their migration back to their hibernacula and are hibernating by early November.

Find out more about the Indiana Bat here!

Email pictures of your creative bat pieces to Annette Hansen at executivedirectoriwlapcc@gmail.com It may be featured in the Chiroptera Monthly. 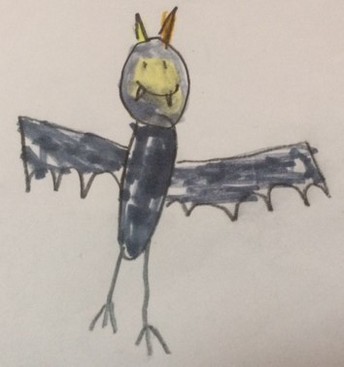 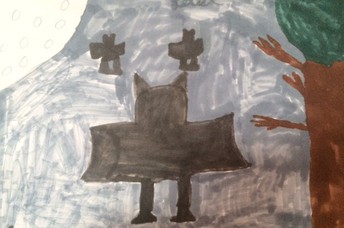 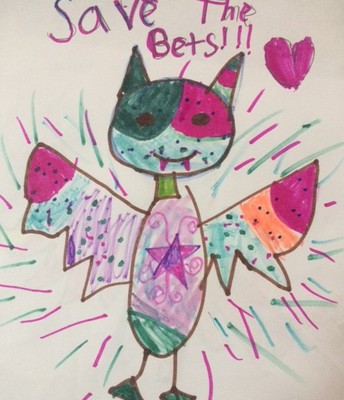 Learn their parts, print worksheet and you identify a bat's body parts 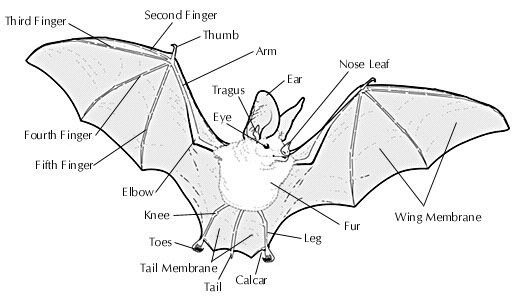 print and complete worksheet below 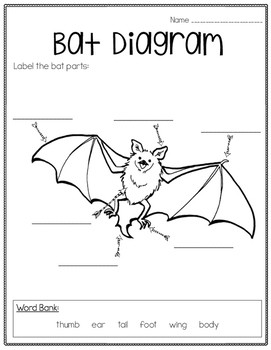 Get your friends and family involved...

Follow Annette Hansen
Contact Annette Hansen
Embed code is for website/blog and not email. To embed your newsletter in a Mass Notification System, click HERE to see how or reach out to support@smore.com
close