The God of Earth

The God of Earth

Chaos was said to be the creator of all he created all mystical creatures and was the father, without chaos there would be no zues poseidon or even athena. In one ancient Greek myth of creation, the dark, silent abyss from which all things came into existence. According to the Theogony of Hesiod, Chaos generated the solid mass of Earth, from which arose the starry, cloud-filled Heaven. Mother Earth and Father Heaven, personified respectively as Gaea and her offspring Uranus, were the parents of the Titans. In a later theory, Chaos is the formless matter from which the cosmos, or harmonious order, was created. Chaos or Khaos is the primeval state of existence from which the first gods appeared. In other words, the dark void of space. It is made from a mixture of what the Ancient Greeks considered the four elements: earth, air, water and fire. For example, when a log is burned, the flames were attributed to the fire in it, the smoke the air in it, the water and grease that come from it were supposed to be the water, and the ashes left over were the earth.

Ovid, in his Metamorphoses, described Chaos as "rather a crude and indigested mass, a lifeless lump, unfashioned and unframed, of jarring seeds and justly Chaos named". From that, its meaning evolved into the modern familiar "complete disorder". Chaos's main characteristics include: 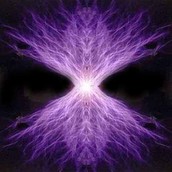 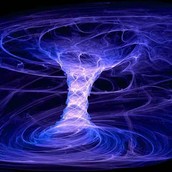