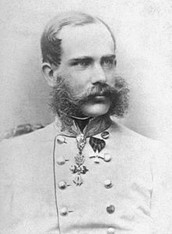 Francis Joseph became Emperor at age 18, he reigned from 1848-1916. During his reign he did not support Russia during the Crimean War, losing their support. He was the last major Hapsburg monarch. He divided his empire into the Dual Monarchy, where Austria and Hungary coincide as equal. He formed an alliance in 1879 with Prussian-led Germany, and in 1914 his ultimatum to Serbia led Austria and Germany into World War I.