Get email updates from courtney:

TOGETHER WE CAN SAVE THE MANATEES

TOGETHER WE CAN SAVE THE MANATEES

The Florida manatee, is a large aquatic relative of the elephant. They are grayish brown in color and have thick, wrinkled skin on which there is often a growth of algae. Their front flippers help them steer, or sometimes crawl, through shallow water. They also have powerful, flat tails that help propel them through the water. Despite their small eyes and lack of outer ears, manatees are thought to see and hear quite well. Manatees are sometimes called sea cows, and their languid pace lends merit to the comparison. Since manatees are herbivores, their diets consist of mostly of sea grasses and freshwater vegetation.

Manatees can be found in the warm waters of shallow rivers, bays, estuaries and coastal waters. Rarely do individuals venture into waters below 68 degrees Fahrenheit. Manatees take up residence primarily in Florida’s coastal waters during winter. Some individuals migrate as far north as the Carolinas or as far west as Louisiana in summer.

Top reasons why manatees are endangered

Boat strikes are one of the leading causes of death for these gentle, highly endangered marine mammals. Yet a small, but vocal group of extremists is fighting hard to stop much-needed new protections for manatees. Just last year, 83 manatees died in Florida from watercraft-related incidents. Scientists project that unless this cause of death is curtailed, the manatee population will not recover.

Just like dolphins and sea turtles, manatees can easily get themselves entangled in fishing line while feeding. This is because manatees feed by grasping their upper lips and flippers on to aquatic vegetation. 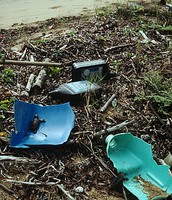 The greatest long-term threat to manatees involves the loss of warm-water habitat that manatees need to survive. At temperatures below 68 degrees Fahrenheit, the stress of the cold can become dangerous, or even fatal. 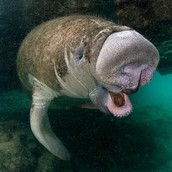 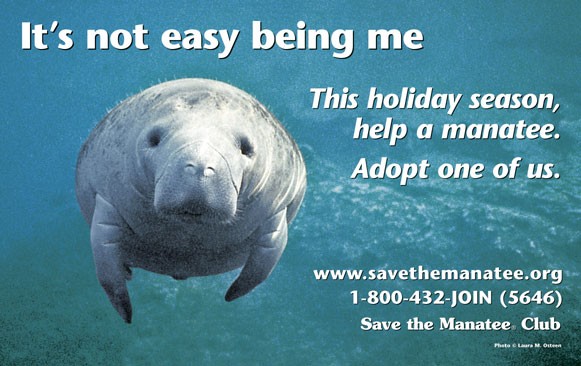