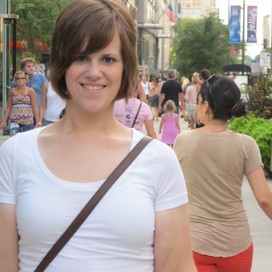 Cyber Bullying - Don't be part of the problem

As the world becomes more and more digitized, the online world becomes a little harsher. Cyber bullying can effect anyone and it is a serious problem today. Online harassment and hatred effects people in their everyday real life and can lead to low self esteem, depression, self-mutilation, and suicide.
THE CYBER BULLYING VIRUS

What is Cyber Bullying?

What is cyberbullying, exactly?

"Cyberbullying" is when a child, preteen or teen is tormented, threatened, harassed, humiliated, embarrassed or otherwise targeted by another child, preteen or teen using the Internet, interactive and digital technologies or mobile phones. It has to have a minor on both sides, or at least have been instigated by a minor against another minor. Once adults become involved, it is plain and simple cyber-harassment or cyberstalking. Adult cyber-harassment or cyberstalking is NEVER called cyberbullying.

Children have killed each other and committed suicide after having been involved in a cyberbullying incident.

Cyberbullying is usually not a one time communication, unless it involves a death threat or a credible threat of serious bodily harm. Kids usually know it when they see it, while parents may be more worried about the lewd language used by the kids than the hurtful effect of rude and embarrassing posts.

Cyberbullying may rise to the level of a misdemeanor cyberharassment charge, or if the child is young enough may result in the charge of juvenile delinquency. Most of the time the cyberbullying does not go that far, although parents often try and pursue criminal charges. It typically can result in a child losing their ISP or IM accounts as a terms of service violation. And in some cases, if hacking or password and identity theft is involved, can be a serious criminal matter under state and federal law.

When schools try and get involved by disciplining the student for cyberbullying actions that took place off-campus and outside of school hours, they are often sued for exceeding their authority and violating the student's free speech right. They also, often lose. Schools can be very effective brokers in working with the parents to stop and remedy cyberbullying situations. They can also educate the students on cyberethics and the law. If schools are creative, they can sometimes avoid the claim that their actions exceeded their legal authority for off-campus cyberbullying actions. We recommend that a provision is added to the school's acceptable use policy reserving the right to discipline the student for actions taken off-campus if they are intended to have an effect on a student or they adversely affect the safety and well-being of student while in school. This makes it a contractual, not a constitutional, issue.

Learn about the 4 Types of Cyber Bullies

The Revenge of the Nerds... "Mean Girls" is not *just* a movie. Inadvertent Bully Vengeful Angel To read up on these 4 types of bullies, click the link below! http://www.stopcyberbullying.org/educators/howdoyouhandleacyberbully.html

Learn about the basics of Cyber Bullying and what to do about it.

What YOU should know about Cyber Bullying Video

What's important for YOU to know about Cyber Bullying? As a parent, peer, or student. http://www.youtube.com/watch?v=Yhn5ZEHFKWA

STOP cyberbullying: What methods work with the different kinds of cyberbullies? 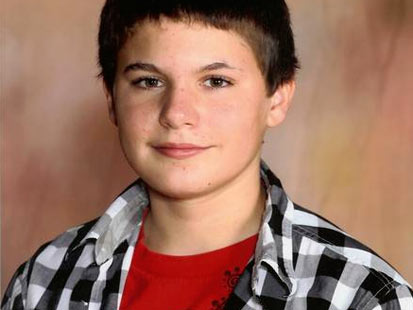 Cyberbullying: What It Is and What to Do About It

abcnews.go.com
As the outrage and outpouring of emotion continue over the suicide of Jamey Rodemeyer, the American public continues to wake up to the exceptionally serious nature of cyberbullying. The response has been swift in some areas -- Lady Gaga has aggressively spoken out about this death, and New York is working to strengthen cyberbullying laws. This furor is helpful in some ways, useless or distracting in others.
ABC's of Education: Cyberbullying

A Curriculum Prevention Guide for grades 6-12

Understanding the epidemic of bullying across the globe is not a simple task. This already difficult task becomes even more difficult when you throw the many unique mechanisms of cyber bullying into the mix. By understanding cyber bullying statistics, you will gain a more holistic understanding of the problem facing youth around the world. You will also be better equipped to help your child deal with these issues.

The CDC states that bullying victims are 2 to 9 times more likely to commit suicide or attempt it than those who do not experience bullying. This is not just true for the victims of bullies, but it is also true for the bullies themselves. Bullies are often the product of an abusive environment and are likely to be victims of bullying themselves. These specific numbers come from the 2011 Mortality and Morbidity report that the CDC issued. In the report, CDC professionals cite a correlation between bullying and higher suicide rates.