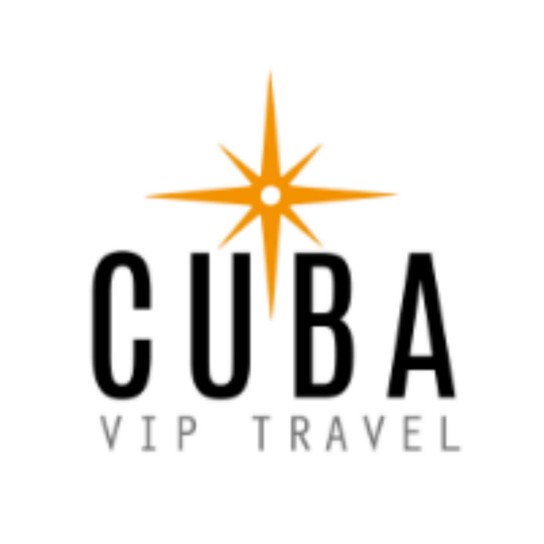 Please note that this itinerary is subject to constant revision as we continue to make your visit to Cuba a magical and unforgettable experience. 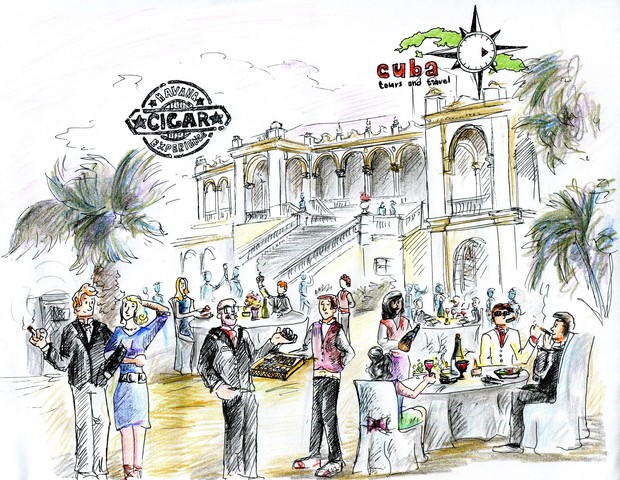 This quiet activity on the Malecón, the iconic avenue that wraps around Havana along the Caribbean, will serve as a moment to take in the City of Havana and stroll the neighborhood around the hotel, while you enjoy your welcome to the Havana Cigar Experience with a Cohiba cigar. The group will have the opportunity to relax for a moment after checking to your Five-Star hotel, the Cohiba, located on the Malecón and offering the best accommodations and amenities available, breathtaking views and a central location in Havana’s beautifully eclectic Vedado neighborhood.

The welcome cocktail reception will take place at the Casa del Habano at Club Habana, the exclusive club, overlooking the Caribbean, that was founded in 1928 as the Biltmore Yacht and Country Club. Cocktails and heavy hors d’oeuvres will be accompanied by words of welcome from Mr. Fernando Fernandez, Cuba's premier Cigar Sommelier. And you will enjoy live, traditional Cuban music. You will receive a cigar chosen by Fernando Fernandez to enjoy at your leisure with a complementary Cuban cocktail, embraced by an ambience nearly frozen in time where, since the 1920’s, the most serious and informed cigar connoisseurs have enjoyed the perfect smoke. 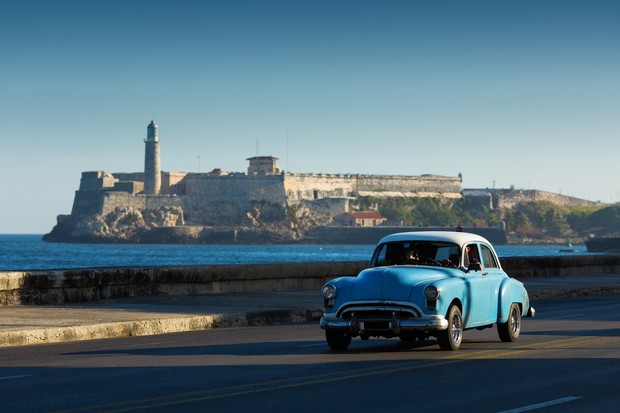 The participants will be split into Group 1 and Group 2

A guided tour of one of the Cuba’s oldest cigar factories, founded in 1845 by “Don” Jaime Partagas y Ravell, will give you a first-hand look at the manufacturing of the Habano. You will also have the opportunity to meet and speak with the master rollers that have inherited and will pass down the fine art of rolling the best cigars in the world. Located in the historic colonial district of La Habana Vieja, the factory also has a VIP lounge and a store, offering the US connoisseur the rare opportunity to purchase and smoke a Cuban cigar at the source made by the master rollers at Partagas.

Located in Havana’s most culturally vibrant and densely-populated neighborhoods, right on the city’s “Central Park”, the Hotel Parque Central is comprised of a perfectly restored colonial tower and a modern tower connected by an underground tunnel. Both towers boast rooftop terraces with swimming pools, creating an oasis in the heart of Havana. You will enjoy a lovely lunch of international cuisine, phenomenal views and of course, a great smoke after lunch.

A natural pedestrian route from Paseo del Prado is to turn down one of the side streets that takes you right into the heart of Old Havana, the mostly restored yet still provocatively time-worn colonial district. A living, breathing monument to architecture spanning from 16th Century Spanish to early 20th Century Neoclassical, a guided stroll by the City Historian’s Office will take you through the five large plazas, each with their unique architectural character. Throughout the district, there is a mix of baroque and neoclassical monuments and a homogeneous ensemble of homes with arcades, wrought iron gates and internal courtyards. 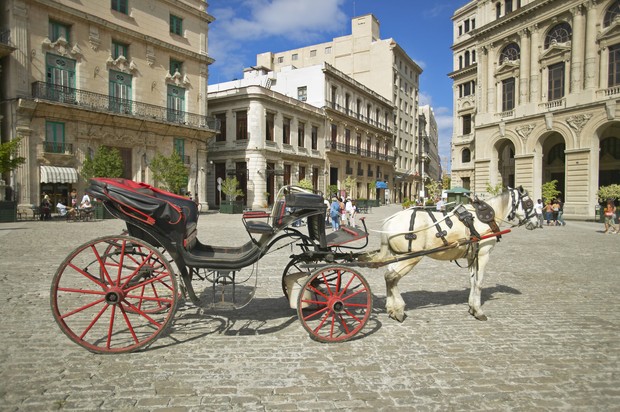 Considered one of the best restaurants in Havana, if not the best, the paladar is set in an early 20th Century mansion. The cuisine is classic Cuban Creole, and rated five-star by food critics and publications worldwide. The cluttered and eclectic decor creates a very inviting ambience to match the spectacular cuisine. President Obama recently dined here and was hosted by restauranteur Carlos Cristobal Marquez Valdes seen here with the President. 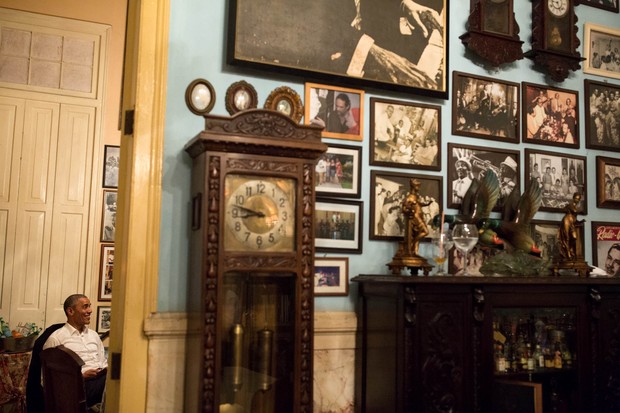 You will leave Havana toward the furthest Western province, Pinar del Rio, where you’ll visit the Vinales Valley. The drive will take you through some of the most lush and verdant landscapes in Cuba where the best tobacco in the world grows. Declared a Heritage Site by UNESCO, the Vinales Valley features unusual limestone mountains called “mogotes” or haystacks, which come right out of the valley floor. This trip will also include a visit to a Tobacco farm.

Enjoy a traditional Cuban farm to table feast at this beautiful world-renowned location in the middle of Cuba’s breathtaking countryside. You will also enjoy traditional live Cuban music.

Tonight dinner is in a paladar of your choice from a list of the best restaurants in Havana. Choose from the hottest places in Havana’s booming culinary scene. Your tour guide will help you with selection and making reservations. This is an opportunity to get away from the larger group and dine with a smaller group of friends. You will travel by taxi which we will help you get and your return will be arranged by the establishment. The cost of this meal is not included in the price of the trip. 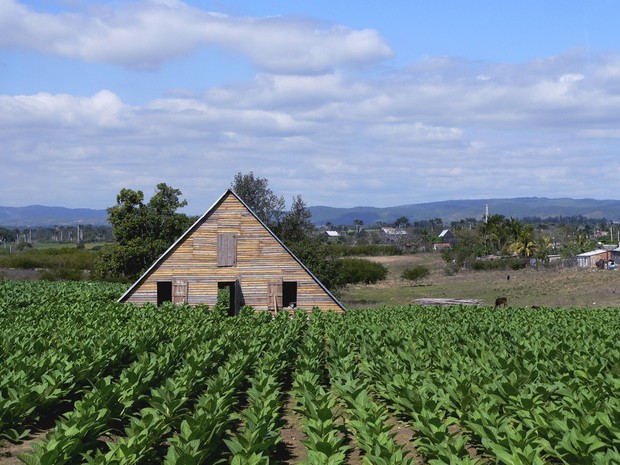 Prior to 1959, Cuba was a favorite destination for the “mob”. A Havana “Mafia Tour” will trace the antics of Meyer Lansky, financier for the Hotel Riviera; you’ll visit Hotel Sevilla that housed one of Al Capone’s favorite casinos and the Hotel Capri, financed by Hyman Roth and owned by the mob boss Santo Traficcante, which was also the fictional location for scene from The Godfather.

Just a few miles from downtown Havana, in the middle of a tiny tropical rain forest is Rancho Palco, a sprawling venue of thatch-roofed buildings, decorated in a very traditional country Cuban style, with a touch of elegance. You will enjoy an actual “campesino” meal of roasted pig, done in the most authentic rural style, accompanied by rural Cuban music performed live.

No Mafia Tour would be complete without a visit to Havana’s iconic Hotel Nacional. The Hotel was the favorite hotel of the era, founded in 1924 and located high on a coral rock bluff looking out over the Caribbean and the opening of Havana Harbor. The hotel features an eclectic architectural style, reflecting Art Deco, Arabic, Hispano-Moorish, and both neoclassical and neo-colonial elements. The resulting unique example of so many schools of architecture is the most unusual and interesting hotel in the Caribbean. Enjoy cocktails, and a cigar on the glorious natural coral rock terrace of the hotel.

One of Havana’s best and most famous restaurants, La Guarida was the location for the filming of Cuba’s internationally acclaimed film, “Fresa Y Chocolate” (Strawberry & Chocolate). It has since been transformed into an absolute must for any traveler to Havana. After dinner, you can enjoy a smoke at the rooftop bar with breathtaking views of Havana. 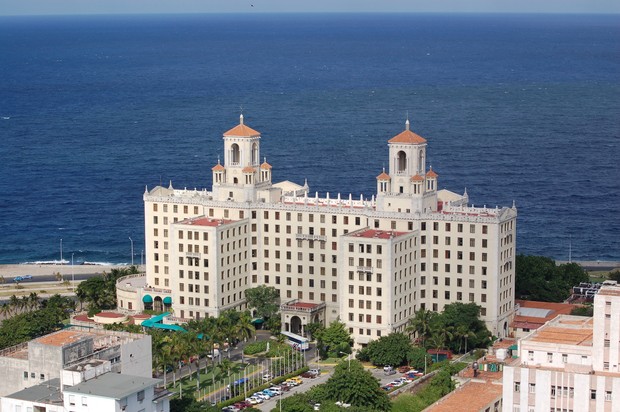 [10:00 am] - Conference by Fernando Fernandez at Palacio de las Convenciones

Professor Fernando Fernandez will impart a ninety minute conference explaining the actual current Cuban cigar production strategy and structure and its worldwide distribution network. During what can be perceived as an introduction of the true Cuban cigar to the US market, Mr. Fernandez will also discuss the foundations, as well as history and culture of the Cuban “puro”, as the cigar is affectionately referred to for its quality and its pureness.

Lunch is in a paladar of your choice from a list of the best restaurants in Havana. Choose from the hottest places in Havana’s booming culinary scene. Your tour guide will help you with selection and making reservations. This is an opportunity to get away from the larger group and dine with a smaller group of friends. You will travel by taxi which we will help you get and your return will be arranged by the establishment. The cost of this meal is not included in the price of the trip.

A very special pairing will be designed for the farewell dinner at Club Habana. During what promises to be a magnificent and unforgettable smoke, a silent auction will take place featuring an original work of art by Milton, “the Cuban painter of the tobacco” and a one-of-a-kind humidor by artist Rene Roque. The funds raised from the auction will be donated to Barrio Habana, a community project devoted to underprivileged children of La Habana Vieja. The project organizers will give a brief presentation on their mission and accomplishments. 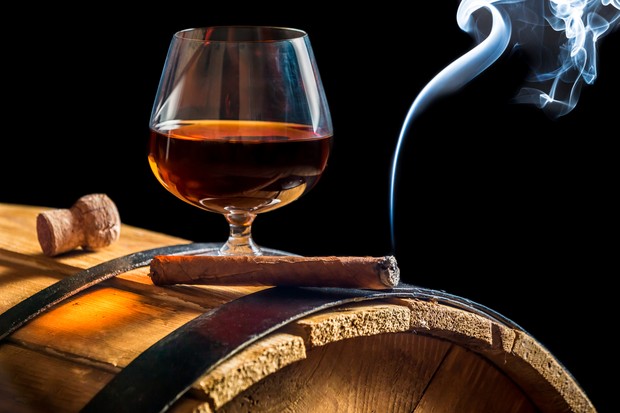 Famed, award-winning musicians and musicologists, married since 1973, Faya and Cordova have collaborated as musicians, professors and researchers of Cuban music for decades. Recipients of multiple national awards for the accomplishments, they will be joined by a quartet of musicians who will take us on a musical journey thru the history of Cuba. This will be an interactive experience, with the audience encouraged to engage the speakers and the musicians.