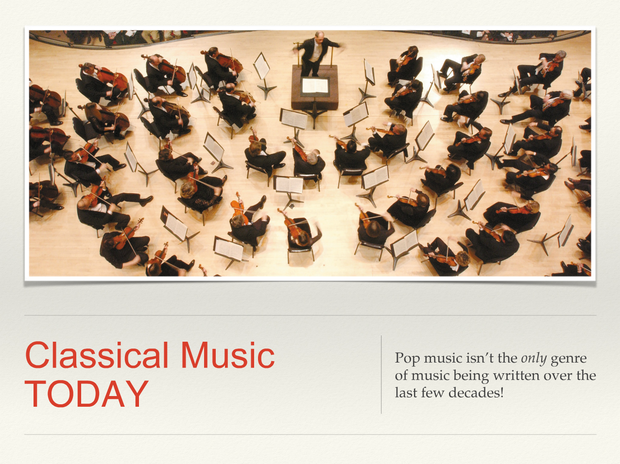 What Are We Studying Next?

In the US, by the early 1940s, swing had become the most popular musical style and remained so for several years. Bandleaders such as the Dorsey Brothers often helped launch the careers of vocalists who went on to popularity as solo artists, such as Frank Sinatra, who rose to fame as a singer during this time.

In the 1950's, the styles of Pop Music, R & B, Rock & Roll, Blues and Country Music all had an explosion of popularity and influence on the culture of America. The era of Rock & Roll has begun.

Please be sure to cite your sources in your work. Please also remember to use your own words. If you use something word for word from one of your sources, please be sure to put quotation marks around it. Have questions? Drop me an email! I'm happy to help.

You can always submit your work early (with the exception of the final exam). For all projects and assignments submitted early (this does not include quizzes/tests), you will have the option to resubmit these after they've been graded (to be regraded) as long as they are resubmitted before the original assignment due date. Please keep in mind it can take up to 72 hours to receive an assignment back. If you would like the ability to resubmit your assignment, please factor in the amount of time needed for grading in addition to the amount of time you would need to modify your assignment before the assignment deadline.

1. Earn up to 10 additional points for up to your 5 lowest graded listening assignments throughout the semester.

Please be sure to review the student handbook here. 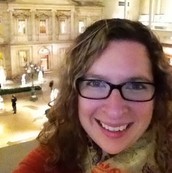 I'm originally from Pennsylvania, but moved to Georgia before high school.

I graduated from Richmond Hill High School before pursuing my BME in Music Education from Armstrong State University. After graduating from Armstrong, I moved throughout the country several times with my husband while he earned his master's degree and than worked towards finishing his DMA (Doctor of Musical Arts) from the University of North Texas. During this time, I received my MA in Museum Studies from Johns Hopkins University.

In addition to my love of music & museums, I am a huge fan of Indiana Jones, Marvel comics, traveling, photography, and anything Disney. When I'm not teaching for GAVS, I can usually be found spending time with my family!
mary.siddons@gavirtualschool.org 470-222-5139 gavirtualschool.adobeconnect.com/officemarysiddons/