Marin is using Smore newsletters to spread the word online.

Get email updates from Marin: 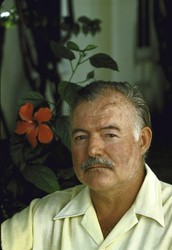 A Brief Biography of Ernest Hemingway

Ernest Hemingway was born on July 21, 1899 in Cicero Illinois. He was raised in a conservative neighborhood in Chicago. In school, Ernest was involved with the school newspaper, the Trapeze and Tabula. He then went on to work for the Kansas City Star. This is where Hemingway adapted his well known get-to-the-point writing style. He then joined the military and served as an ambulance driver. He was unfortunately injured in the field, and he was no longer able to serve. This is when he started getting back into writing. Ernest decided to go to Paris, and he met many famous authors such as F. Scott Fitzgerald and Ezra Pound. Soon after going to Paris, he wrote his first book, The Sun Also Rises. He then went to Key West and spent a good deal of time there writing. It was here that he wrote his WW1 novel, A Farewell to Arms.

When the US entered WW2, Hemingway became a war correspondent. It was here that he met his fourth and last wife, Mary Welsch, who was also a war correspondent. and about ten years later he wrote The Old Man at The Sea, which won him the Pulitzer Prize. And then in 1954, he won the Nobel Peace Prize in literature. unfortunately, soon after he became an extreme alcoholic, and became virtually unable to write. He committed suicide on July 2, 1961.

He was well known for many things, but most importantly, his remarkable literary works and his revolutionary writing style. 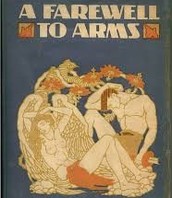 A Farewell to Arms

Published in 1929, A Farewell To Arms gives a first-person look into the life of a lieutenant in the Italian Army in WW1. 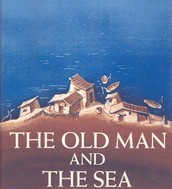 The Old Man and The Sea

One of Hemingway's most well known works, The Old Man and The Sea shows the hard work and determination of a fisherman who after years of attempts, catches a giant marlin, just to have it eaten by sharks. 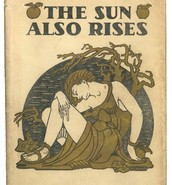 The Sun Also Rises is about a group of American and British expatriates who travel from Paris to the Festival of San Fermín in Pamplona to watch the bullfights. Ernest quite enjoyed bullfighting during the more adventurous part of his lifetime.

Mini BIO - Ernest Hemingway
Where did Ernest go to work on newspapers after college?

What year did Ernest win the Pulitzer Prize?

Marin is using Smore newsletters to spread the word online.