Newton&apos;s explanation changed the ways in which scientist viewed the solar system. His findings explained the moon&apos;s orbit around the sun and earth around the sun. 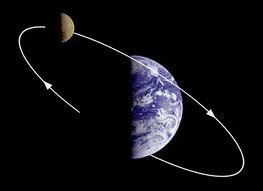 Ex:A book will stay where last put it unless someone moves it.

Ex: If you throw a heavy rock and a football the football will go farther.

Ex: Bowling balls are lined up and you roll another ball and the first on would be moving.

State of being detectable weight. But gravity still pulls them down toward the center of earth&apos;s mass.