Get email updates from sneha:

What do you need to know about Monitors?

What do you need to know about Monitors? 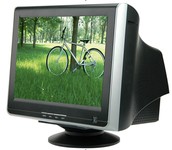 What is a monitor?

A monitor is an electronic visual display. Primarily monitors were made to be used for computers but now it is used for different types of devices. Monitors are also known as a screen, display, video display or a video screen.

Monitors display the video and graphics information by the computer (or other devices) through the video card. A video card is an expansion card that allows the device to send graphical information to a video display device.

Monitors come in two major types- CRT (cathode-ray tube) or LCD (liquid crystal display). The CRT monitors look much like old fashion televisions and are very big in size. The LCD monitors are much thinner, use less energy and provide a greater graphics quality than a CRT monitor.

The first CRT monitor was created in 1987 by a German physicist named Karl Ferdinand. The first time it was used by regular consumers, though, was not as a computer screen, but rather as a 5' desktop calculator screen! Technology really has gotten smaller and smaller since those days! 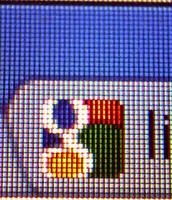 The display is the most-used output device on an electrical device. The display provides instant feedback by showing you text and graphic images as you work or play.

Most desktop displays use LCD or CRT technology, while nearly all portable computing devices such as laptops incorporate LCD technology. Because of their slimmer design and lower energy consumption, monitors using LCD technology (also called flat panel or flat screen displays) are replacing the CRT on most desktops.

In addition to the screen size, display standards and resolutions are related to something called the aspect ratio.

Two measures describe the size of your display: the aspect ratio and the screen size. Historically, computer displays, like most televisions, have had an aspect ratio of 4:3. This means that the ratio of the width of the display screen to the height is 4 to 3.

All types of displays include a projection surface, commonly referred to as the screen. Screen sizes are normally measured in inches from one corner to the corner diagonally across from it.

A touch screen is an electronic visual display that the user can control through simple or multi-touch gestures by touching the screen with one or more fingers. The touch screen enables the user to interact directly with what is displayed, rather than using a mouse, touch pad, or any other intermediate device.

Touch screens are common in devices such as game consoles, all-in-one computers,, tablet computers and smart phones. They can also be attached to computers or, as terminals, to networks. They also play a prominent role in the design of digital appliances such as personal digital assistants (PDAs), satellite navigation devices, mobile phones, and video games and some books.