"the humid continental climate covers the north eastern part of the united states".
"Humid continental climates tend to be found above 40° N latitude, within the central and northeastern portions of North America, Europe, and Asia. They are much less commonly found in the Southern Hemisphere due to the larger ocean area at that latitude and the consequent greater maritime moderation." 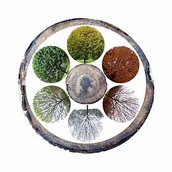 "A season is a subdivision of the year, marked by changes in weather, ecology, and hours of daylight. Seasons result from the yearly revolution of the Earth around the Sun and the tilt of the Earth's axis relative to the plane of revolution"

"A humid subtropical climate (Köppen climate classification Cfa or Cwa) is a zone of subtropical climate characterized by hot, humid summers and generally mild to cool winters. Under the Köppen climate definition, this category of climate type covers a broad range of attributes, especially in terms of winter temperatures. The term "subtropical" may be a misnomer for locations along the cooler ranges."
source is http://withfriendship.com/user/sathvi/humid-subtropical-climate.php 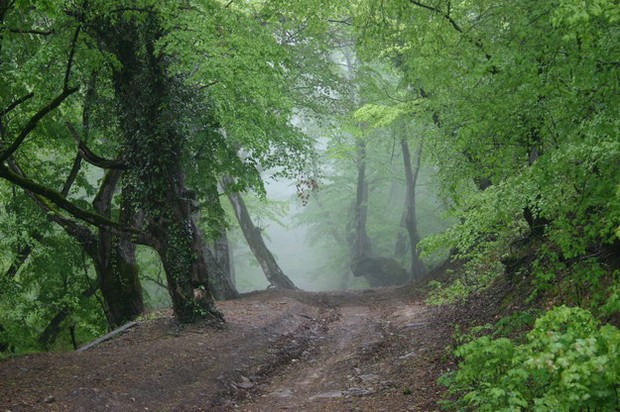 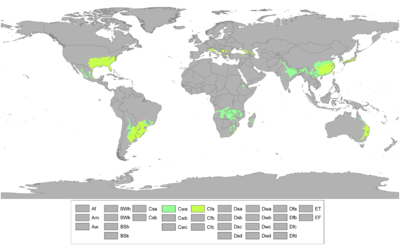 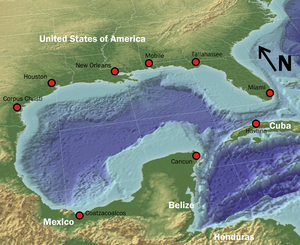 "The Gulf of Mexico (Spanish: Golfo de México) is an ocean basin largely surrounded by the North American continent and the island of Cuba.[1] It is bounded on the northeast, north and northwest by the Gulf Coast of the United States, on the southwest and south by Mexico, and on the southeast by Cuba. In Texas and Louisiana it is often called the "Third Coast," in comparison with the U.S. Atlantic and Pacific coasts. The shape of its basin is roughly oval and is approximately 810 nautical miles (1,500 km) wide and filled with sedimentary rocks and debris. It is connected to the Atlantic Ocean through the Florida Straits between the U.S. and Cuba, and with the Caribbean Sea (with which it forms the American Mediterranean Sea) via the Yucatan Channel between Mexico and Cuba."

"A savanna is a rolling grassland scattered with shrubs and isolated trees, which can be found between a tropical rainforest and desert biome. Not enough rain falls on a savanna to support forests. Savannas are also known as tropical grasslands. They are found in a wide band on either side of the equator on the edges of tropical rainforests."
http://www.blueplanetbiomes.org/savanna.htm
http://www.blueplanetbiomes.org/savanna.htm 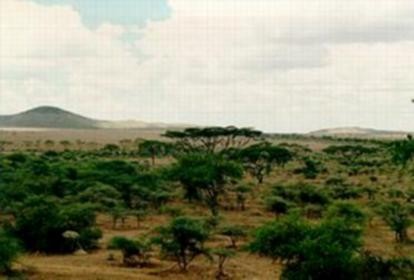 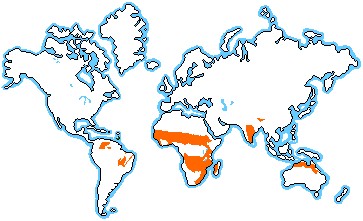 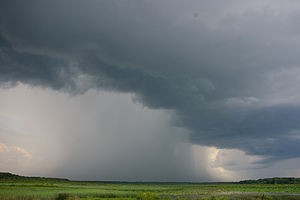 "A thunderstorm, also known as an electrical storm, a lightning storm, thundershower or simply a storm, is a form of turbulent weather characterized by the presence of lightning and its acoustic effect on the Earth's atmosphere known as thunder"

"The Steppe biome is a dry, cold, grassland that is found in all of the continents except Australia and Antarctica. It is mostly found in the USA, Mongolia, Siberia, Tibet and China. There isn't much humidity in the air because Steppe is located away from the ocean and close to mountain barriers."
http://www.blueplanetbiomes.org

"A tornado is a violently rotating column of air that is in contact with both the surface of the earth and a cumulonimbus cloud or, in rare cases, the base of a cumulus cloud."

"Alpine climate is the average weather (climate) for a region above the tree line. This climate is also referred to as a mountain climate or highland climate."
http://www.africatravelresource.com/resources/nature/climate/climate-zones/humid-subtropical-high/

"A rain shadow is a dry area on the lee side of a mountainous area (away from the wind). The mountains block the passage of rain-producing weather systems and cast a "pencil" of dryness behind them."

the dessert is all year long

"A dust storm or sand storm is a meteorological phenomenon common in arid and semi-arid regions."

"The marine or humid west coast climate is exactly what its name describes. This climate is found on the west coast of midlatitude continents and is very humid through most of the year. Its geographic location places it in the path of westerly winds from the ocean that bring cloudy skies, much precipitation, and mild temperatures. The distribution of the climate is greatly influenced by the orientation of mountain systems in North America and Europe."
http://www.earthonlinemedia.com/ipg/outlines/climates_marine_west_coast.html 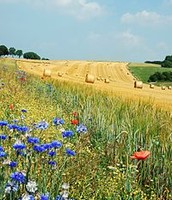 "Summer is the warmest of the four temperate seasons, falling between spring and autumn. At the summer solstice, the days are longest and the nights are shortest, with day-length decreasing as the season progresses after the solstice."

"Hail is a form of solid precipitation. It consists of balls or irregular lumps of ice, each of which is called a hailstone"

"Winter (/ˈwɪntər/ WIN-tər) is the coldest season of the year in temperate climates, between autumn and spring. It is caused by the axis of the Earth in the respective hemisphere being oriented away from the Sun."

"The subarctic climate (also called boreal climate) is a climate characterized by long, usually very cold winters, and short, cool to mild summers. It is found on large landmasses, away from the moderating effects of an ocean, generally at latitudes from 50° to 70°N poleward of the humid continental climates. These climates represent Köppen climate classification Dfc, Dwc, Dfd, and Dwd. In very small areas at high altitudes around the Mediterranean Basin, Iran, Tajikistan, Turkey, northwestern United States (eastern Washington, Eastern Oregon and Idaho) the climate is classified as Dsc with a dry summer climate, such as in Seneca, Oregon."

"Frost is the solid deposition of water vapor from humid air. It is formed when the temperature of a solid surface is below the freezing point of water and also below the frost point."

"Did you know that the Arctic Tundra is the world's youngest biome? It was formed 10,000 years ago. Located at latitudes 55° to 70° North, the tundra is a vast and treeless land which covers about 20% of the Earth's surface, circumnavigating the North pole. It is usually very cold, and the land is pretty stark. Almost all tundras are located in the Northern Hemisphere. Small tundra-like areas do exist in Antarctica in the Southern Hemisphere, but because it is much colder than the Arctic, the ground is always covered with snow and ice. Conditions are not right for a true tundra to form. Average annual temperatures are -70°F (-56°C)."

"Snow is precipitation in the form of flakes of crystalline water ice that falls from clouds. Since snow is composed of small ice particles, it is a granular material. It has an open and therefore soft, white, and fluffy structure"