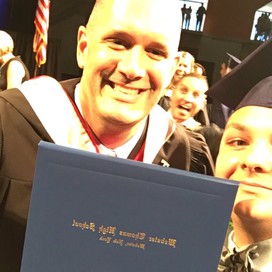 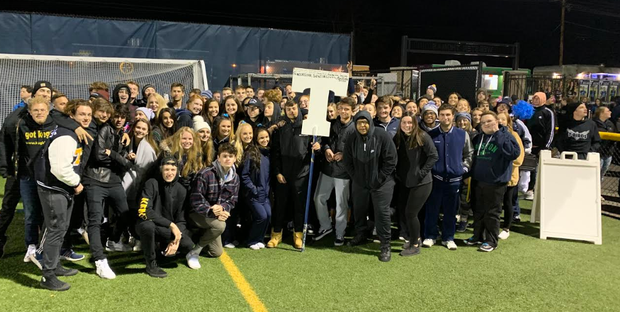 The Class of 2020 continued the winning ways of our previous 7 senior classes and won the Spirit Stick at the close of our 2019 Homecoming Week. The Seniors used a strong showing in the CanJam Food Drive as well as doing well in the pep rally games. Social media played a role as well with the seniors venmoing money to one classmate who then spent a couple hundred dollars buying cans to donate. Smart!!

We capped the week off with a great homecoming event with cool weather and a food truck rodeo. It was a great week and students were respectful and seemed to have a great time.

This week, things were much more subdued here at Thomas. The halls are clear of decorations and there are no Disney characters running around the halls and our food donation boxes will soon be sent off to a food cupboard to help our community. Thanks for a great homecoming celebration!!

The Class of 2020 celebration at midfield last Friday night!

Class of 2020 Picture available for purchase

Here is the order form: 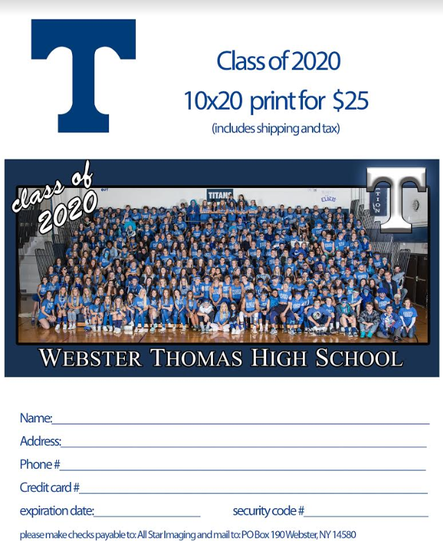 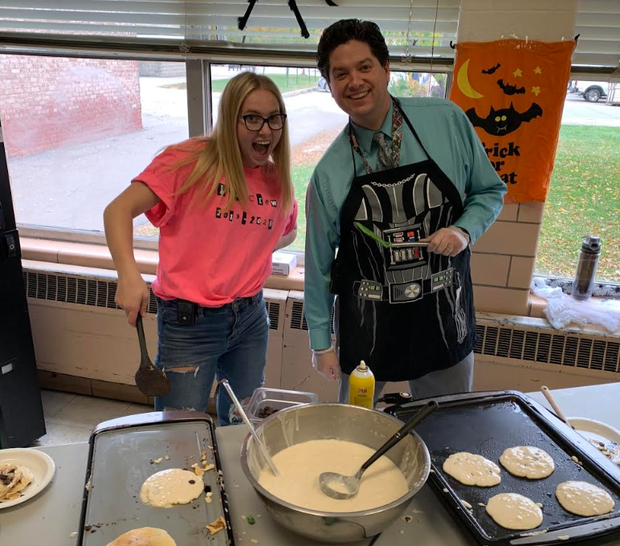 Thanks to our Linkcrew for putting on a fallfest during lunches today for our freshmen! It was a great way to end the week!! 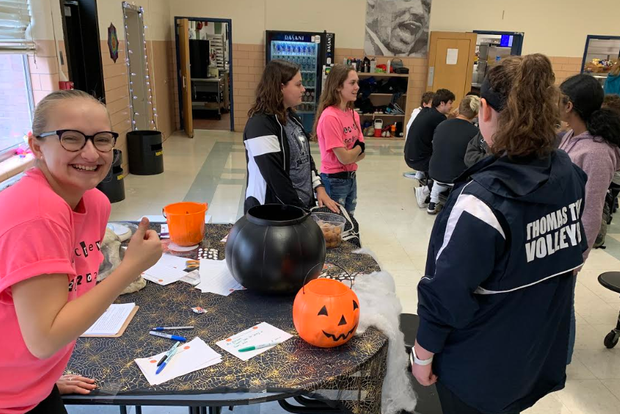 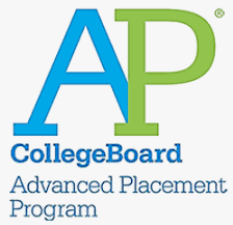 Attention all AP students - If you have not yet registered AND paid for your exams, you have one week to do so before the price increases from $94 per exam to $134 per exam. The deadline is October 31st. Registration and payment can be completed online or in the Gold House. Stop in with questions. Don't delay! Register and pay today! 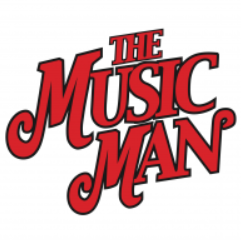 > Auditions for the spring musical Music Man are next Tuesday evening and Saturday afternoon! Stop in the chorus room for more information!

Attention all Morning News anchors....Please check your email for the November anchor schedule. If you are unable to attend any of the dates you are scheduled, reply back as soon as possible. 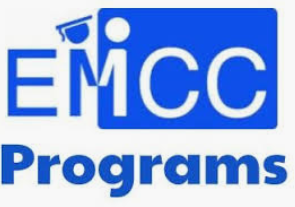 > Attention Sophomores: If you are interested in any of the EMCC programs for next school year, you must attend the field trip in December. Please pick up a passport in the Student/Counseling Center. Passports are due back by Wednesday, November 20th. You will not be able to attend EMCC unless you visit the program, so pick up your passport today.

SPARX gearing up for another season. Come check them out!

Come see Sparx and other robotics teams in the area, at the Rochester Armory on October 26th, the event is from 8am to 6:30 pm admission is free. Come to the competition, and see how our team performs. Also there is a Mega Drive being held at the competition, where we will be asking for non perishable food, Children's books, small electronics and shoes to help people in our community who may need items like these. Thank you for your support. 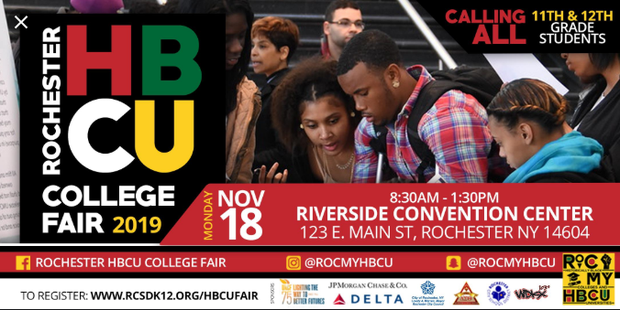 The Historically Black College Fair is on Monday, November 18, 2019 from 8:30am to 1:30pm at the Riverside Convention Center. We are planning to take interested African American juniors and seniors to this event. The fair will consist of workshops on preparing for college, how to pay for college and a career tour zone. Admission is free and on-site enrollment will be available. Lunch will also be provided. Pick up your passport today in the Student/Counseling Center. 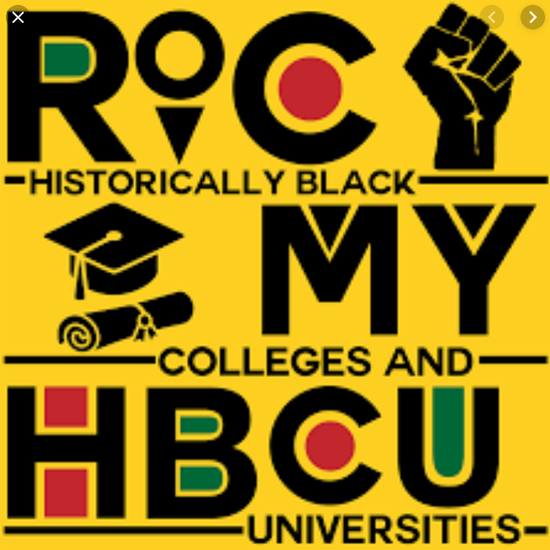 It's not too late to join a club or one of our academic teams!! Check out the following link for listing. 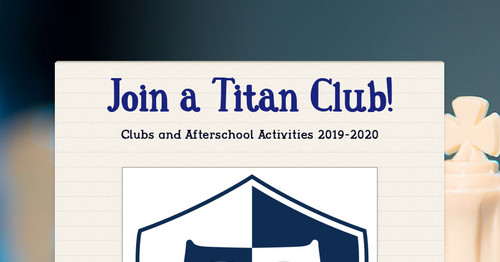 www.smore.com
Join a Titan Club! - Clubs and Afterschool Activities 2019-2020 by glenn widor | This newsletter was created with Smore, an online tool for creating beautiful newsletters for educators, nonprofits, businesses and more

Updates from the Athletic Office...

The Thomas cheerleaders were named grand champions in the Victor cheer tournament last weekend. The Cheerleaders are competing in Fall sectionals Saturday the 26th at RIT. Good Luck!

The boys and girls Cross country teams will be running in the Monroe County Meet at Parma Park. Good luck to both teams

Monday night the girls took on a tough Pittsford Sutherland team. They lost 2-1. Molly Fisher had the only goal for the Titans. Field Hockey played Eastridge Wednesday night in their last game of the regular season. They won 2-0 with Tori Vahl and Kate Fosdick scoring for the Titans.

Boys play first round of Sectionals Friday Night at 6:30 pm at Victor HS.

The Girls play first round of Sectionals Saturday the 26th at 6:30 pm at Hilton HS.

Webster boys volleyball defeated Pavilion in four sets Wednesday night to improve their record to 8-9. The offense was led by Ian McNabb's 16 kills, while Allister Spiegel and Evan DeMocker contributed 8 and 6 respectively. McNabb and DeMocker also tallied four blocks each. The boys travel to Rush-Henrietta Thursday night to close out their regular season.

The girls took on defending class A champs West Irondequoit last night. They lost in 3 sets but played very tough against them. Almost winning the third but came up short in the end 23-25. Abby Roetker had 4 Aces, 6 kills and 10 digs. Carolyn Mack recorded 4 Aces, 1 block and 10 digs on the night.

Planning to play a sport in college!!?

For All Webster parents/athletes interested in playing a college sport (Division 1,Division 2 or Division 3). There will be an NCAA Information Night at Webster Schroeder High School November 7th. The event will start at 7pm in the Schroeder auditorium. Find out about how to create an account and what you need to do to be eligible to play at the college level.

Have a great weekend!! 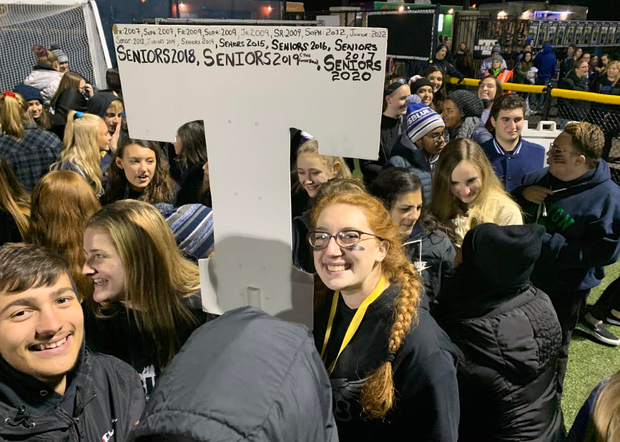