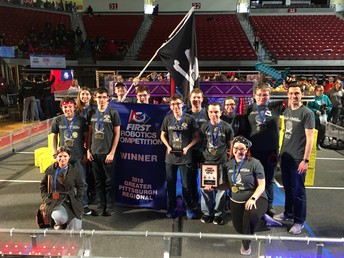 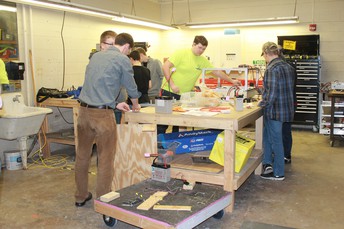 Work began in January when FIRST Robotic teams from across the world learned the challenges their robot would face during competitions. Teams had six weeks to construct their robot and develop a marketing plan. Students spent time after school and on weekends working together with coaches before the “stop build” day. 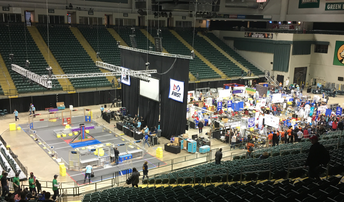 The competition season for the Pirates included a regional tournament at the Wright State Nutter Center in early March where the team was chosen as the 7th overall pick in the first round and finished 45th place overall. Points are earned for different actions and strategies the robot performs. 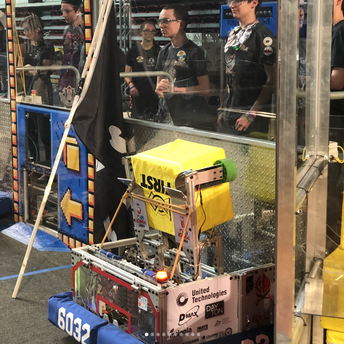 In Pittsburgh, Pirate Robotics was ranked 35th out of 52 teams after the qualification matches, but was in second place for total “vault” points which was the team’s chosen strategy. During the playoff selection, the 2nd place team picked Pirate Robotics to join their alliance including a team from New Jersey and a team from Pennsylvania. In the playoffs, Pirate Robotics only lost one match and eventually won the event!

Pirate Robotics also earned their way to the World Championship competition during their rookie year in 2016 when they received the Rookie All Star Award at the Buckeye Regional FIRST Robotics competition in Cleveland.