Cammy is using Smore newsletters to spread the word online.

Get email updates from Cammy:

Non is not a very attractive looking prefix but,it is a very rebellious looking one. Non looks and is everything your parents don't want you to grow up to be,but hey, a kids gotta be a kid. Non hangs around all the other 'negative' prefixes that are cool and don't let their parents tell them what to do or who to be. 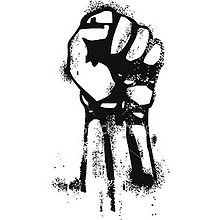 The things Non can do will frustrate you parents perfectly!!Getting on their nerves has never been easier!Do they want you to be obedient,polite, and responsible?Well Non can turn all that around,you can be the opposite of whatever they say;non-obedient,non-polite,and non-responsible. Unlike dumb things like yes or another word of approval, Non does that exact opposite while working to get your parents mad at the same time.Non is like the crazy sibling that gets on your parents every last nerve.Join all of your friends,be your dogmatic self,and get NON now!

There once was a cavewomen named Peyton.She was very bossy and strict.She wanted her daughter to be good,queit,obediant.But her daughter,Sally, wanted to be exactly the opposite of whatever her mother said.She tried to use words that would turn her mothers words around but none where powerful enough to get the job done.Finally after many years of thinking she came up with an answer.Instead of just having plain no she would ad a n to the end,making her new word,Non, actually a prefix that ment opposite of;not.Finally when the day came that her mom kept yelling everything she wanted Sally to be,Sally unleashed her prefix and turned everything her mom said around.Her mom was so dumbfounded that her brain overloaded and exploded.That is how Non was created.

Cammy is using Smore newsletters to spread the word online.