Get email updates from Mattison: 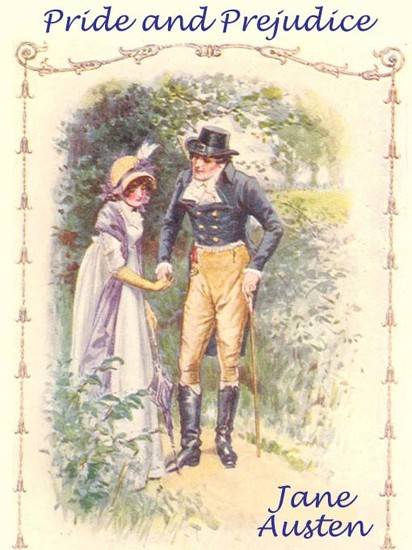 The book Pride and Prejudice is the story of the Bennet family who lives in Netherfield near London. The story starts with Charles Bingley, a wealthy man of high status, and Fitzwilliam Darcy arriving in town. Mrs. Bennet is determined to have one of her five daughters marry him. Jane, the eldest daughter, connects with Bingley and they form a relationship. This relationship is not liked by Bingleys sisters, who think she would not make a suitable wife, and by Darcy, who thinks that Jane does not share the same feelings for Bingley. Meanwhile Darcy is finding himself attracted to Elizabeth even though he did not consider her beautiful and refused to dance with her at a party when they first arrived. Many people pass through the Bennet household including William Collins, a clergyman that is to inherit Mr. Bennets estate when he dies. Mr. Collins proposes to Elizabeth but he is stunned when she turns him down instead he decides to engage and marry Charlotte Lucas, Elizabeths best friend. Soon after the marriage Bingley and his family leave town and Jane is told they dont ever plan on returning. Jane continues life without Bingley but Elizabeth is very upset about the news and is determined that Darcy and Bingleys sisters have something to do with them leaving. Elizabeth leaves to stay with Charlotte and her new husband and as she is getting settled she is shocked when Darcy comes for a visit and is even more shocked at the way he presents himself. Darcy explains why Bingley thinks Jane has no feelings for him because of Darcy and Bingleys sisters. Soon after the truth comes out he proposes to Elizabeth but she is still furious with the events she has just heard of and she refuses him. The next day Darcy gives Elizabeth a letter that explains everything and her feelings slowly change as she examines the letter several times. Elizabeth leaves to go to Derbyshire county with her aunt and uncle where they visit Darcys estate. While there she receives letters from Jane about their younger sister Lydia. Lydia ran off with Wickham and eloped causing Elizabeth to worry that her family is permanently disgraced. When Lydia is finally found, she and Wickham marry and Elizabeth finds out that Darcy arranged the whole thing so that the familys reputation would be saved. Soon after, Bingley returns to Netherfield where he proposes to Jane and she accepts. Elizabeth and Darcy are falling deeper in love with each other until Darcys aunt, Lady Catherine De Bourgh, shows up and warns Elizabeth that she does not want them to be together and that she should not accept any proposal from him. Elizabeth refuses to acknowledge Lady Catherines requests and when Darcy proposes a second time, she says yes.

Elizabeth is the protagonist and main character of the book Pride and Prejudice. She is the second out of five daughters in the Bennet family. Elizabeth is very intelligent and honest and is never afraid to say what is on her mind. She must overcome many obstacles such as Lady Catherine, who didnt want her to have anything to do with Darcy, and her persistent mother, who is not fond of Darcy after her first impression of him. Elizabeth must also over come the biggest obstacle of all, her dreadful first impressions of Darcy which lead her to refuse his first proposal.

Fitzwilliam Darcy (Mr. Darcy) is the son of a high ranking, wealthy man and owns the large Pemberley estate. In the beginning of Pride and Prejudice, Darcy does not find anyone worthy of his affection and shows no interest in Elizabeth because he doesnt find her beautiful or charming. His character begins to change throughout the book from a judgmental, harsh person to a caring, devoted man. He shows his devotion to Elizabeth by ignoring the wishes of his aunt, Lady Catherine, and proposing a second time to Elizabeth even after she rejected him the first time.

Jane is the first of the five Bennet daughters. Throughout the book, Pride and Prejudice, Jane is constantly optimistic about everything. Even though Mr. Bingley is convinced that she doesnt possess the same feeling for him as he does for her and leaves town, she still keeps an open mind and doesnt give up when he returns. Elizabeth looks up to her sister in the book because of her attitude towards life and the way she acts when Mr. Bingley leaves.

Charles Bingley (Mr. Bingley) is the wealthy best friend of Mr. Darcy. He shows immediate affection for Jane when they first meet at the ball at the beginning of the book. Bingley is very friendly and cheerful unlike his friend, Mr. Darcy. The relationship between Jane and Bingley shows both of their characters to be optimistic, kind, and caring.

Mrs. Bennet is used to show the importance of women marrying young and for wealth. She continually is looking to marry one of daughter to any wealthy man that comes through town whether her daughter likes them or not. Even after Lydia runs off to get married she is happy because Lydias husband is wealthy and she knows her life will be good. Mrs. Bennet never fails to create fuss in the town by spreading rumors and knowing everyones business all the time.

Jane Austen was the born in 1775 as the 7th child to George Austen and Cassandra Leigh Austen. Before her death she completed six novels but only four of them were published. Most of her novels showed how much women depend on their marriage for money and social status. Even though her father was a clergyman, most of her novels were written from a higher ranking social status view point because of her mother, who came from a high ranking family and taught Jane that way. Jane was mostly educated by her father and brother but she and her sister Cassandra also attended Abbey School, which was a school for girls only. While at school, she preferred spending time with her sister rather than her few friends because family was very important to her. Jane feel ill in early 1816 but she ignored her illness and continued to work and participate in family activities. Janes illness eventually caused her death on July 18, 1817 but they are unaware of what exactly caused it.

Was the ending satisfactory?

Like all love stories, I expected to the end of Pride and Prejudice to be happy. I began to worry how the book would end when Bingley leaves town and Elizabeth refused Darcy's first proposal. As soon as Mr. Bingley arrived in Longbourn the second time I knew a happy ending was somewhere in the mix. After Jane and Bingley were engaged I waited for Darcy to arrive and sweep Elizabeth off her feet. To my satisfaction that is exactly what he did. Jane Austen used her writing to draw me closer into the book by always leaving me wondering what Darcy was going to do and how Elizabeth would react. The end of the book left me satisfied because Jane ends up with the one she loves and Elizabeth finally realizes that Darcy is the one for her.

The book Pride and Prejudice would mainly catch the attention of women. I really enjoyed reading about how Elizabeth slowly changes her mindset of Mr. Darcy and falls in love with him. It was interesting to see how their relationship changed so drastically from the beginning of the book to the end. Since this book is mainly based on a love story I would recommend it to anyone who likes reading about romance. This book would not be for anyone who becomes easily bored within the first couple pages of a book. It starts very slow and is hard to understand when each character is introduced.

The QR code below will go to a YouTude video of a movie trailer for the 2005 movie Pride and Prejudice that stars Keira Knightley and Matthew Macfadyen. 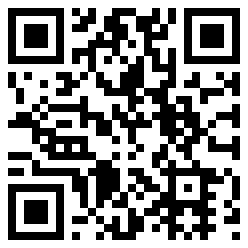 Follow Mattison Hiebner
Contact Mattison Hiebner
Embed code is for website/blog and not email. To embed your newsletter in a Mass Notification System, click HERE to see how or reach out to support@smore.com