Get email updates from ella jo:

FDR and his campaign within WWII

FDR and his campaign within WWII

From Depression to War

After the Germans began to take over Western Europe, the US began to mobilize for war. Manufacturing warehouses were transformed into war production offices and factories, raw materials and soldiers were in high demand already, and wages are prices were put under close supervision. In order to help with this, President Roosevelt created the War Resources Board. After much skepticism from liberal and isolationist Americans alike, Roosevelt then withdrew his support from the WRB. After many failed attempts to led a number of organizations and boards, FDR finally passed the National Defense Appropriation Act, which led to the billions of dollars that would aid the US in the war. Later on, Roosevelt also created the War Production Board, which also accounted to a number of unemployed Americans for jobs. 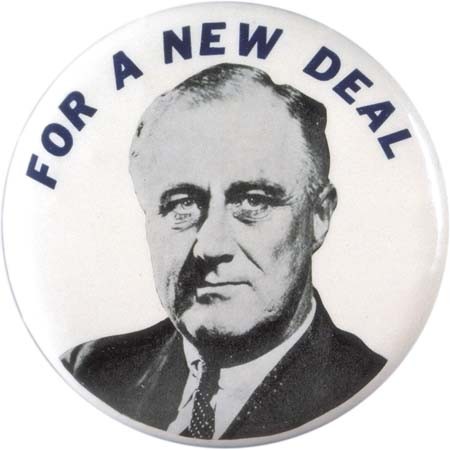 In order to bring in even more money for the war, the US Treasury offered Americans the chance to buy their own war bonds. Americans were then able to invest money in the war to aid in the production of tanks, planes, ships, food, uniforms, etc. The buying of war bonds was highly advertised on the streets of America. Posters and ads lined the streets, papers, and even in speeches and plays. 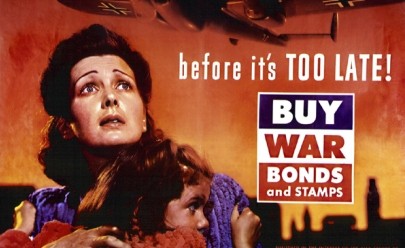 After the Great Depression, the US government became very conscious of what they were spending and what they were spending it on. The pressure to reserve as many materials as possible was extremely present during WWII, which led to the creation of the Office of Price Administration and the Emergency Price Control Act. Regulations on wages, prices, fabric, gasoline, canned food, meat, shoes, and anything else that could possibly aid the Allies in war. 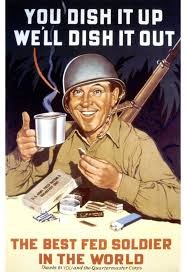 Americans were asked by President Roosevelt to conserve and recycle basically anything they had that could help in the war effort. Rubber was in high demand as US citizens were asked to collect anything from old tires to bathing caps. In addition to rubber, paper was highly in demand. Boy scouts would go from door to door collecting any paper that could be used to make up for the shortage in wood pulp. 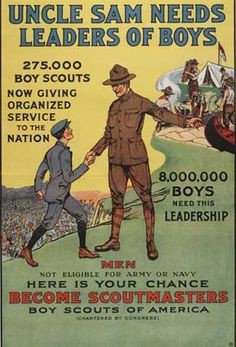 Within 1943, around 20 million victory gardens were planted in America to raise the amount of food production. Victory gardens were encourage by the US Government and asked Americans to plant gardens anywhere from small home gardens to large plots of land. Victory gardens proved to be a huge success as just in the year of 1943, they produced around one third of the country's vegetables for that year. 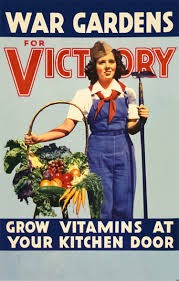 The OWI was established in 1942 by President Roosevelt and aided in propaganda efforts as well as promoting morale and support for the war. The OWI monitored many films, broadcasts, and articles that went out to the public. 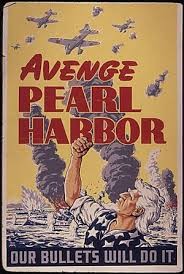 The major change in industry and production within WWII led to opportunities for some Americans who had never had the opportunity or experience. Workers that had been unemployed by the Great Depression had jobs, Immigrants who had been at the bottom of the job chain now had better pay and work than ever before, and the employment of women and African Americans across America were all results of industry production changes. Women were especially impacted with receiving high paying jobs to aid in the war effort, including shipyards and aircraft plants. 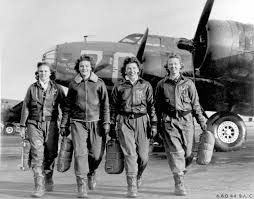