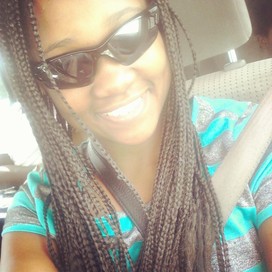 GETTING TO KNOW HYDROGEN

GETTING TO KNOW HYDROGEN

Is Hydrogen Renewable Or Non-renewable? <3

Hydrogen is renewable in the sense that the fossil fuels we use are hydrocarbon compounds. When we burn them, the hydrogen is liberated in the form of water vapors or hydrogen compounds. These vapors then mix with various gases in the atmosphere to form other compounds like nitric acid, etc. It then comes down with the rain and is deposited on the earth. It thus stays in the system only. Unlike fossil fuels, the hydrogen can be extracted whenever required (fossil fuels need millions of years to produce). So hydrogen is considered a renewable resources

WHERE IS HYDROGEN FOUND ON EARTH?

Hydrogen is found basic everywhere on earth. Hydrogen is in the earth's atmosphere. It's actually the most abundant element in the universe, making up 75% of all matter. The largest application of hydrogen is in the production of fossil fuels.

HOW IS HYDROGEN USED TO PRODUCE ENERGY? A fuel cell combines hydrogen and oxygen to produce electricity, heat, and water. Fuel cells are often compared to batteries. Both convert the energy produced by a chemical reaction into usable electric power. However, the fuel cell will produce electricity as long as fuel (hydrogen) is supplied, never losing its charge. Fuel cells are a promising technology for use as a source of heat and electricity for buildings, and as an electrical power source for electric motors propelling vehicles.

WHAT ARE OTHER USES FOR HYDROGEN

Hydrogen is the lightest element on the periodic table and has been used for a variety of purposes. Petroleum and chemical companies use it to access and refine crude oil and in the creation of commercial products such as margarine. At one time, companies used it to elevate blimps and airships, but its combustible nature has led to disfavor in this application. Different forms of hydrogen have been utilized for a wide range of scientific applications, and it may be a source for clean or low-emission power in the future.