Get email updates from Alisha: 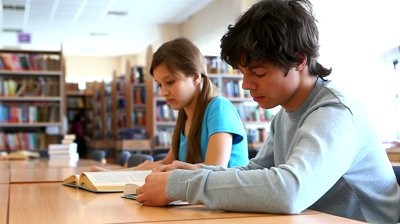 What affect does gender have on the average amount of time spent on homework nightly?

This is a comparative investigation.

This graph uses 2 SEM for the Error Bars.

This graph uses the range for the Error Bars.

The average number of hours spent working on homework per night is not affected by gender. This is evidenced by the fact that the mean number of hours spent working on homework is not significantly different between males and female. The males averaged 3.12 hours per night while the females averaged 3.73 hours per night. We conducted a T-Test and found the p value to be .355. The p-value indicates the statistical significance and if it is less than .05 would indicate that there is a statistical significance between the variables. Because our calculated p value is greater than .05, this would indicate that the results are not statistically significant and that the variables do not affect each other.

Our hypothesis was correct in that we predicted that each gender would spend approximately the same amount of time working on homework per night indicating that gender did not affect the amount of time spent on homework. This prediction is supported by the results.

In any experiment, there is always a possibility for error or inaccuracy. In our case, we could have erred in our recording of the data. That is, we might have written down the wrong information when we compiled our data using a questionnaire. Specifically, this might mean that we had the wrong numbers of hours spent on homework per night on average, or it means that we had the wrong gender for the participant. This could be due to our lack of concentration or the unclear responses that the participants gave. In any case, this error would carry over into other parts of the experiment. Some possible areas that might have been affected could be the graphs and our analysis, which of course might be flawed if our data was flawed from the beginning. Our statistical processes to determine whether our data was statistically significant or not may also be in the wrong due to the flaws that stemmed from human error, whether that be us recording things wrong or the participants giving incorrect answers. Finally, we can never be perfectly accurate in our measurements, so the rest of the experiment cannot be perfectly accurate.