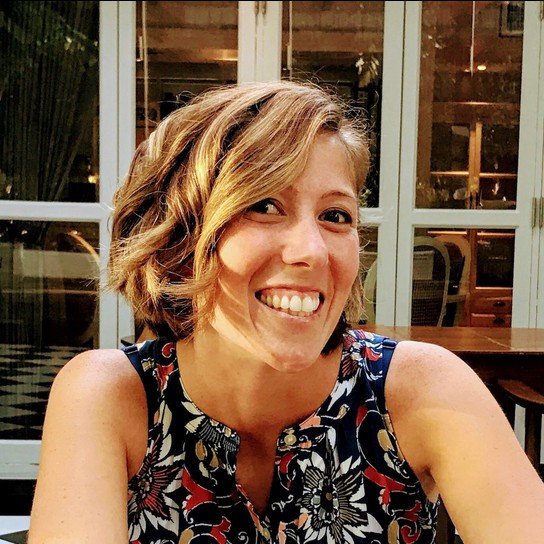 Highlights of the Advanced Forensics Course

Tasked with helping solve the case of the destruction of the local community park in Carmel, the forensic interns observationally and scientifically analyzed a variety of evidence and pieced together information. We started by dissecting the case briefing and suspect profiles, making our initial hypotheses and determining what further and conclusive information we would need to know. Each week we received a new piece of evidence for the case, requiring the interns to apply their forensic analysis skills to come to a conclusion and justify their reasoning.

Some skills that the students learned were in-depth observation, analyzing clothing fibers at a microscopic level, identifying mysterious powders (by use of presumptive tests looking at physical and chemical reactions), inspecting handwriting and determining pen type (by the process of chromatology), studying shoeprints to determine a suspect's height, identifying lip prints (cheiloscopy), analyzing hair samples (microscopic analysis), and examining fingerprints. We also learned about several careers involved in Forensic Sciences during the investigation. In the end, these forensic interns were able to conclude who was likely guilty and should be arrested and charged with the crime, who should be questioned further, and who should be released. 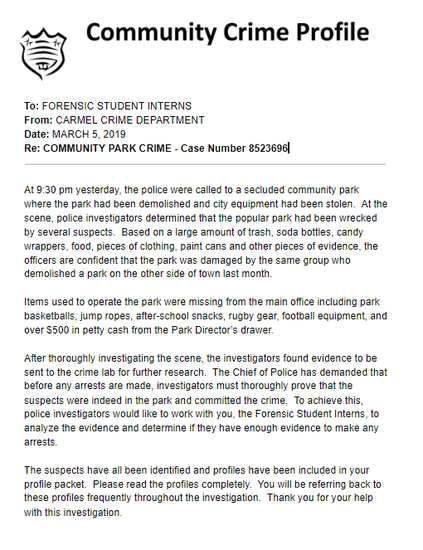 After the forensic interns reviewed all of the evidence and made their final conclusions, they were told who the officers had indeed arrested, took in for further questioning, and cleared from being a suspect.

Then, they were ready for their own case with all of the evidence given at once. They were given several clues and two boxes with several locks on them. Their new mission: use the clues to solve the case, crack the codes/locks, and get the stolen items from the box. Students worked in teams to solve the case! Several students mentioned this final activity as their favorite part of the entire class.