Get email updates from Daisy: 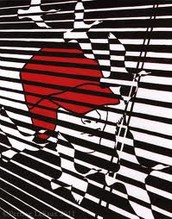 In the view of cultural perception, The Catcher in the Rye has affected the way society looks at women, what's popular, and how Americans think all due to Holden's actions throughout the novel.

1. How was the role of women in society in transition during post-war period?

-Before the war, women stayed at home and cleaned the house because they weren't allowed to work, but after, they worked in all kinds of jobs, which gave them more independent.

2. Describe the ideal woman according to Hollywood?

-In Hollywood, traditional women were the kind of women who served the function traditionally assigned to her gender while allowing the male character to play out his own pre-ordained role. Their roles were usually roles as sweethearts, wives, or mothers to the male hero.

3.What contrasting media images of femininity did the public receive during the post-war era?

4.How might these images have affect Holden's prospection of romantic interest?

-Since women were now working and were beginning to be more independent, Holden thought of it as a threat and is scared to come in contact with them and acts differently towards them than he does with men, which limited his romantic interests.

5. List the following population or "best of" items from 1951 with 2-3 examples of each

6. What kind of music were most people listening to?

7. Who and what were they seeing at the movies?

-They were seeing mostly science fiction films that feautured aliens who were substitutes for the Communists menace to the East.

8. How was phychiatry viewed withinn mainstream America in the early 1950's? Is this different from today?

-People thought that psychiatric treatments may be more damaging than helpful to the patients,

-In Chapter 1, pgs 2-3, Holden talks about how he failed and got expelled out of three schools. This connects to our topic because it shows how he didn't apply himself to important things, which affected his cultural perception of life.

-In Chapter 22, when Phoebe asks Holden why he flunked out of yet another school, he answered that Pencey, like the other schools, was full of phonies. This relates to the topic because it shows how little Holden communicates with people.

-Also, in Chapter 22, Holden talks about the few moments of respite he finds from the brutality of the outside world. This relates to cultural perception because Holden shuts himself off from the world. 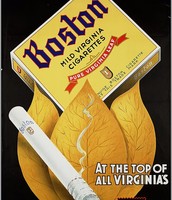 A retro pack of cigarettes because they were so popular at the time.

This picture represents how women were always portrayed as the dansel in distress and the guy was always the hero. 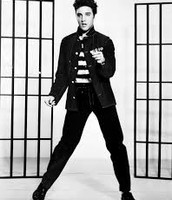 Rock and roll was really popular in the 50's.

1.Holden get expelled from school.

2.Holden got expelled by 2 schools.

4.Popular music was rock and roll, jazz, and doo woop.

5.science fiction was a popular genre in movies.

6.Women worked and had alot of jobs in the post war.

7. Women worked before the war.

8.cigars and cigarettes were not popular.

9.The Catcher in the Rye affected society.

10.Holden shuts himself off from the world.