The Great Depression and New Deal

The Great Depression and New Deal 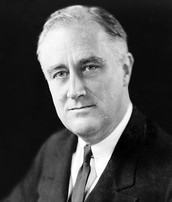 Opponents of the New Deal

Both Conservative, and Liberals didn't approve of Roosevelt's Deal. Neither did a man named Huey Long. He was a man who wanted to challenge Roosevelt's leadership by running against him. However, he was killed by an assassin, ending his campaign. The Supreme Court wasn't a big fan of Roosevelt either at first. Roosevelt said they were the most frustrating to deal with.

A new union that came into play was the CIO. They were lead by John L. Lewis. They were part of the A.F. of L at first. This group broke away from others too compete. They were meant to put unskilled workers into jobs. There were also more strikes at this time causing more people to be layed off. 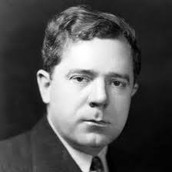 Last Phase of the Deal and Life during the Depression

Life was hard during the Depression. Families were barely making it by everyday and a good amount people died. Women had a good amount of pressure on them since the fathers of their children would often leave the family. African Americans had it hard too. They were always the last hired and the first fired. Racial discrimination was still big during this time. Dust Bowl Farmers already had problems before the drought, but now that no one had money and crop prices kept dropping, they were slammed with more problems. Many Mexican Americans faced discrimination and the shortage of jobs caused a lot of them to migrate back to Mexico.

Follow Logan Love
Contact Logan Love
Embed code is for website/blog and not email. To embed your newsletter in a Mass Notification System, click HERE to see how or reach out to support@smore.com