01957 is using Smore newsletters to spread the word online.

The genius of the Renaissance

The genius of the Renaissance 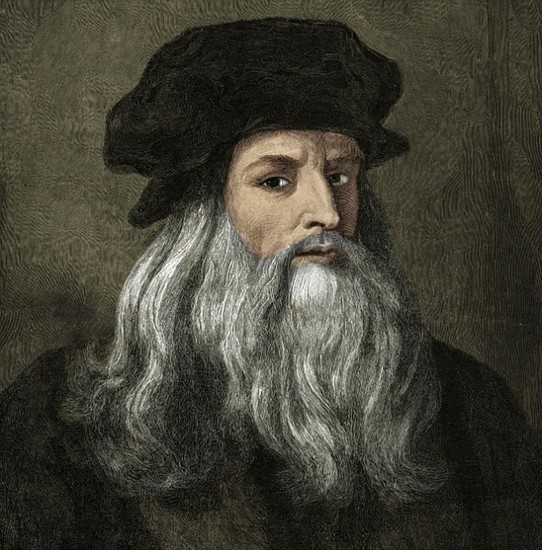 His most recognized artworks

Leonardo Da Vinci had many profesions, some of them were paintist, sculptor, architect, musician, mathematician, engineer, inventor, anatomist, geologist, and writer. He was born in April 15, 1452 in Vinci, Italy. He later died at the age of 67 on May 2, 1519. He was one of the most important artists in the Renaissance, and his art style was the High Renaissance. 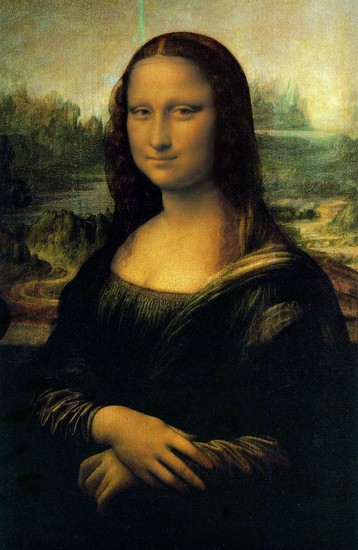 The Mona Lisa is one of, or the most famous painting made by Leonardo Da Vinci. This painting was made with oil on poplar. The woman on the painting is supposed to be Lisa Gherardini, she was the wife of Francesco del Giocondo. Da Vinci made the Mona Lisa with a smile on her face like she was thinking something. Da Vinci forgot to put the eyebrows and he finished this piece of art on 1517.

Leonardo Da Vinci was very important to the Renaissance because he was ahead of his time. He invented many things that are still used today and he also had genious ideas that he sketched on paper like the ones shown in the presentation. He created many famous paintings, whether they are religious or non-religious. 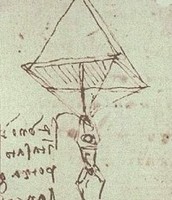 Da Vinci had the idea of creating the first parachute. It is used to slow the motion of an object. 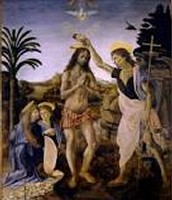 The Baptism of Christ

This is a very famous religious painting. Da Vinci finished it around 1475. 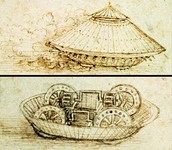 Da Vinci came up with the idea of creating an armored vehicle.

Da Vincis painting style is very unique because he creates a remarkable sence of depth an three-dimensionality in a painting. An example of this style is in the painting The Last Supper because the walls show the whole room and the seem to be going outwards. 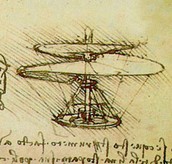 Da Vinci had the idea to create a flying machine that flew upwards. 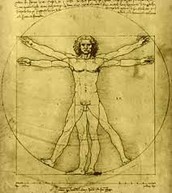 The Vitruvian Man was made by Da Vinci to study the human body. He made it with ink in 1490.

This was Da Vincis most famous religious painting. He made it in 1498.

By Julian Gonzalez and Seuheon Han

01957 is using Smore newsletters to spread the word online.