How does the author use imagery or symbols to represent larger ideas in the work?

When writing a story the primary goal is to gain the reader's attention which is done through many methods. In the Great Gatsby the characters' relationship towards each other is represented through symbolism and imagery. This helps the reader visualize the connections between the characters and events. The relationship between Daisy,Tom and Gatsby is a prime example of this method which introduces the reader into the conflict of the story.

Daisy, she is introduced as Nick's cousin in the beginning of the story who lives in East Egg with her husband Tom Buchanan. When being introduced to the setting of the story West Egg is known as a wealthy town. An example of this symbolism of Daisy living comfortably is shown on page 60. “The next April Daisy had her little girl, and they went to France for a year.” She married Tom in 1919 where he soon cheated on her shortly after their honeymoon. Later in the story it is revealed that Gatsby was an old friend of Daisy who had sent a letter to her before her wedding. In the letter he confesses his love to her showing symbolism that he is not willing to let go of her.

Tom Buchanan, he is introduced as Daisy's husband who shows and expresses very masculine ideals. It is shown early in the story that Tom isn’t the best person to be around when he first spoke of a book that he liked in chapter 1. “Civilization’s going to pieces,” broke out Tom violently. “I’ve gotten to be a terrible pessimist about things. Have you read ‘The Rise of the Colored Empires’ by this man Goddard?” Along with this symbolism and imagery of him supporting racist ideals he wasn’t the greatest husband either. He cheated on his wife Daisy with a woman named Myrtle who he also treated poorly as well. When Myrtle kept shouting Daisy's name in front of Tom it led him to break her nose out of anger.

Gatsby, he is presented as a mysterious neighbor of West Egg who hosts parties often which take place in his home. He shows his symbolism of wealth through these parties by having his servants arrange the decorations along with the food. Later on in the story he becomes close friends with the protagonist Nick who is Daisy’s cousin. He uses him as a way to connect him and Daisy together once more. Once he had gotten the chance to, he revealed his true colors in front of Tom. On page 100 ,he says“Your wife doesn’t love you,” said Gatsby. “She’s never loved you. She loves me.” The symbolism becomes more clearer than ever about his feelings towards Daisy and how it impacts his relationship with Tom.

In conclusion, Tom and Gatsby show symbolism through their personalities and how it affects their relationship with Daisy. On one side Tom shows his tough masculinity along with him mistreating women. On the other we have Gatsby who is unwilling to let go of his love for Daisy despite her being married and having a child. Daisy is put in the middle of this and is conflicted between the two through the signs that each character shows from each other. 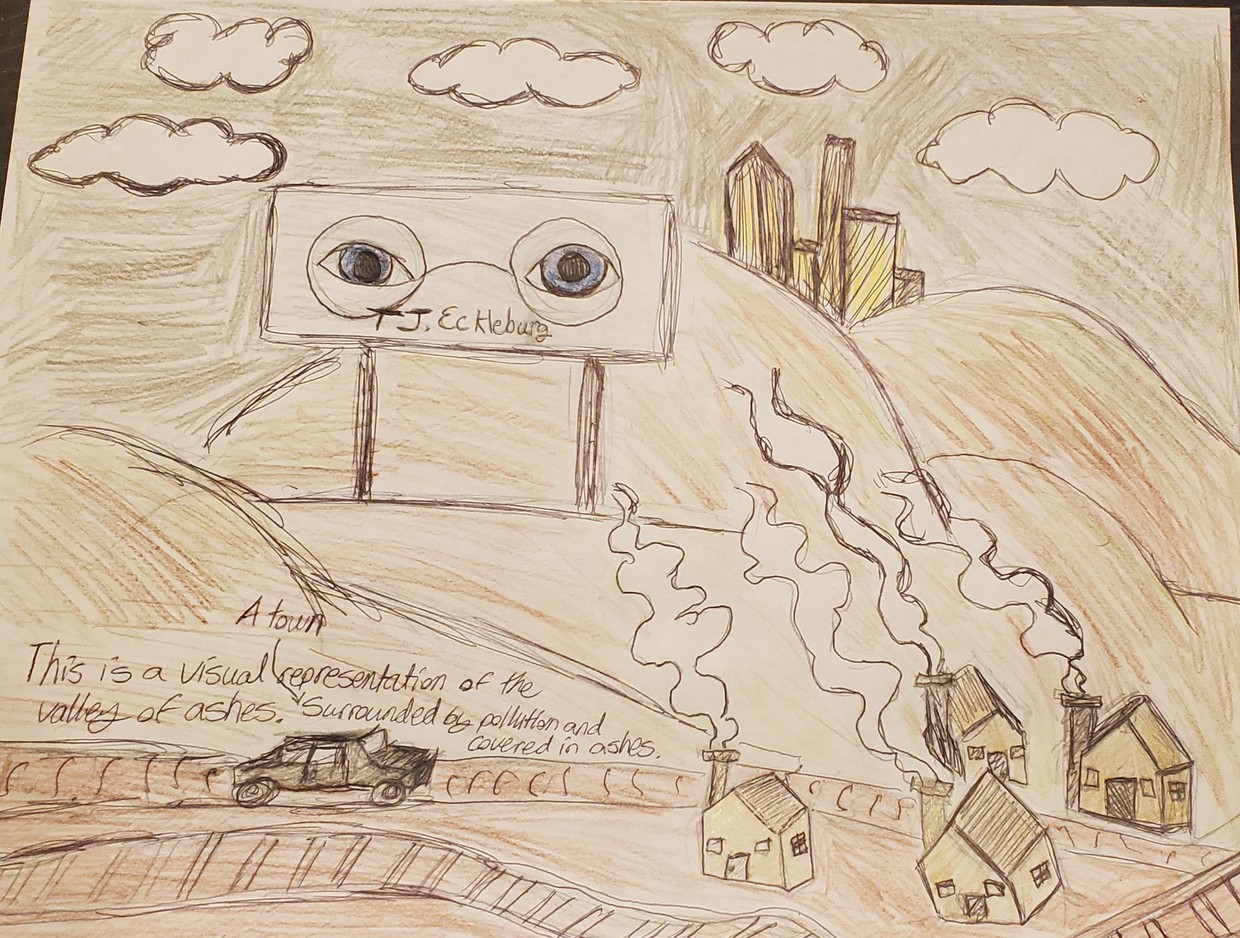 A small area between West Egg and New york where the railroad meets beside the road. In an area of land away from the city is the "Valley of Ashes". This is polluted area due to the vast amount of ashes that pile over the homes from the factories. People that live in this area participate in hard labor. Overseeing the small town is a billboard with two eyes and Glasses of TJ Eckleburg. 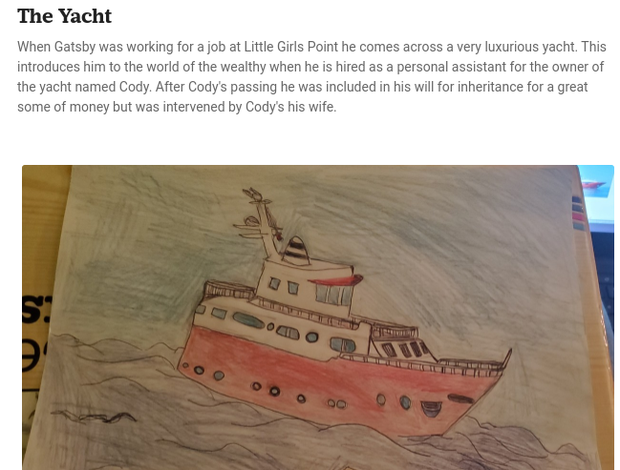 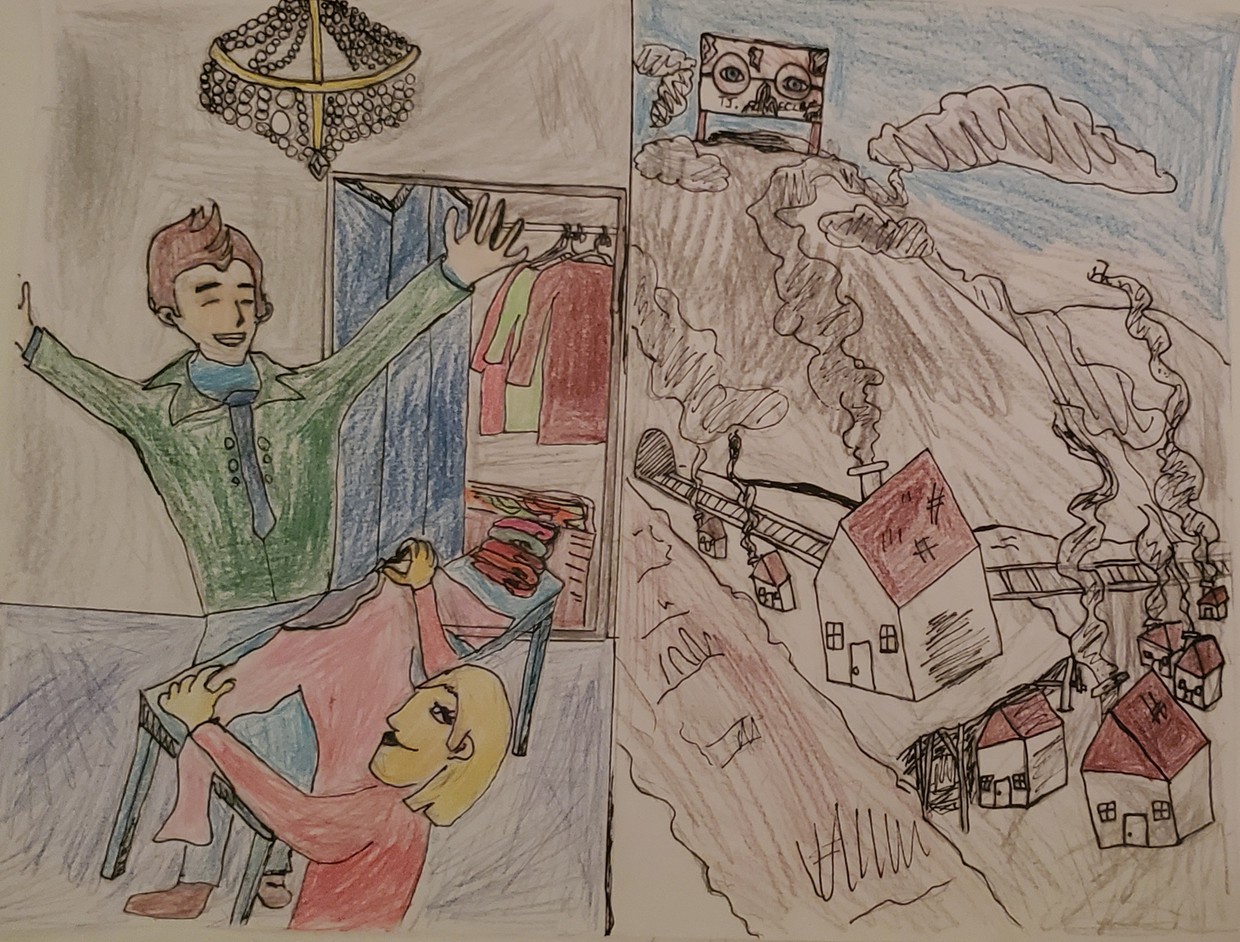 The attempt at making Meritocracy in America has helped create a wealth gap within social classes. People rely on being superior towards one another when it comes to education,jobs and politics. This has put a toll on both the so called "elites" and "middle class" stressing parents to give merits to their children. As the cycle continues recent generations have become aware of how their position in social classes affects their opportunities.
Embed code is for website/blog and not email. To embed your newsletter in a Mass Notification System, click HERE to see how or reach out to support@smore.com
close