The Most Infamous Unsolved Killer The World Has Ever Seen

The Most Infamous Unsolved Killer The World Has Ever Seen

Where It All Began

The unsolved killer Jack The Ripper began his killing from August 7 to September in 1888. Jack terrorized the White chapel district of East London. He murder at least five prostitutes in 1888. The London Police at the time do not have a clue why Jack The Ripper started killing in East London. Jack would send letters to the London police taughting them about how he will never get caught.

From the period of 1888 to 1892 Jack The Ripper murdered 5 people during this period. The victims names are Mary Nicholas, Annie Chapman, Elizabeth Stride, Catherine Eddowes.
Get Directions

Media About Jack the Ripper

The London Police at the time came up with a theory that Jack was a butcher or a Doctor because of the way he murdered his victims. He took inner and outer body parts out of his victims and with detective Frederick George Abberline, London Police double the security instead of 14 policemen on portal it was 89 and they were 15 minutes away from each other 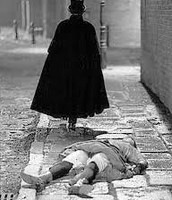 In the historical the origins of Jack The Ripper. He uses letter to write to police. He also wear a cape and Boer hat.

In the Jack The Ripper case all the victims were women. The women in London were in every class. From the rich to the Street.