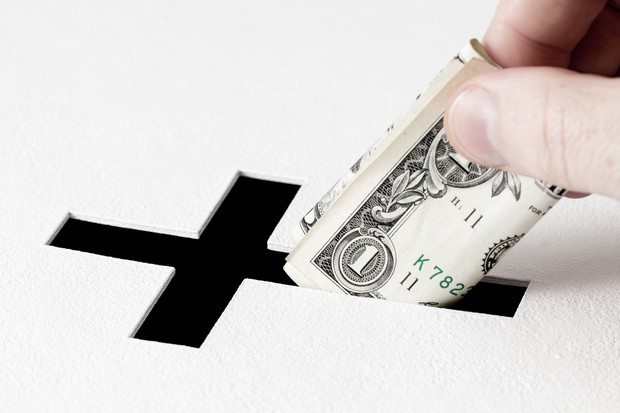 Following on from Drucker’s thoughts about the objectives of a non-profit organization – see “The ‘Bottom Line’ of a Non-Profit Organization” in the April 19, 2017 issue – we now consider his thoughts about moral and economic causes:

“The discipline of thinking through what results will be demanded of the non-profit institution can protect it from squandering resources because of confusion between moral and economic causes.

Non-profit institutions generally find it almost impossible to abandon anything. Everything they do is ‘the Lord’s work’ or ‘a good cause.’ But non-profits have to distinguish between moral causes and economic causes. A moral cause is an absolute good. Preachers have been thundering against fornication for five thousand years. Results, alas, have been nil, but that only proves how deeply entrenched evil is. The absence of results indicates only that efforts have to be increased. This is the essence of a moral cause. In an economic cause one asks: Is this the best application of our scarce resources? There is so much work to be done. Let’s put our resources where the results are. We cannot afford to be righteous and continue this project where we seem to be unable to achieve the results we’ve set for ourselves.

To believe that whatever we do is a moral cause, and should be pursued whether there are results or not, is a perennial temptation for non-profit executives … But even if the cause itself is a moral cause, the specific way it is pursued better have results. There are always many more moral causes to be served than we have resources for that the non-profit institution has a duty – toward its donors, toward its customers, and toward its own staff – to allocate its scarce resources for results rather than to squander them on being righteous. The non-profits are human-change agents. And their results are therefore always a change in people – in their behaviour, in their circumstances, in their health, in their hopes, above all, in their competence and capacity. In the last analysis, the non-profit institution, whether it’s in health care or education or community service, or a labor union, has to judge itself by its performance in creating vision, creating standards, creating values and commitment, and in creating human competence. The non-profit institution therefore needs to set specific goals in terms of its service to people. And it needs constantly to raise these goals – or its performance will go down.” (From Peter F. Drucker, Managing the Non-Profit Organization, pages 111-112)

What are the moral and economic causes of your ministry unit?

30 years: a look back and a dream for the future!

On March 2, 2017, I celebrated the 30th anniversary of my joining the finance department staff at territorial headquarters. It is difficult to conceive that three decades have passed, and even more unbelievable that I have had the privilege of leading the department for the past almost sixteen years.

Of course, much has changed since 1987. In my personal life, I was engaged to be married then; today, I have been married for 29 years, have three adult daughters and two sons-in-law, and our family includes two grandchildren who are at the centre of my universe!

Much has changed in the Army, too, and in particular, the finance department and the shape of the Army’s financial affairs in the Territory are unrecognizable by comparison to 1987.

Back then, the accounting at THQ was largely manual; a computer system had been in place for a few years, but it was essentially used only to maintain the general ledger, and required manual data entry for every transaction. Handwritten cheque vouchers, journal entry proposals and debit and credit notes, that were passed back and forth between the staff managing each fund were the order of the day.

One of the conventions that I never quite got used to was the requirement to prepare transactions for batch entry with debits in green ink and the credits in red. I was a slow learner, and consumed many bottles of correction fluid to repair my mistakes!

Columnar paper was used to prepare all analysis and reconciliations, with an adding machine on every desk to ensure that calculations were performed correctly.

The staff in the finance department at territorial headquarters numbered about 30, but every ministry unit, DHQ and even some THQ departments had their own bookkeepers and most of them were keeping cash accounts only, with each unit having multiple bank accounts.

The first year I joined, the financial statements for THQ were finally released eight months after the year-end date, and there was virtually no interim reporting in place, other than irregular issuance of budget variance reports.

Over the last 30 years, we have made significant progress, and while what has been accomplished has resulted from the efforts of many officers and employees, I have the unique perspective of having been able to be involved and observe this progress up close.

In the next issue, I’ll sketch some of the changes that have taken place over the years.

The Army's Charitable Status - It Is Ours To Lose -- Part II

What would it mean to a ministry unit to have its charitable status revoked by the Canada Revenue Agency (“CRA”)? Life would become even more complex than it is now. The following are just a few of the challenges that would have to be faced.

1. Tax receipts could not be issued for donations, which would have a definite negative impact on attracting needed revenue.

2. Registered charities have exemption from income tax and the loss of charitable status exposes one to a significant tax burden.

3. Only registered charities can claim rebates on GST/HST.

These are serious consequences in terms of efficient management of a ministry unit and the financial impact should not be under estimated. The greater issue, however, is the loss of credibility with the CRA and the public. One negative situation could more broadly undermine the Army's well-respected position. The public sees us as one entity, so a problem with one ministry unit would almost certainly spill over to other units from the public's perspective.

The Army provides several resources that can provide guidance and support when dealing with CRA issues. The Territorial Finance Manual, along with Operating Policies 4018, 4601, 4602 and 7605, are all points of good reference. Also, the CRA website is a wealth of information for any compliance questions.

Charity Intelligence Canada rates The Salvation Army as the second largest charity in Canada. This places into perspective the privilege and opportunity that is ours. Our standing is not one to gain, but it is ours to lose!


For back issues and printable versions of this newsletter, please click here to go to our webpage