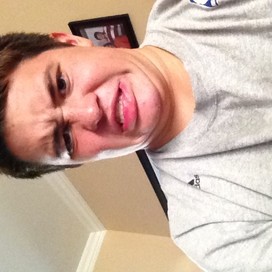 Tayler is using Smore newsletters to spread the word online.

Get email updates from Tayler:

We believe that Japan's growth rate is starting to increase again because the medical care is becoming increasinly better. Life expectancy is also increasing. Women are expected to live from 86-91 and men are expected to live from 79-84 according to Akiko Fujikta from ABC News. Their infant mortality rate is also very low so the population overall is seeing an increase.

We believe Madagascar's population growth rate is starting to decline because it is so isolated. Isolation could also be a factor as to why Madagascar is a LDC.Madagascar suffers from many fatal diseases such as malaria, plague, and HIV. Their infant mortality rate is also much higher because they do not have an advanced system of medical care. Their life expenctency is 66.7 years of age, which is a solid 10 years earlier than Japan's.

A city in Japan

A city in Madagascar

The Japanese economy is slowly getting worse though due to the increase in marriage, babies, old people, and immigrants. But, their economy is still better than Madagascar's. Their unemployment rate as of 2013 is 4.3%. The average income per year is about 46,000 U.S. dollars.

The job opputunities in Japan are much higher than those in Madagascar because the job life does not revolve around 1 sector of their economy. The quality of life in Japan is also much better because they make around $46,000 a year on average. The medical care and educational oppurtunities are much higher and more profound than those in Madagascar.

In Madagascar over 70% of the population is falling below the poverty level making less than $50 a year. Most of their economy is dependent on the agriculture sector, which is prone to cyclone damage and drought.

Education in Madagascar is weak, even though they are required by law to attend school from the ages of 6-14. Their lack of technology makes it hard for them to access the internet. Because of their weak educational system it is hard for them to find a job outside of the agricultural sector. . Their quality of life is also not as nice as that of a Japanese citizen. On average they make less than $50 a year, thus bringing half of Madagascar's children under the age of 5 malnourished.

Madagascar has a serious problem with deforestation, agricultural fires, erosion and soil degradation, overexploitation of living resources, and introduction of alien species. Deforestation is the result of 3 main activities such as: tavy (slash and burn agriculture), this turns tropical rainforrest into agricultural rice fields; logging for timber is another; and fuel wood and charcoal production. Agricultural fires burn a third of Madagascar burns every year. Erosion causes a huge loss in soil, which is costly because the country relies on the agriculture. Species are being over hunted in order for people to provide food for their families. Alien species are agressive and have doomed the native species because they take the native species food supply.

We believe that the reason Madagascar has all of these problems because they rely heavily on their agricultural fields. They burn out land and they use up all of the resources because there really is never a time for them to stop, therefore, the land never has a chance to replenish itself and becomes useless, causing the people of Madagascar to move on and destroy more of their island.

Japan has one main problem of pollution. They are taking steps to fix this problem by reducing their carbon emmission. The treating of their radioactive wastes is a main topic of dicussion in Japan. Their ocean life is depleating because they eat more fish than meat.

ex: Japan has education in all fields and more access to schools and better universities.

2. Have access to higher technology such as the Internet or up-to-date books.

3. Learn about the process of treating their land and not overexploiting their natural resources.

ex: In the United States we learn to not over use our land and rotate where we put our crops and livestock.

4. Should enhance their trading opportunities.

ex: Japan has one of the highest medical and health care facilities and one of the longest life spans.

Tayler is using Smore newsletters to spread the word online.

Follow Tayler Estrada
Contact Tayler Estrada
Embed code is for website/blog and not email. To embed your newsletter in a Mass Notification System, click HERE to see how or reach out to support@smore.com
close