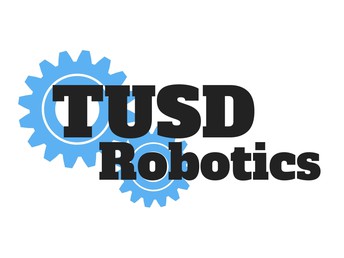 Eleven teams from TUSD Robotics earned the opportunity to compete against the best of the best at the 2019 VEX Robotics World Championships. The trip to Louisville, Kentucky was jammed packed with activities such as the Girl Powered Event sponsored by Google as well as long days of highly competitive matches and awards ceremonies. In the end, TUSD Robotics walked away with a few new World Championship titles to add to our collection, but the experience gained by all students and coaches is priceless.

A special ceremony was held to award the VEX Online Challenge winners which included Beckman High School student Devin Ho for winning the CAD Engineering Challenge as well as the rest of his team members for earning a 3rd place for their Girl Powered Challenge. The all-girls middle school team from Orchard Hills School won the very prestigious Design Award for their incredible documentation of the engineering design process in their notebooks and exceptional interviewing abilities. Tustin Memorial Academy was a first-time attendee sending two teams to the World Championships and earned the Innovate Award for the most "innovative" design feature on their robot. Foothill High School Knight Time Bots dominated their divisions once again on the field, with Team X making it to the semi-finals and Team A winning their entire division of 100 teams. In the end, Team A lost in a series of matches between the six division champions that took place on the main stage of Freedom Hall in the Kentucky Expo Center with the new high school world championship title going to an alliance of teams from China and New Jersey. Congratulations to all eleven TUSD Robotics teams and their coaches for making it as far as you can go during the 2018-2019 VEX Robotics Competition Season! 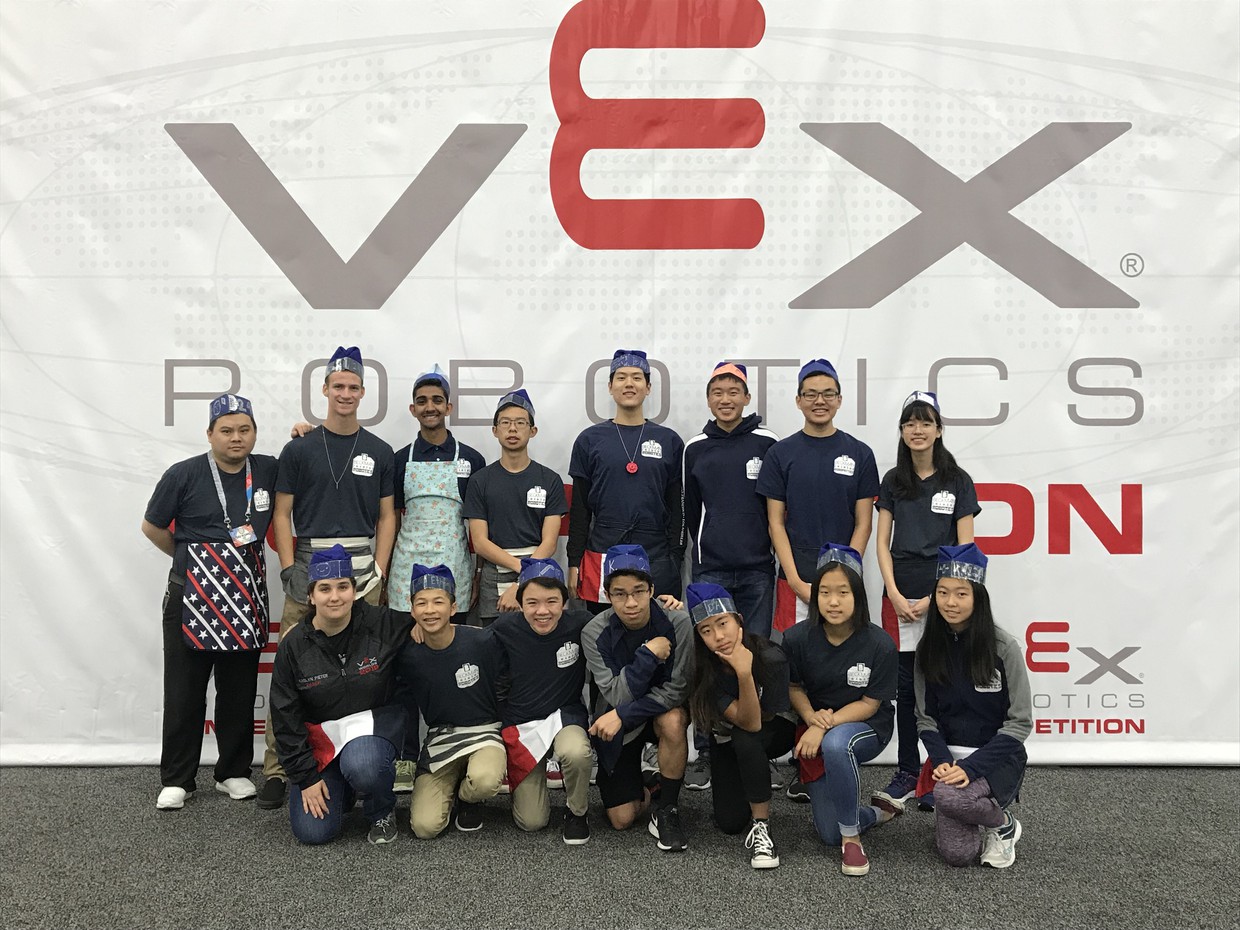 Foothill Kightime Bots: Team A, Team B and Team X 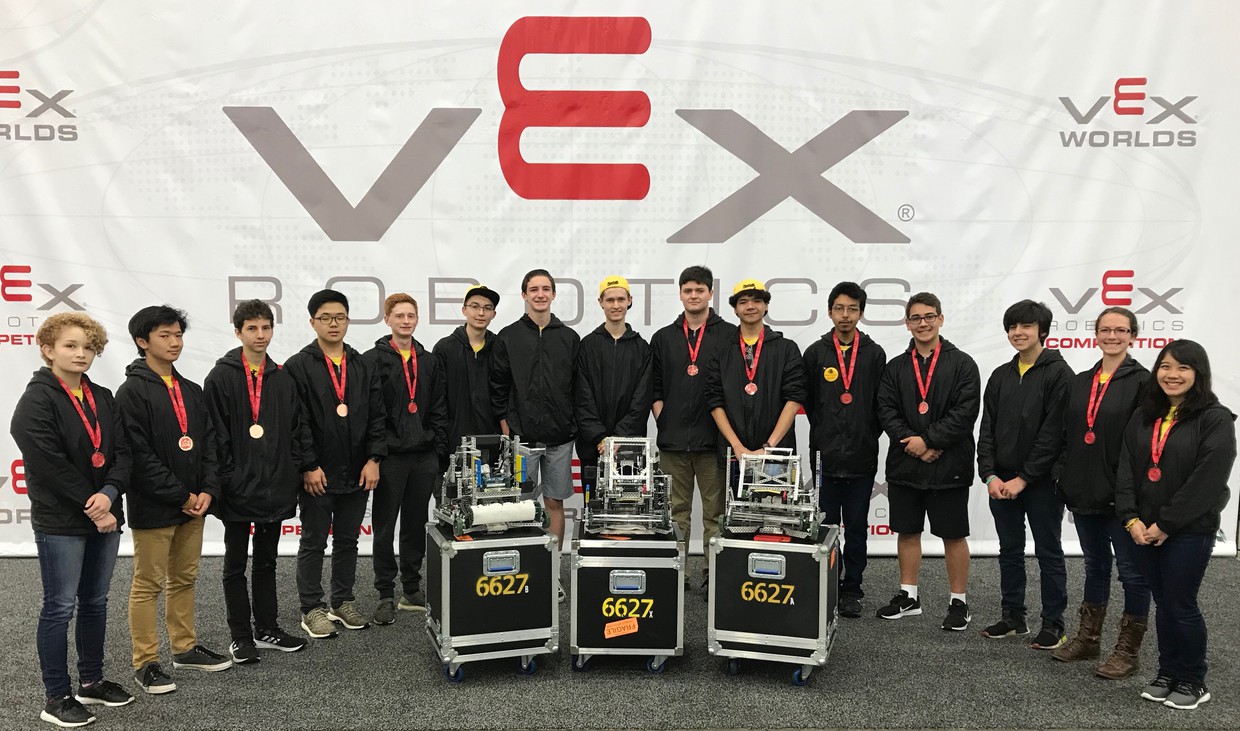 Orchard Hills Robohawks: Team A, Team B and Team D 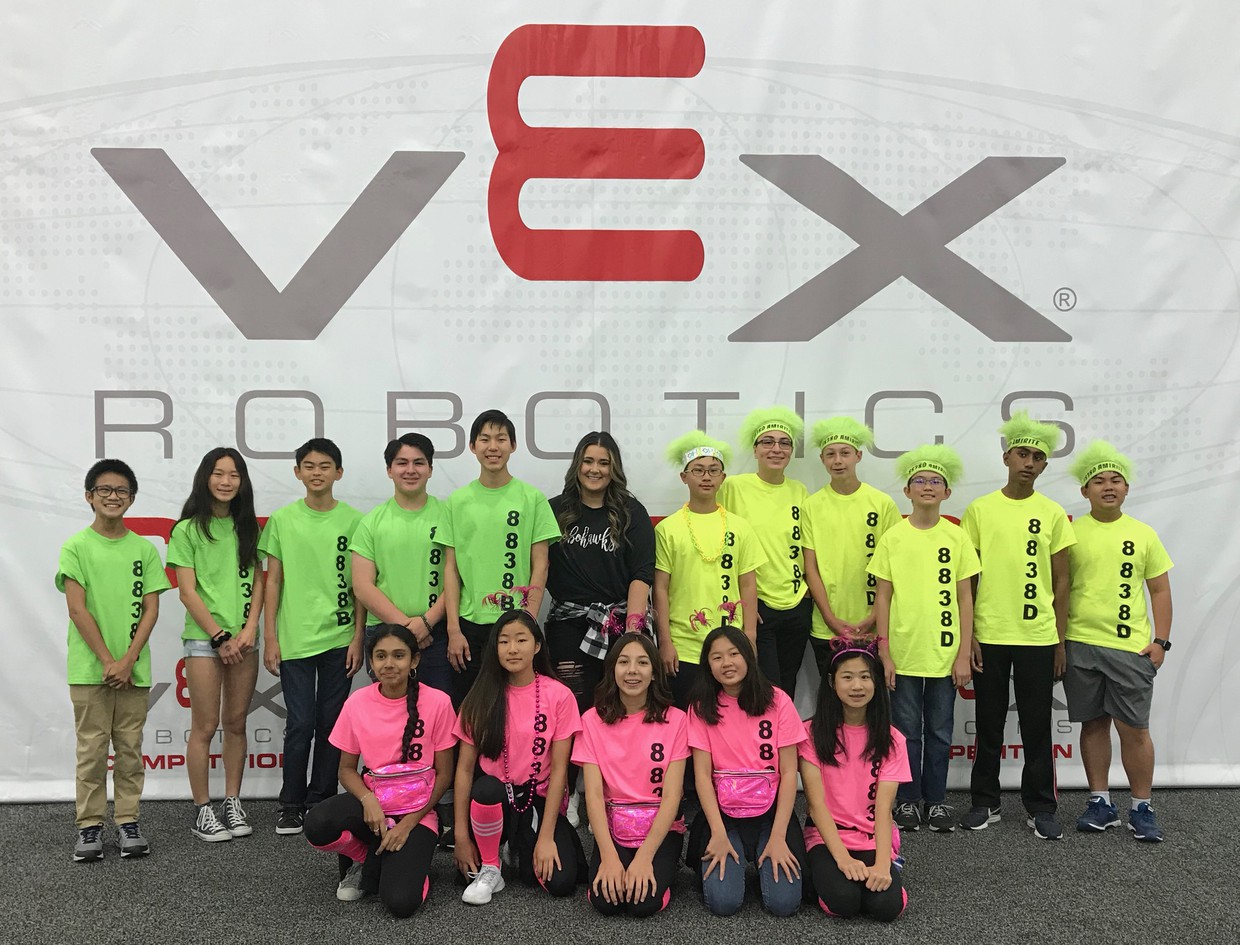 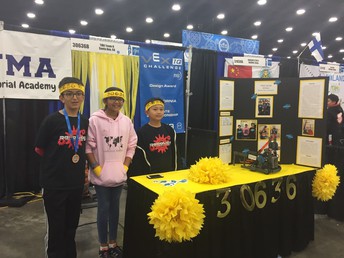 Tustin Memorial Team B at their booth. 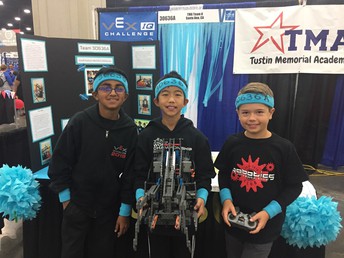 Tustin Memorial Team A at their booth. 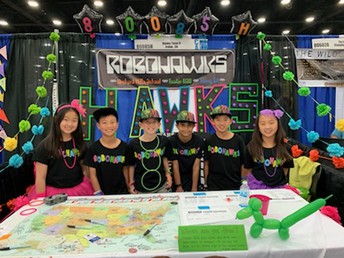 OH Robohawks Jr. at their booth. 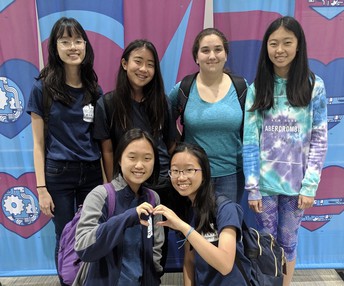 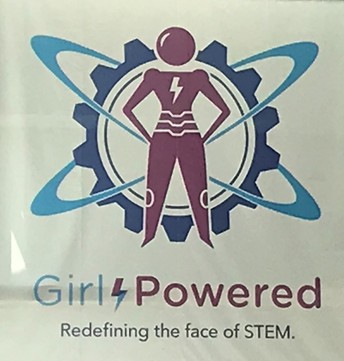 The Girl Powered Initiative is helping to make robotics reflective of the diverse world we live in, and the one we want to leave behind. 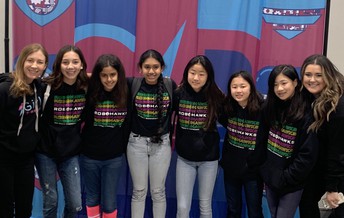 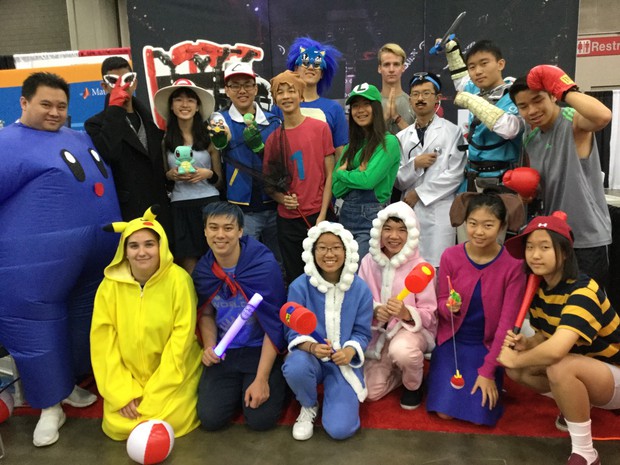 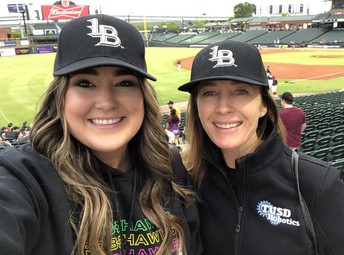 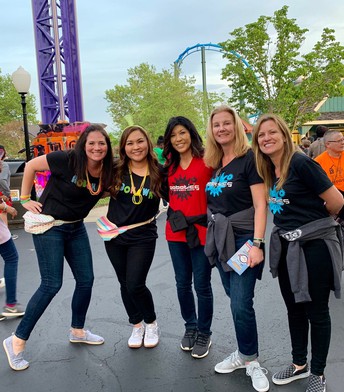 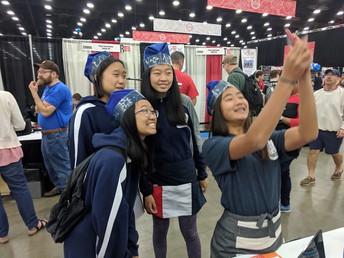 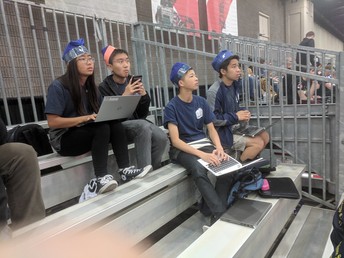 Beckman Robopatties scouting the other teams for alliance selection. 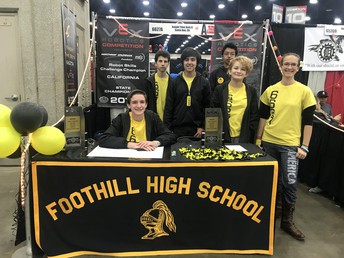 Foothill Knightime Bots handing out candy at their booth. 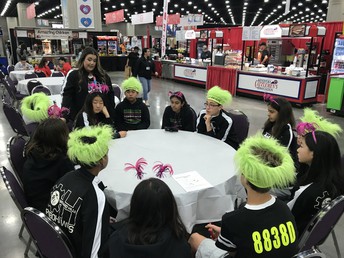 Coach Lund preparing her teams for their interview. 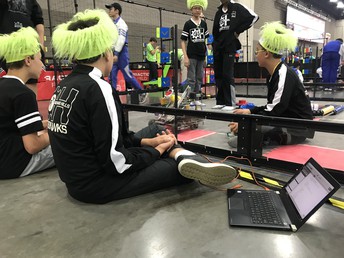 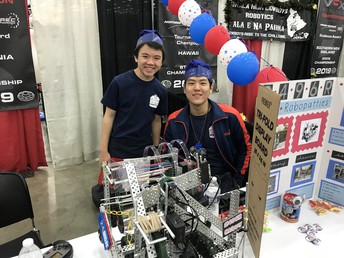 Beckman Robopatties at their booth. 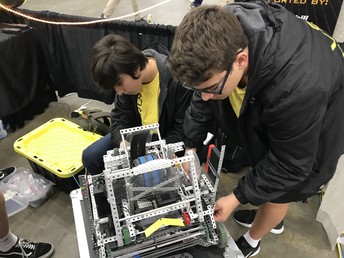 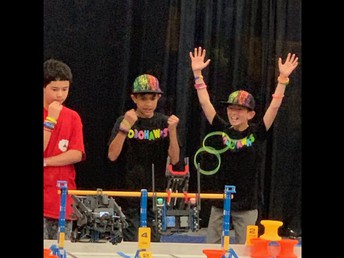 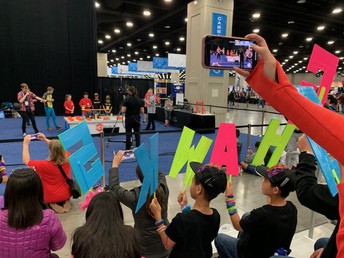 Robohawks Jr. cheering on their team!

Robohawks Jr. in front of the Kentucky Expo Center. 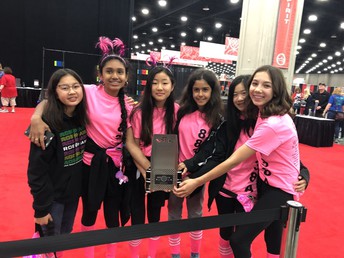 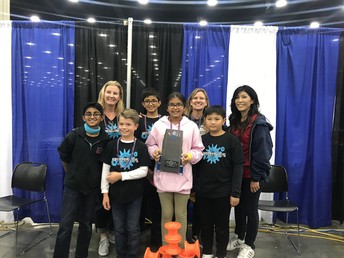 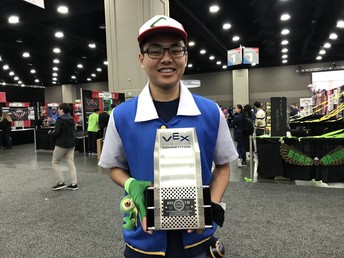 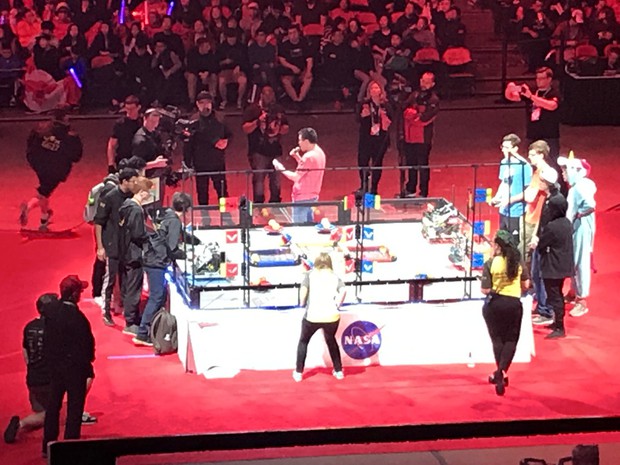 At the very end of the final matches, after all awards have been handed out and all champions have been crowned, the crowd waits in anticipation for the games to be unveiled for the upcoming VEX Robotics Season. VEX Robotics is one of the only sports seasons that lasts an entire year. Students design, build, test, improve and re-design using the iterative engineering design process that would go on indefinitely if it were not for the World Championships. Some programs take off a month or two, but many students begin designing new robots the night the new games are revealed. Below are the official videos for the middle and high school VEX game "Tower Takeover" and VEX IQ game "Squared Away". We will officially begin designing robots this summer at the TPSF Summer Academy to begin preparing students and coaches for the upcoming season. Here we go again!
https://youtu.be/TgmcFV-_7yE
https://youtu.be/avbzTvIgOEs 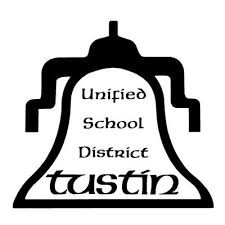 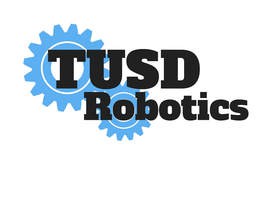 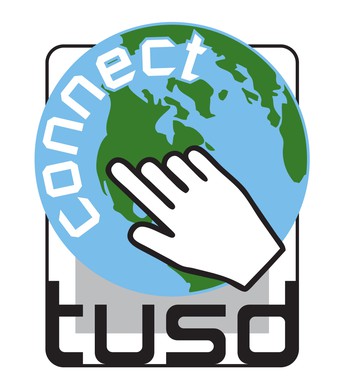