releasing your inner YOU in the times of the Virus

releasing your inner YOU in the times of the Virus

Past - Present and Future; playing a Systemic exercise

The system connected us, we all had a part of the information/expertise, but we were not aware of the potential. One morning Metti Löfberg told me a colleague of her Paavo Malinen (http://valo-valmennus.fi) had a model named "Future View" that we complemented and added the systemic part. The rest, as we say is history, the system connected the dots, and you read below the story.

"Join our new workshop project that focuses on creating ways of participation and bringing together young people in vulnerable situations or otherwise in need to build their self-esteem.

The Project name is FUTURE YOUth "releasing your inner YOU."

The project aims to bring together young individuals interested in photography, finding friends and building their self-esteem. Through the project, we try to find new ways to look at the future in a hopeful and determined way.

We have learned that many young people struggle with expressing themselves through words.

We need to help them find words to talk about their lives and see the world through other eyes.

It has four stages:

Planning of three photos that can use any kinds of visual effects. The first photo represents the Past. The second photo depicts the current time, the Present. The third photo represents the Future in a hopeful manner. Every participant plans three pictures or has someone else take them for them. They can be in the photographs themselves, or they can take photos of something meaningful to them.

Shooting the three photos in the city, so any part of the city is cultural heritage somehow but used in this context to help them. The photographing can take time until they locate what represents their three stages.

The exhibition. In the third stage, the participants create a photo exhibition like in a museum. Three walls are organized Past, Present and Future. The participants get to see the show before anyone else.

The self-portrait. When the participants have seen everyone's photos, they gather around to have a group discussion."

And now you have made click and you visualize where the systemic Past, Present and Future exercise fits on Systemic Constellations. "Positioning ourselves and get information" With a simple exercise beautifully transformed and made more creative appealing and less dense and heavy like regular constellations (Vania Magallhaes - www.addmeaning.pt )

In future cooperation with the National Gallery of Slovenia Michel Mohor (Curator and educator) gave me the photo that illustrates this flyer (Carles I) and I think it fits perfectly on the concept.

He opened the workshop concept to the world of art.

"After this, each participant takes (or has someone to make) a self-portrait representing the way they feel after seeing the photos all put together. (If the group wants to, they can put the portraits for display and open the exhibition for others to see.)" 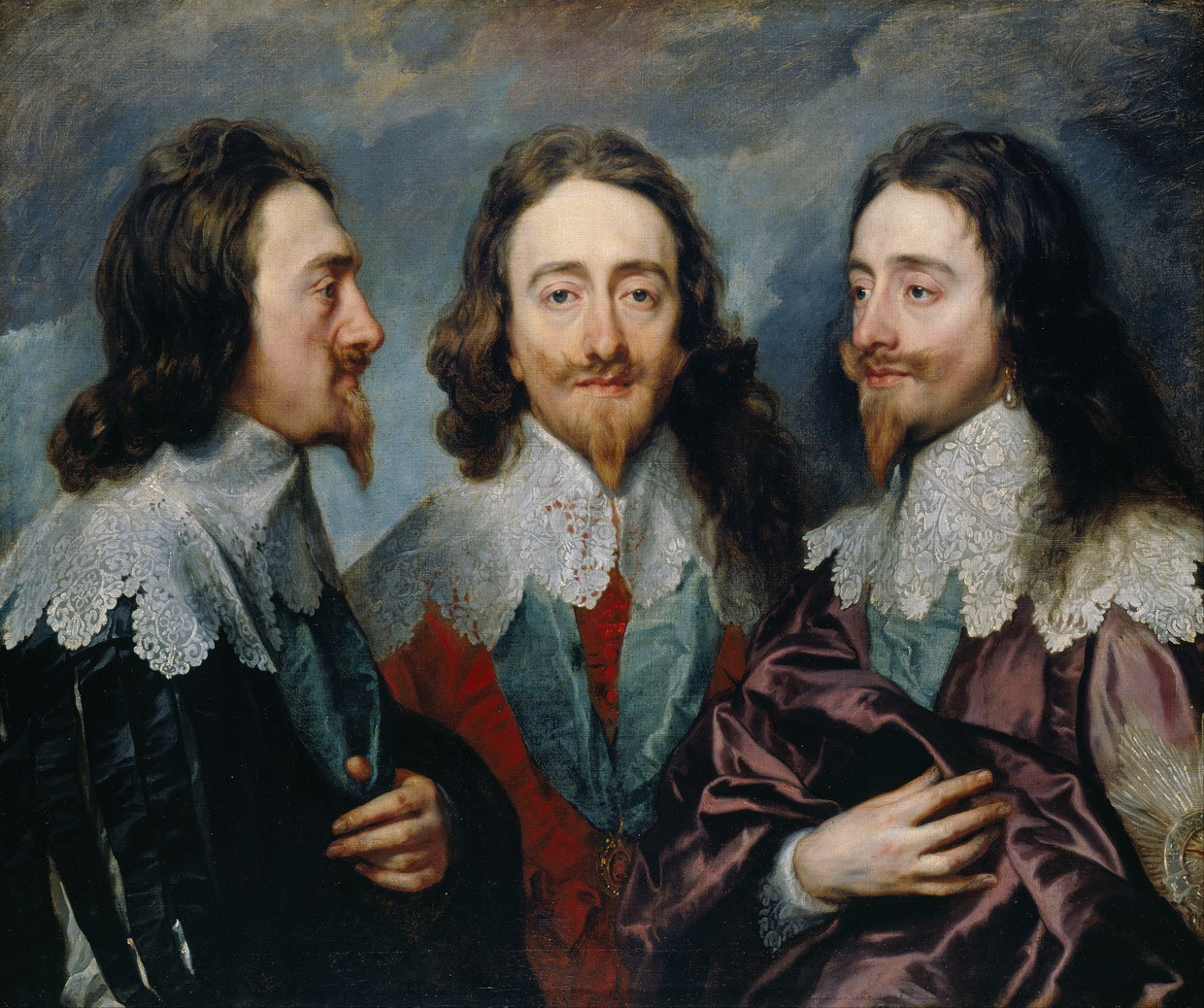 Training the Facilitators with a conceptual framework

At http://brickme.org when we train the facilitators, we use an alternative method which is using the Golden Circle structure connected to life. The idea is to get a broader vision of the What, How, Why and For What of their life purpose.

Facilitators are asked to cover the inner circles with photographs from magazines or newspapers.

Given feedback with images is more potent than post it with words.

We noticed people express better their feelings and emotions. The journey begins.

The second step of the training is to create their own images of the Past, Present and Future 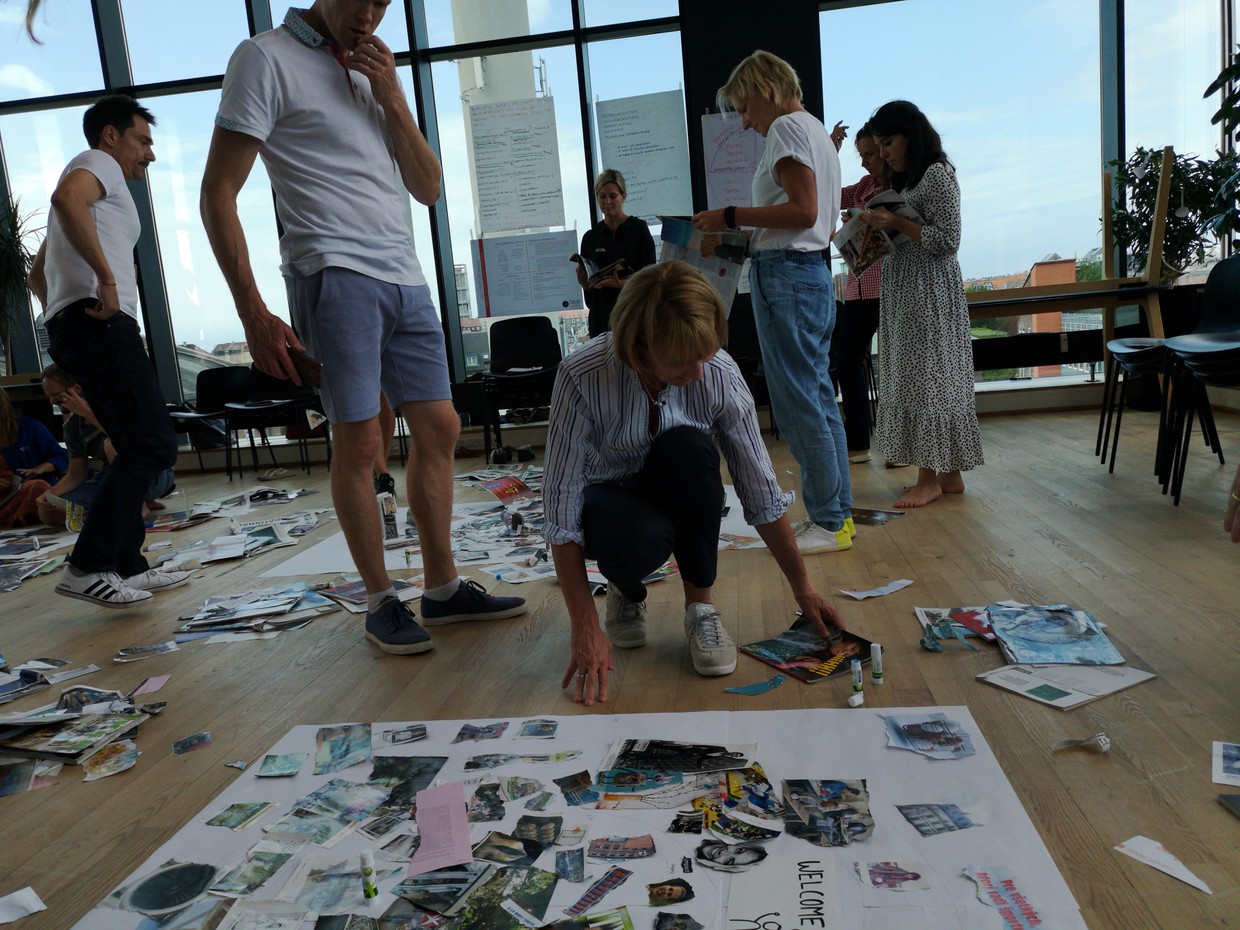 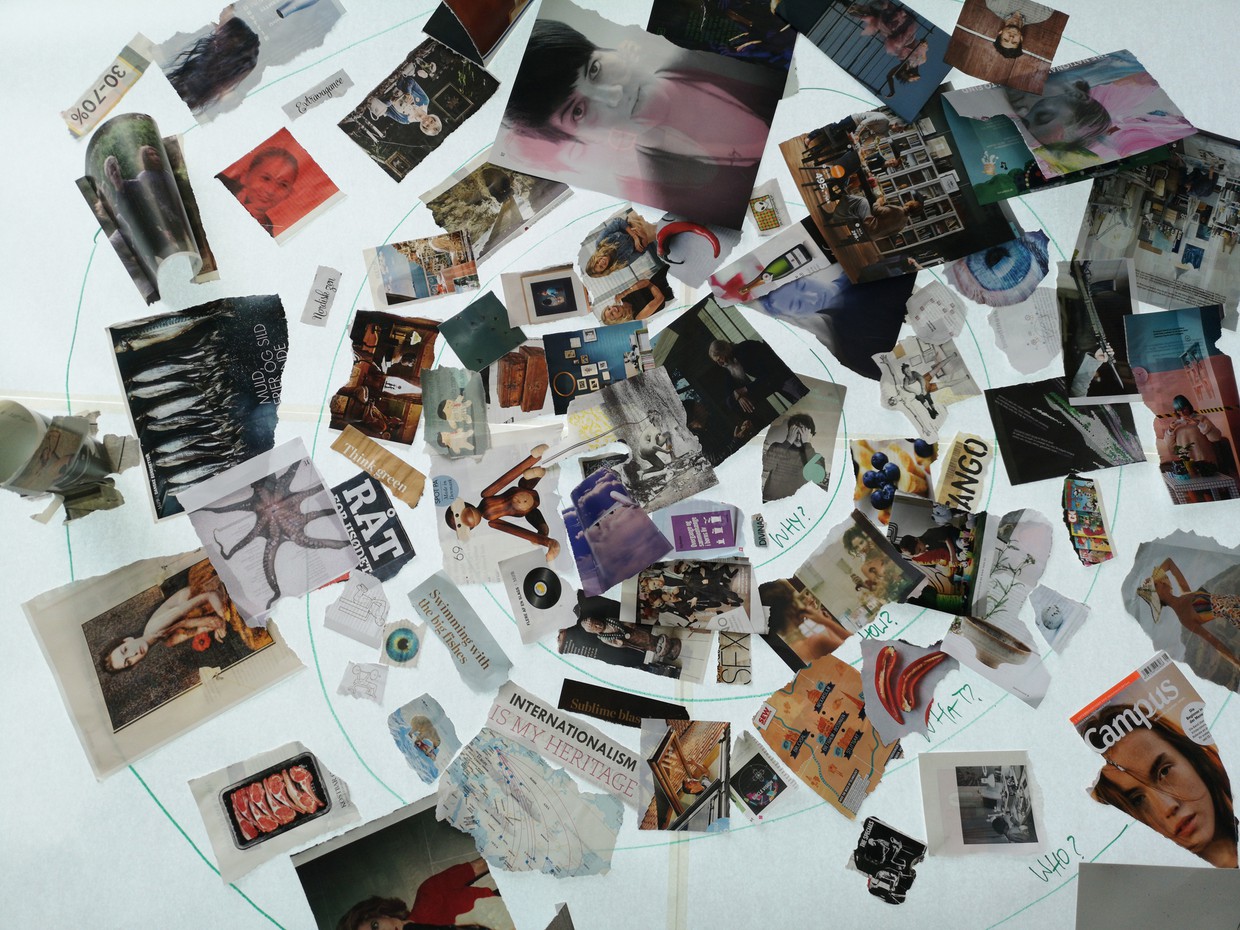 Insights from the experience side (Davit media producer and Director)

It works very well; I think the theme of getting young people to express themselves through a photograph works a lot. Even more so making them understand the power of an image and all that can be shown through it.

What makes me wonder (if I understood correctly) is whether to ask the kids to make a positive picture of the future. Suddenly that is where you could see, if left open, the possible conflicts, concerns or fears about the future.

I found it very interesting the group setting, the discussion and the possibilities we have regarding the video, which are many and emotionally charged. To accompany the creative process of the young person, to accompany him/her to look for and to realize that picture, to understand what it is that moves him/her, what S/he wants to express/share on an image... I find it very juicy and attractive; there is a theme! I see it as a lovely process.

from Slovenia or with Isidora from Serbia) to listen to their stories, to see their concerns and needs more closely.

This is the SYSTEM

I have not ever been an easy human been to understand.

Perhaps I am too deep, contradictory, and diverse, and few people

in the contemporary world have either the time or inclination to look beyond the obvious. 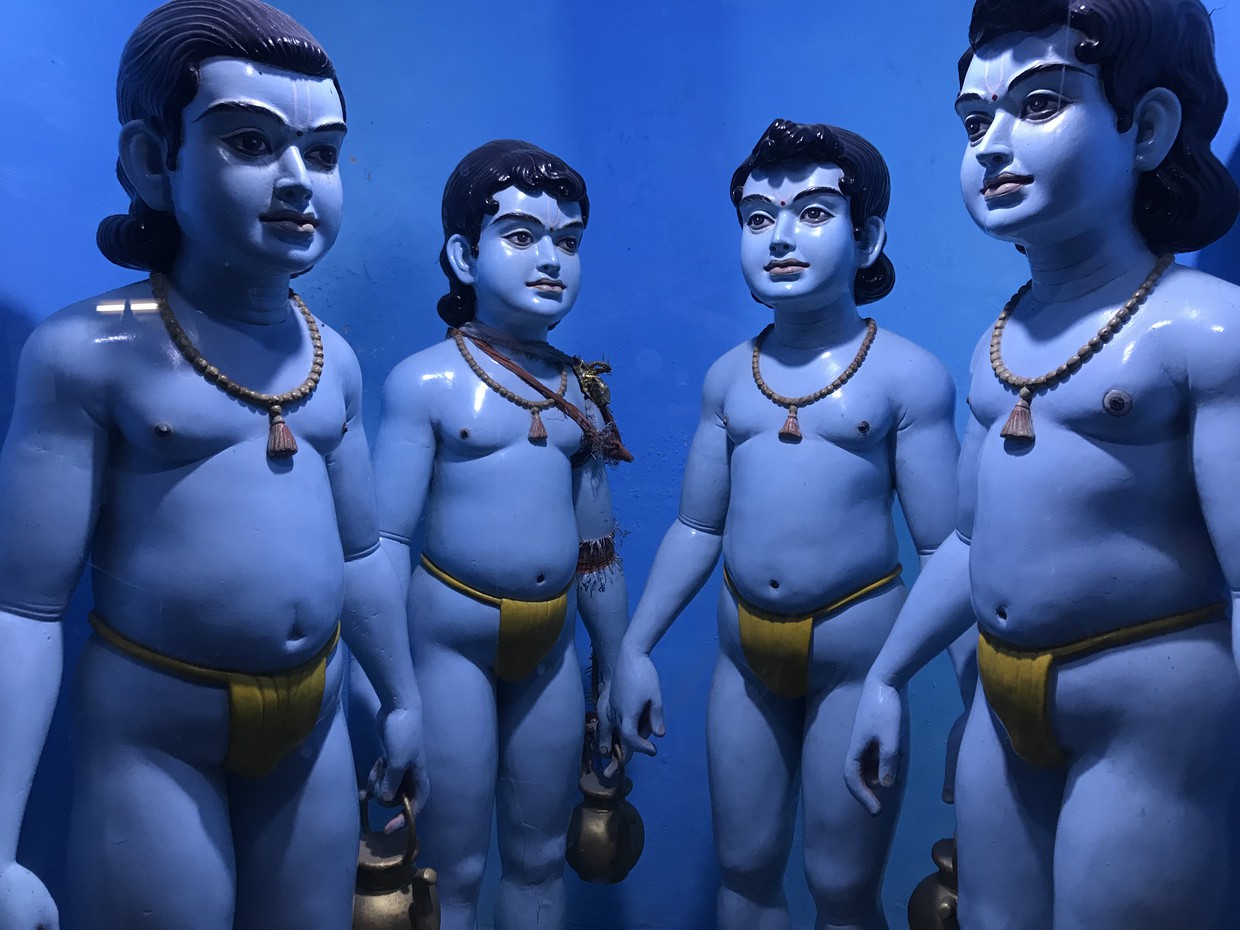 One YOU represents your Past, but when you look back, there is no Past because the Past is a memory experience located in your brain. Your brain is on your head keeping the long term memory where the past is hosted, therefore part of the Present.

Another YOU represents the Present do you know who YOU are?

A third one represents the Future.

Does the Future exist? Or is it just merely a projection of wishes, dreams, fears, and expectations or even an unknown paradigm for YOU?

The fourth one represents YOU

From which point of view you want to see your LIFE?

As Vania says: same appearance but many differences and at least, there is always a different angle essential to bring the child to the balanced adult together for a new YOU!

Bring the child to the balanced adult together for a new YOU! 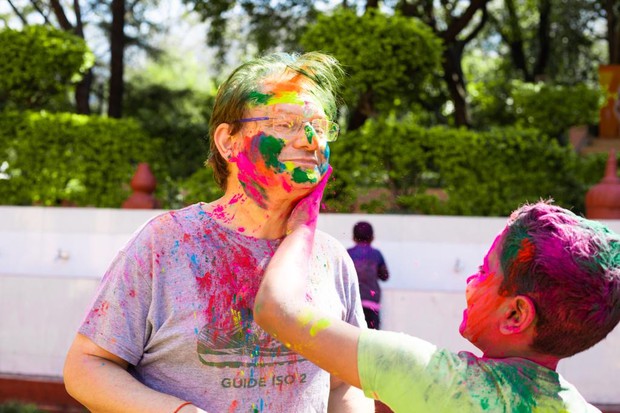 This is a Systemic "Future YOUth" transformational change workshop

Colourful, 100% practical with many takeaways and give in.

If you want to know more information mailto: