One of the goals for Fulton Public Schools is to keep your student(s) safe and help them be productive school citizens every day. Consequently, this Focus issue is continuing to provide you with information regarding student health issues.

The Vaping YouTube (link below) is a local production of material researched and prepared by Lauren Jacobs our Coordinator of Student Health Services. Even though a lot of vaping material is bantered about in the general press, Mrs. Jacobs is providing information pertinent to your student in a quick format. Also, note the vaping items displayed on the table in the video were confiscated from Fulton students during school hours. Mrs. Jacobs can be reached at 573-590-8110.

Also, included in this issue is a follow up to the suicide video that was in the November 22 issue of the Fulton Focus. Our social workers compiled a quick list of suicide warning signs and response suggestions. Current Social Workers Brittany Clingman and George Garner can be reached at 573-590-8000 if you have questions.

As indicated, we wish to keep your student and his/her classmates safe and help them be productive school citizens every day. The FPS staff is always ready to answer your questions or provide assistance if requested.

Thank you for sending great students for us to work with!

Warning signs of Suicide and How to Respond

How do I respond to a youth who may be suicidal?

Youth who are suicidal may not seek direct help, however recognizing the warning signs can be beneficial to start a conversation. Research shows that asking a youth directly if they are thinking about committing suicide does not increase their chances of contemplating or committing the act. When responding:

School districts throughout Missouri have been asked to participate in the Missouri Student Survey every other year since 1991. With the inclusion of a violence component in 1995, the instrument became the Safe and Drug-Free Schools and Communities (SDFSC) Survey. This year the Missouri Institute of Mental Health is asking districts to collect data from students at each grade level from sixth grade through twelfth grade.

The results of the survey are used to assist the school district in the evaluation and planning of its comprehensive school health program, prevention activities for students, and provide information necessary for local grant applications. Specifically, the results of the survey indicate the extent of tobacco, drug and alcohol use, as well as bullying, mental health, and other information. Here are two questions from the survey:

During the past 12 months, how many times were you in a physical fight?

During the past 30 days, on how many days did you smoke cigarettes?

Students are not asked to identify themselves and no individual student responses are reported or maintained.

If you would prefer that your child opt out of this survey, please contact the school counselor at your child’s building no later than January 10th, 2020.

The only Late Start Option that will be considered is a 2-hour option. If implemented, all start times will be adjusted by two hours. For example: If there is a 2-hour late start, START times would be pushed back by 2 hours with normal release times. If your child normally gets on the bus at 7:30, he/she would get on the bus at 9:30. If your child's building start time is 8:05, the start time for that building on the late start day would be 10:05. BacPac would open at 8 a.m. instead of 6 a.m. Breakfast would NOT be served.

Future inclement weather decisions will continue to be assessed based on current road conditions, the ability of various agencies clearing roads, FPS parking lot conditions, reasonably expected weather conditions and conditions of normal walkways. Our current practice of striving to make inclement weather cancellations by 5:30 a.m. will continue, when at all possible. Cancellations are announced via FPS text messaging, phone calls, and the web site. Local television news stations will also be notified. 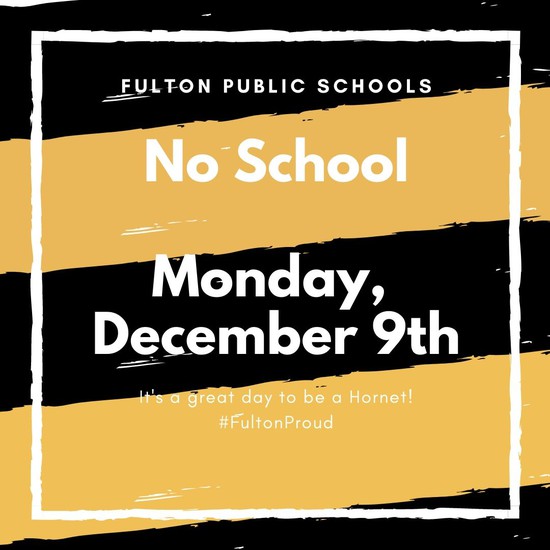 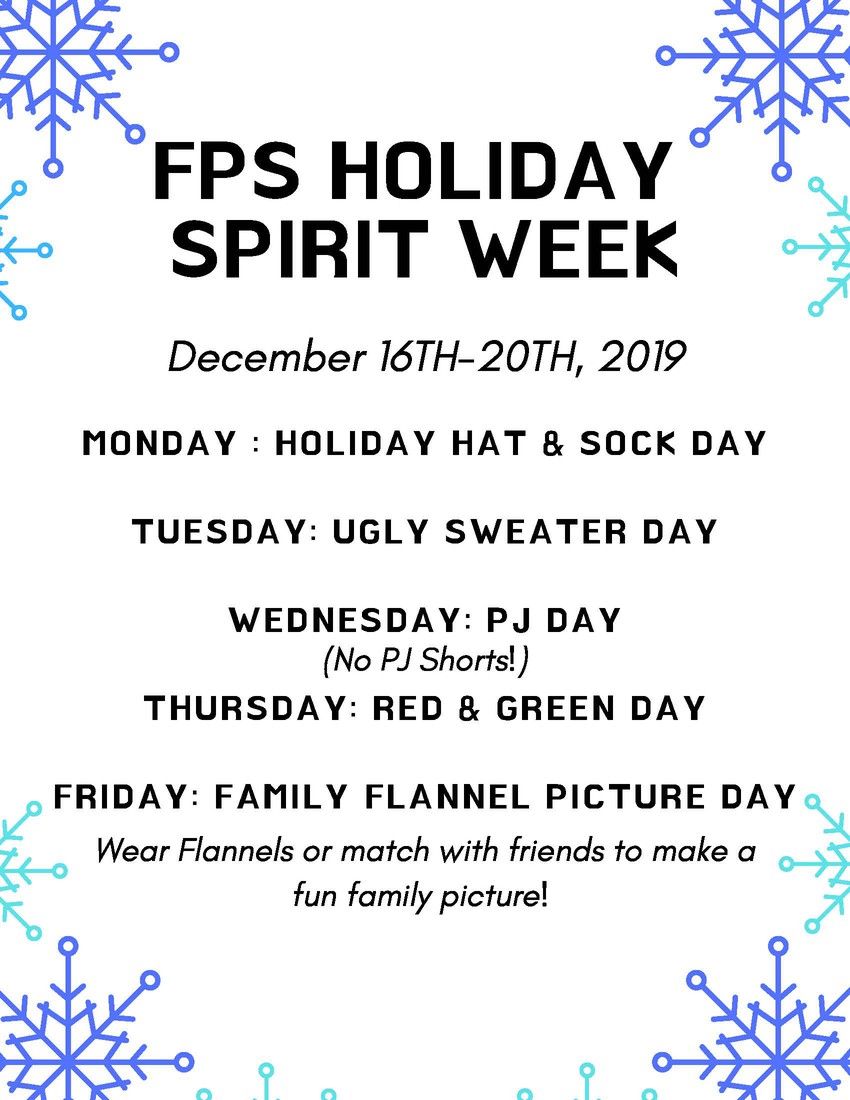 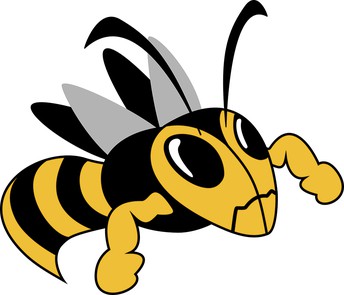