Supreet is using Smore newsletters to spread the word online.

Get email updates from Supreet:

By Supreet and Harnoor

By Supreet and Harnoor

Top single by an artist

The top downloaded song by a consumer is Shake It Off by Taylor Swift. This is a single in her new album 1989. The Taylor Swift song is targeted towards the teenage population. This is successful because it stayed at the top of the billboards 100 songs list for four consecutive weeks. This song was released in August 2014. Taylor swift is a 24 year old singer, songwriter and actress. She has released 7 albums and shake it off is in her newest album 1989. This was her very first pop album, and she parted ways with her old band. 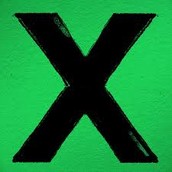 The top selling album in 2014 so far is by Ed Sheeran. It was released on 20 June 2014 in Australia and New Zealand, and worldwide on 23 June through Asylum Records and Atlantic Records. This is a album that is marketed to young adults and teenagers. This album hit number one in many different countries. It was also number one album on the Billboards Charts in the US. Ed Sheeran is a 23 year old singer, songwriter and musician that has created two studio albums. X is the second album he has produced the album he produced before this was +. These album names all have something to do with mathematical terms. This album would do well in Canada because Ed Sheeran is popular for his new style of music.

Supreet is using Smore newsletters to spread the word online.