Saylor’s Supermarket is hosting a raffle to support Big Spring’s 2020 graduating class. Tickets for the raffle are $20. The raffle drawing will take place at 6:30 pm at the Big Spring High School Commons (100 Mount Rock Road, Newville, PA 17241) on December 16. The grand prize is a chance to collect a maximum of $1,500 worth a Saylor’s goods in 8 minutes. Other prizes include a $500 Saylor’s gift card to first place, a $250 Saylor’s gift card to second place, and a $100 Saylor’s gift card to third place. The Supermarket Sweep takes place at Saylor’s on December 22 at 7:00 pm. Students and community members are encouraged to come and cheer on the person participating in the sweep. All proceeds go to the Post Grad Celebration for the 2020 Big Spring Seniors.

October 4th was Big Spring's homecoming pep rally. The pep rally started off by introducing the fall sports and games played by some of the sports members. The first game was an exhilarating competition to see which sports team could pop the balloons the fastest. This was then followed by hilarious a game of musical chairs, with the athletes blindfolded. The last game had volunteers from each grade to see who could eat a fruit roll up the fastest. The homecoming representatives were featured at the pep rally before the games. Big Spring's cheerleading team gave a preview of a few of their routines they would be performing at the football game. Concluding the pep rally was the traditional singing the alma mater and competing for the spirit bone, which the seniors won. Photos done by Christa Daugherty. 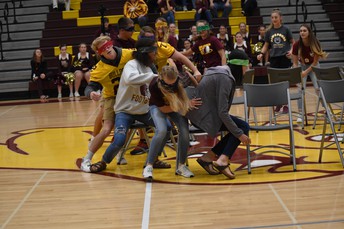 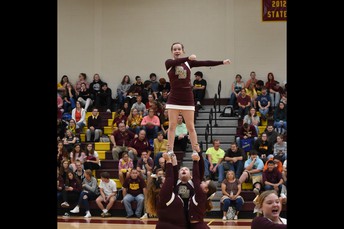 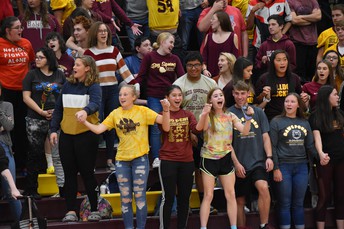 This year’s homecoming football game took place October 4th and was against Greencastle. This football game welcomed back Big Spring alumni to the game. Former Big Spring cheerleaders were also invited and performed their own routine and routines with the current cheerleading team. Big Spring won the game with a 35 point difference, the points being 41 to 6. During half time the homecoming representatives walked on the football field and homecoming king and queen were announced. Photo done by Lifetouch 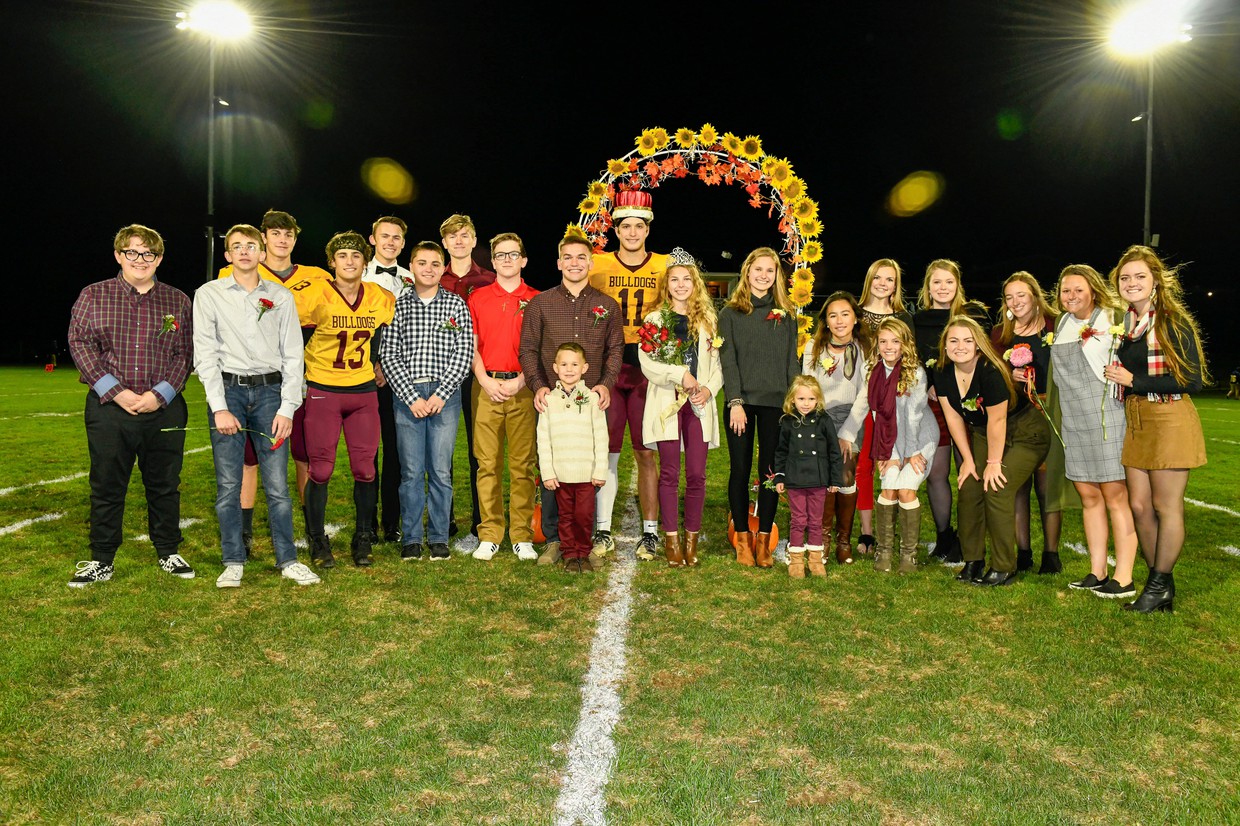 Big Spring’s homecoming took place on October 5th. The representatives included Conor Black and Faith Warner for the freshman, Cody Jones and Emilee Sullivan for the sophomores, and Colton Bistline and Aleya Eisenberg for the juniors. Homecoming court included David Parson and Olivia Weibley, Jacob Gardner and Emma Monismith, Memphis Elliot and Alexis Fearnbaugh, Adam DeGregorio and Regan Donato, Garrett Russell and Sara Crouse, and Gavin Pritchard and Alicia Canaday. Gavin Pritchard and Regan Donato were crowned this years homecoming King and Queen. This year’s homecoming had a great turn out, with over 450 students in attendance.

On October 18th all three Big Spring elementary schools brought their fifth grade students to the high school for career day. Career day is an opportunity for the fifth graders to learn about careers that relate to their interests. The students were assigned three colors based on what they want their future career to be and their interests. These colors were represented by career speakers who volunteered to spend the day speaking to the 2027 class. Club C.A.R.E helped organize the event and escort the fifth-grade groups to the different speakers.

Between October 10th and October 18th Big Spring’s field hockey, girls and boys soccer, volleyball, football, cheerleading, golf, marching band, and color guard team had their senior nights. At each senior night the players walked the field with their parents. The athletes biggest accomplishments, plans after high school and advice for underclassmen were read as they walked. Flowers were given for each of the athletes families as a thank you. 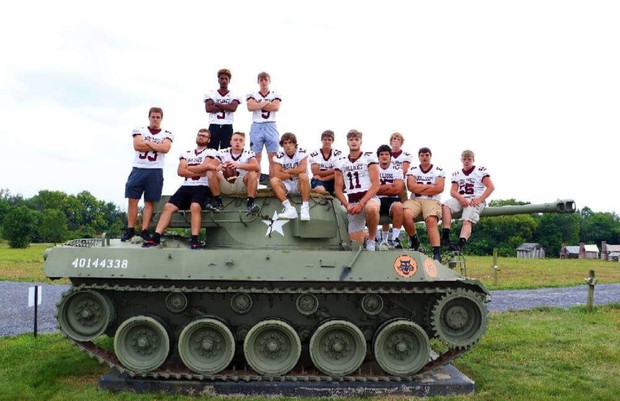 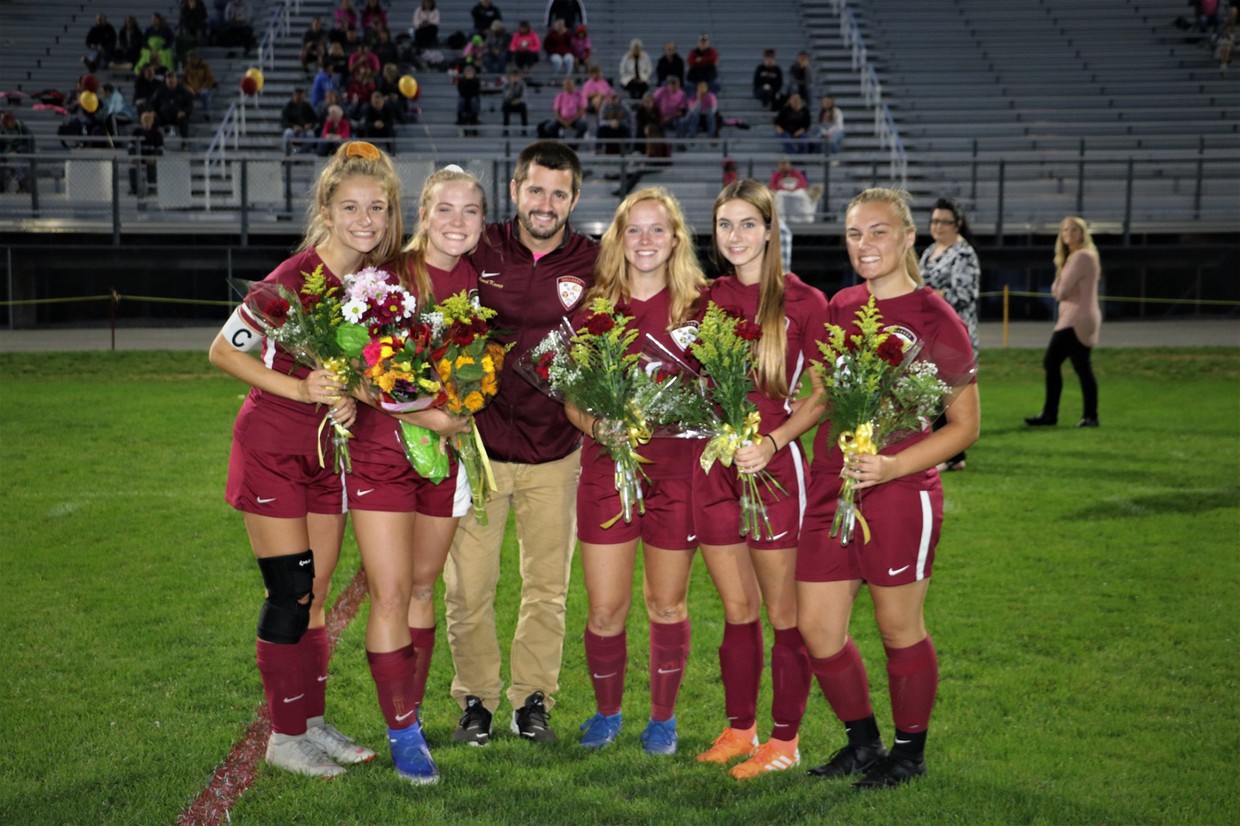 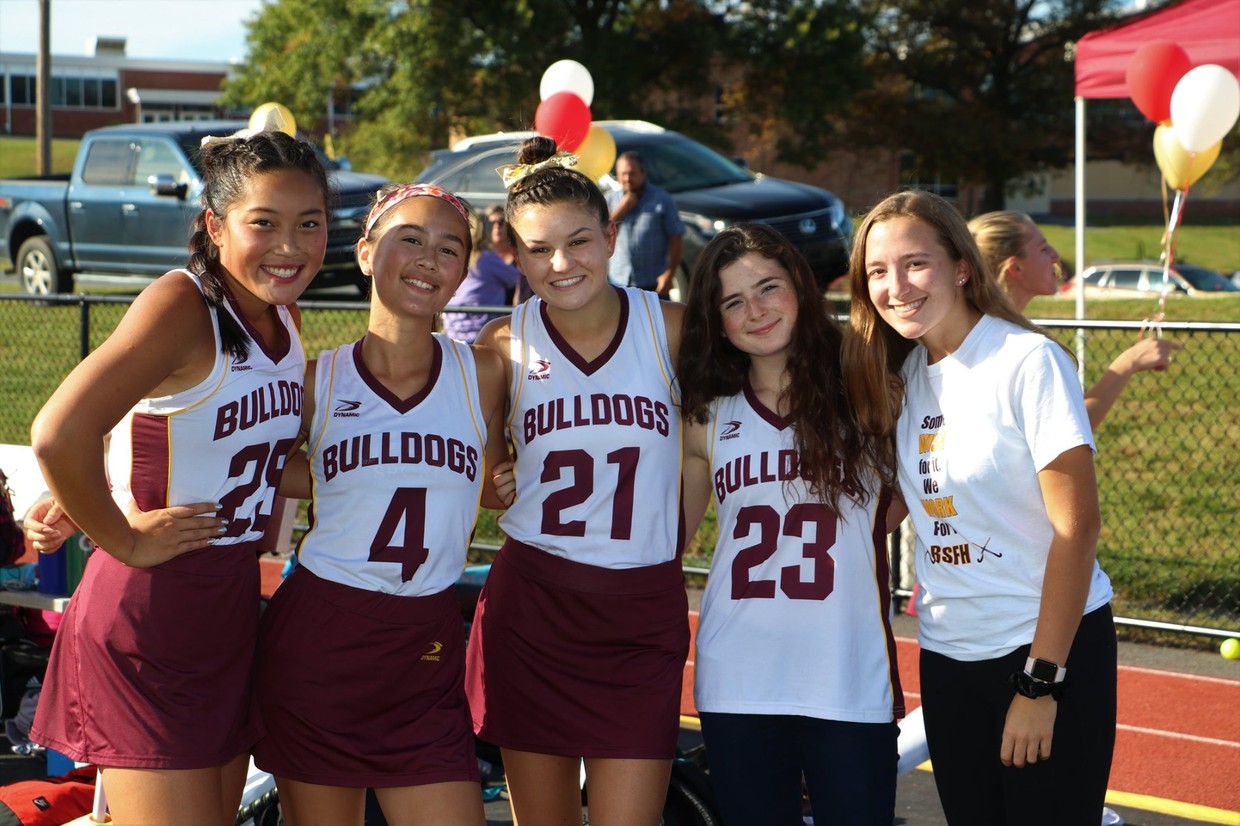 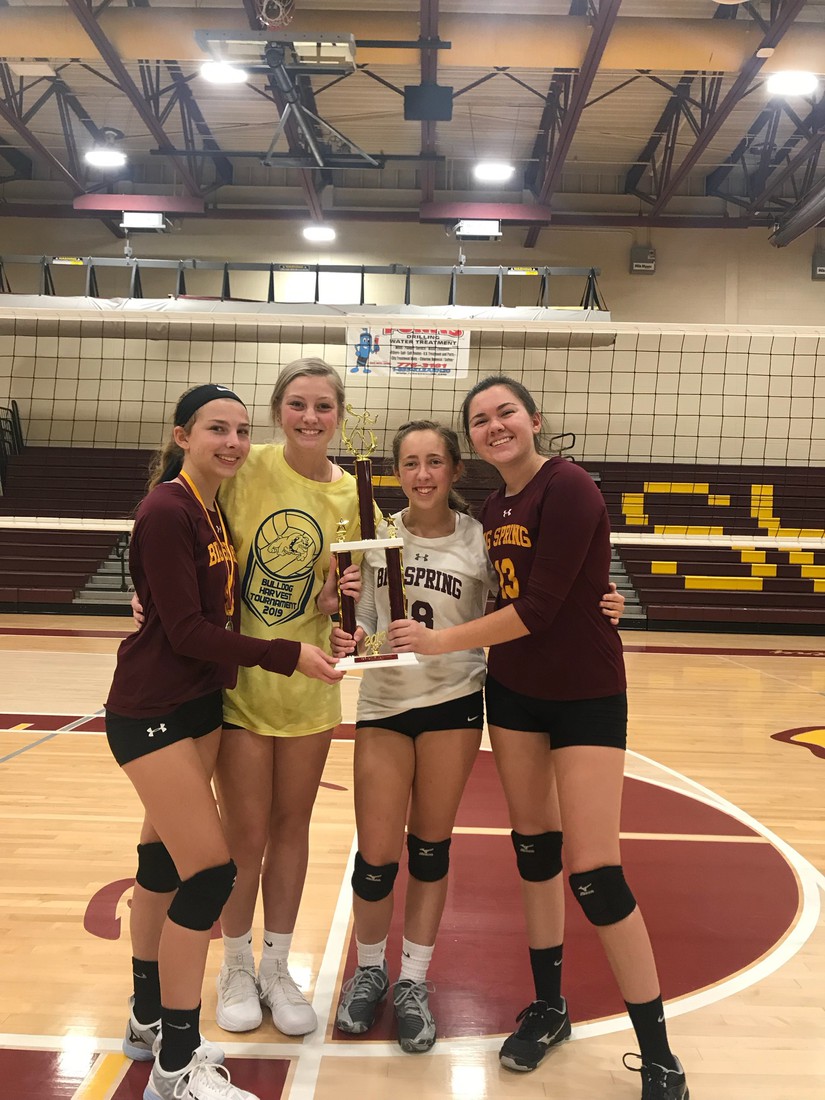 Madicyn Barnes, Leah Eichelberger, and Brianna Reidel are this years seniors for the cheerleading team. Photo done by Lifetouch 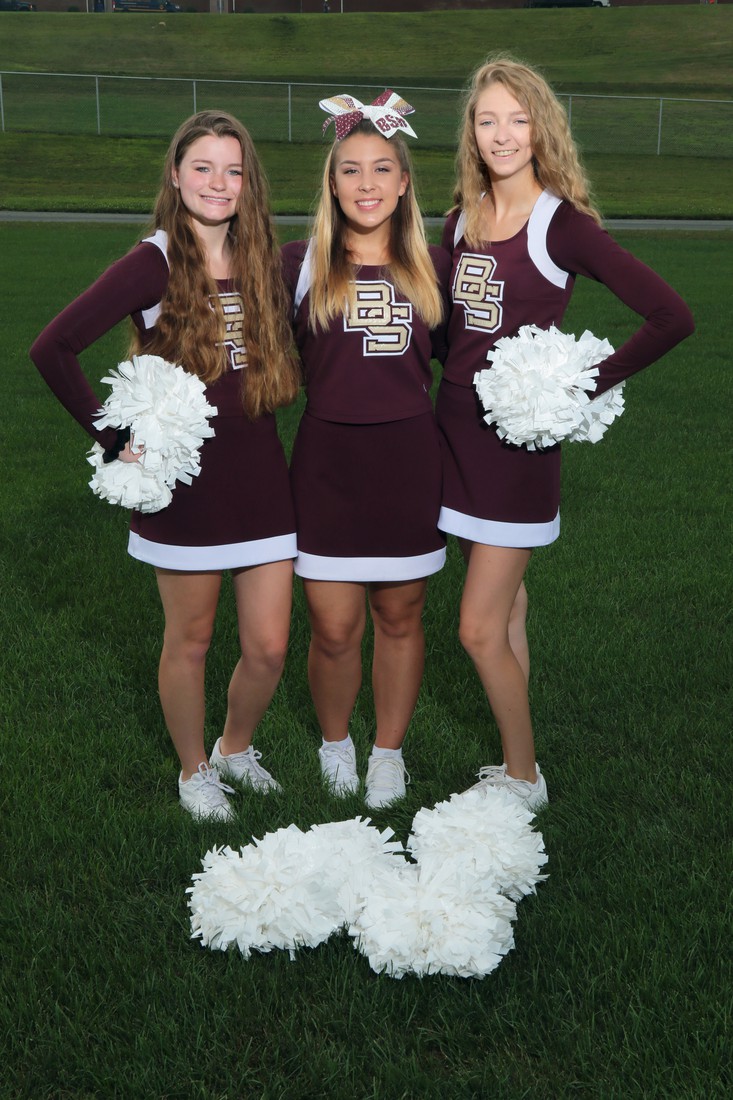 The two golf seniors are Addison Lay and Andrew Morrow. 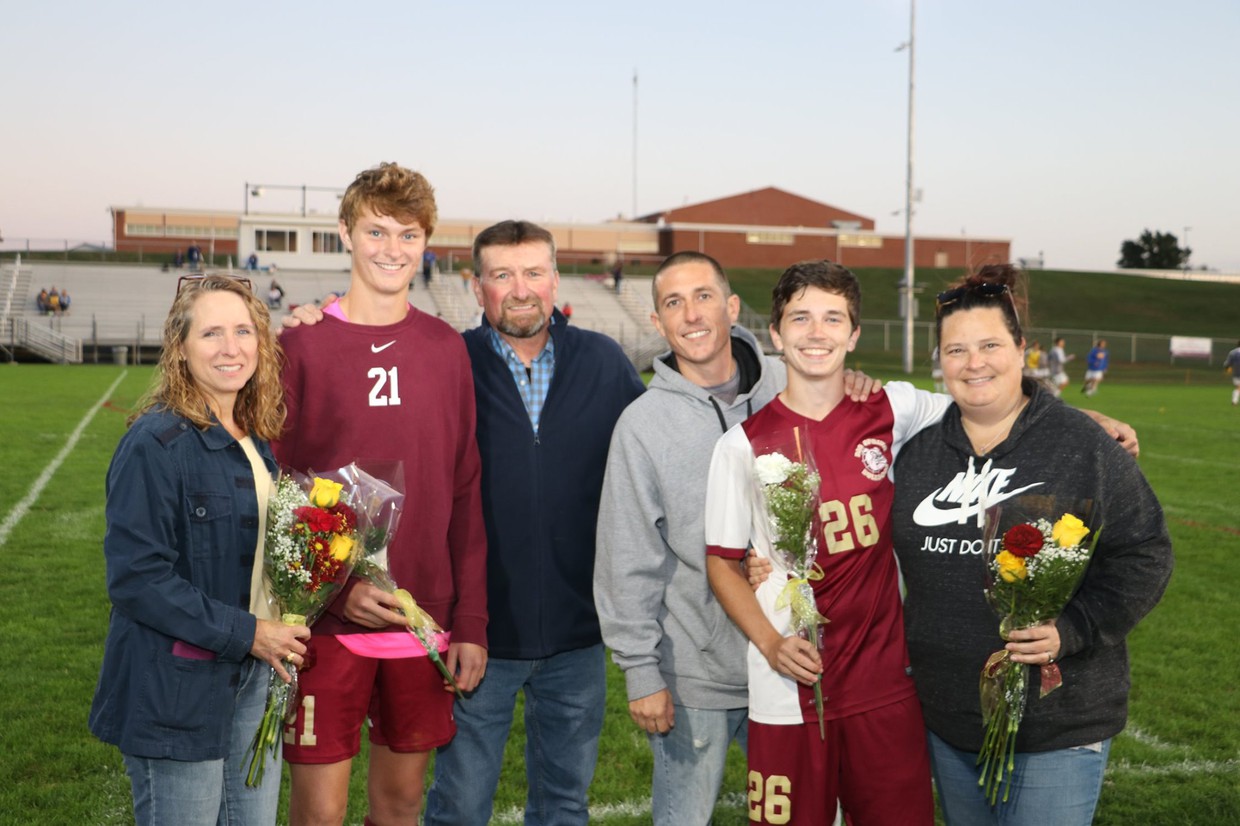 Follow William August
Contact William August
Embed code is for website/blog and not email. To embed your newsletter in a Mass Notification System, click HERE to see how or reach out to support@smore.com
close