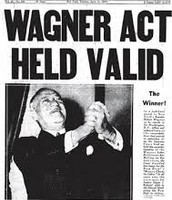 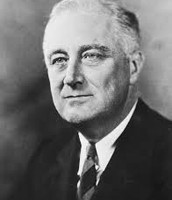 The bill (officially known as) was originally vetoed by Harry S. Truman in 1947. However Senator Robert A. Taft and Representative Fred A. Hartley, Jr were able to over come the veto.The bill restricts the activities and power of Labor unions.This bill was a conscious effort to decrease the gains made by the labor movement, particularly by the National Labor Relations Act, or NLRA/Wagner Act, which was established as Constitutional despite conservative Republican efforts in 1935 to defeat it. 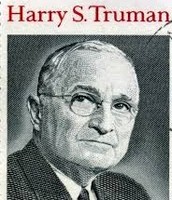 It is a term used in U.S labor law for contractual relationships in which an employee can be dismissed by an employer for any reason (that is, without having to establish "just cause" for termination), and without warning.When an employee is acknowledged as being hired "at will", courts deny the employee any claim for loss resulting from the dismissal. The rule is justified by its proponents on the basis that an employee may be similarly entitled to leave his or her job without reason or warning.