1. The Lion and the Mouse. - So a lion is mean to the mouse and then later the lion gets trapped, the mouse comes and saves the lion and is eternally grateful.

2. The Tortoise and the Hare. - A tortoise and a hare have a race, and then the hare is apparently an idiot and decides to take a nap during the race. The tortoise wins. The very misleading moral: slow and steady wins the race even though it wasn't the tortoise's slowness that made him win it was the hare's idiocy.

3. The Ants and the Grasshopper. - The ants are preparing the winter by stocking up on food. The grasshopper is a total bum and stuffs himself to the max and gets fat. He is completely unprepared and suffers a long cold winter. He should have died but this was made for kids so that'd be too gruesome. So in the spring he prepares for the winter and he's all fine in the end.

The Lion and the Mouse

The Tortoise and the Hare

The Ant and the Grasshopper 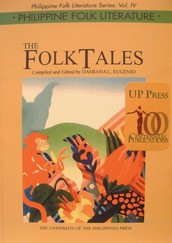 1. Fables - A short story, typically with animals as characters, conveying a moral.

2. Myths - A traditional story, especially one concerning the early history of a people or explaining some natural or social phenomenon, and typically involving supernatural beings or events.

3. Tall Tales - A tall tale is a story with unbelievable elements, related as if it were true and factual.

4. Folk Tales - A story originating in popular culture, typically passed on by word of mouth.

5. Epics - A long poem, typically one derived from ancient oral tradition, narrating the deeds and adventures of heroic or legendary figures or the history of a nation.

The Turkey and the Duck

Do like EXCITING fables? Then we have the story for YOU. Purchase the Turkey and The Duck NOOOWWW. The Turkey and the Duck is a very amazing story about an arrogant Turkey and a Heroic Duck. Purchase NOOOOOWWWW for exclusive content and a BONUS ending!!!! WEEEEWWWWW!! 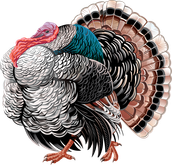 The Duck and the Turkey

One day Duck and Turkey were waddling through the forest. Turkey was very boastful and would talk non-stop about how great he is. Turkey was proud, proud about everything, his gizzard, his wings, his feathers, and so on. Turkey wanted to prove his greatness by challenging Duck.

“To prove who the greater bird is, let us go into the hunting zone and see who can last the longest without getting shot,” said Turkey in a boastful voice.

“I don’t know, what if one of us dies?” said Duck worriedly. Turkey pressured Duck even more. Duck eventually caved in and accepted his challenge.

“At dawn we meet right here by the grand oak tree,” said Turkey. So Duck and Turkey traveled all throughout the hunting zone. Duck kept quiet and hid behind trees and buried himself in shrubs. Turkey on the other hand stood proud and tall with his head held high. He was out in the open for all to see. But then……….. BANG! A hunter with a long rifle shot Turkey, luckily, he was only shot in the leg, but it was still hard to walk.

Duck heard the noise and he winced, he also heard a GOBBLE GOBBLE after the loud disruption. He raced through the forest towards the noise. He knew that this challenge was a bad idea from the start.

A while after, Duck found Turkey on the ground. Turkey was struggling to get back on to his feet. Duck helped Turkey to his feet. They exited the hunting zone and returned to the grand oak tree. Turkey was eternally grateful and respected Duck greatly. Moral: Arrogance will take you down the wrong path.

1. Believed in a balance of good and evil lead to a better life.

2. Yin and Yang was their official symbol.

3. Nature governs itself and that a good government barely took action.

1. Believed that the 5 relationships were key to having a good life.

2. Believed education was key to success.

3. Was taught all throughout China.

Perseus and Andromeda
Parables of Jesus: Parable of the Sower

Follow Ryan _
Contact Ryan _
Embed code is for website/blog and not email. To embed your newsletter in your email, click HERE to see how or reach out to support@smore.com