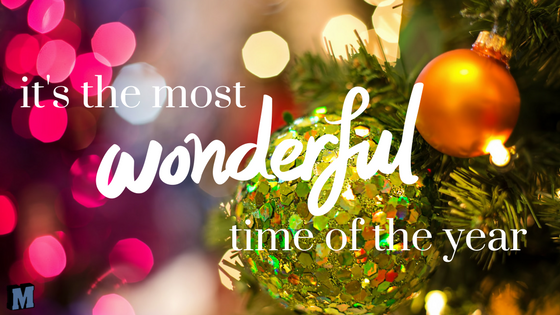 Happy Holidays to Everyone! It is incredible that the vacation and holiday season are upon us already. The Spirit Week was a huge success this week, uplifting the school and holiday spirit. A huge thank you goes to the Student Council for organizing this (see the weeks events below). Take the time this vacation to enjoy some down time and opportunities to connect with family and friends (safely of course). Be mindful of others who are struggling this time of the year and try to find ways to being some sunshine to people in your community. The Wingspan staff looks forward to seeing all of you in the New Year 2022! 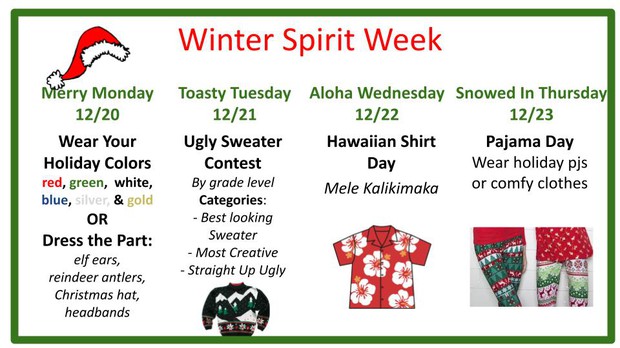 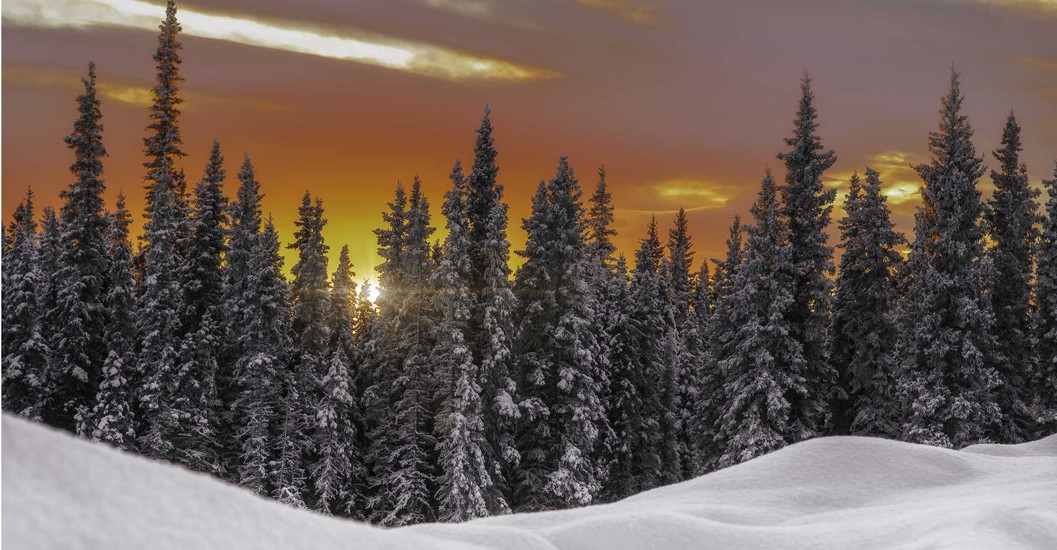 There is a lot happening this season. With multiple holidays such as Christmas, New Years, and just recently, Hanukkah, as well as a holiday not many people around here celebrate, Saint Nicholas Day. This is a German Christmas celebration where you leave your boots outside of your door and Saint Nick gives you little gifts and candy. This season is about kindness and giving. 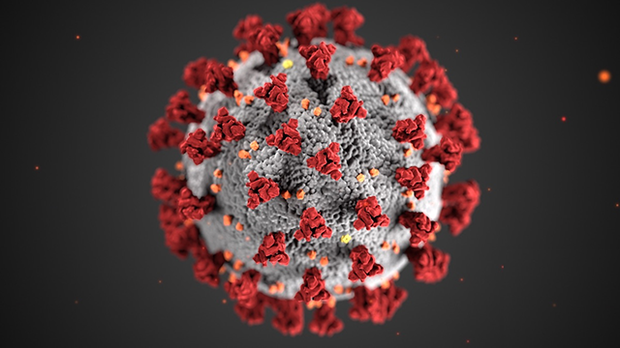 For this month’s COVID 19 updates we have had an upward climb recently surrounding our area. So be sure to wear your mask correctly, which means over your mouth and nose. Even if you are fully vaccinated you must have the mask above your nose, as per the requirements of the in school mask mandate. Please be sure to wash your hands if and when you get the chance in order to keep the school clean and healthy. Having a small hand sanitizer is never a bad idea, and can save the school’s supplies. You are also strongly encouraged to monitor yourself for symptoms of COVID 19 which are listed down below;

Don’t forget to stay safe over the holidays! Here is a link with basic safety tips that you can take from the CDC;

In order to come back to school after the break healthy, please take these into consideration when planning your holiday break! 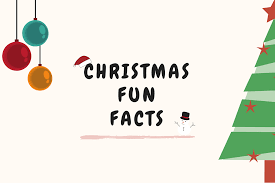 Holiday Fun Facts you should know about.

The first fact I will tell you is about our traditional holiday tree, Evergreens. They are an ancient tradition. The tradition of Christmas trees dates back to when the Egyptians and Romans walked the Earth. They decorated the Evergreen trees during the winter solstice to ensure that spring would come. Now you have the Romans and Egyptians to thank for the wild tree in your house.

And the Dutch to thank for the tradition of cookies. As a child you may remember leaving Santa a cookie before you went to bed in exchange for some presents. Well the Dutch children did the same. On the night before Christmas, the Dutch children left cookies for Santa and it caught on. Now it's a tradition.

Also, another tradition you may remember is hanging stockings for Santa to fill. Well that started by accident. It was the night before Christmas and one night a family hung their socks up by the chimney to dry. Then the next morning they were filled with goodies. And the tradition just stuck.

The popular Christmas song Jingle Bells was originally a Thanksgiving song! James Lord Pierpont created the song ``One Horse Open Sleigh¨ in the 19 century for a thanksgiving concert. But then it was released as a Christmas song.

Did you know that during the Revolutionary War from 1659-1681 celebrating Christmas was illegal. Anyone caught doing Christmas festivities or being joyful in the Christmas spirit had to pay a fine.

Meanwhile, have a great holiday! And I hope you enjoyed learning all these festive facts, or shared them with a friend. Therefore stay safe, healthy and merry!

The History of Christmas

Have you ever wondered how the magic of Christmas started? Well here it is, all in a historic story, which ends in happiness.

An extremely long time ago, a baby was born. His name was Jesus. Some of you know that name well, some don’t. Jesus was born on December 25th in Bethlehem, the day Christmas is also celebrated. The people said that Jesus was the son of God in the religion of Christianity, (which is now a very popular religion) and is worshiped by many people. According to the Christian Bible, Jesus was born in a manger, and when he was born, two angels appeared to shepherds who spread the news that Jesus Christ was born. Meanwhile, three wise men saw a bright star in the night sky, which they followed, and led them to Jesus, who was sleeping in a manger, the place where barn animals ate their food. While Jesus Christ himself was sleeping, the wise men arrived, who were bearing gifts and worshiped him. When Jesus grew up, he had lots of followers. But the Romans saw him as a threat, and crucified him on the cross. Many years later in the Middle Ages, it was said to be the first ever Christmas. Except, it was a little different then what we do today. In the Middle Ages of Northern Europe, the people said that in the winter, it was the time to cast away the “dark days' ' of the past years. So huge numbers of people came together to celebrate, by setting up bonfires, decorating trees, and having a good time with each other. This had nothing to do with Jesus though. They did it for an elder god named Odin. This time to come together and celebrate Odin was called Yule. Meanwhile in Rome, the people celebrated Saturnalia by drinking wine, celebrating in the streets, and trading gifts with each other. Meanwhile, the Christian church and Pope wanted to celebrate something more “wholesome”, so they called their holiday, Christmas. They celebrated Christmas a little more like we do today. They decorated pine and evergreen trees, ate big meals with their family, and a jolly man who gave gifts to children like the dutch (hmm, sound familiar?). But there was one dutch in particular, who we all know the name by now. If you said Santa, you're wrong, sorry! But if you said St. Nicholas, then you get an A +! He was later NICKnamed, Sinterklaas. He was tall and big, who wore red robes and had a big white beard like we know old Santa. Now, let’s teleport a few thousand years later, to the present day (I’m hilarious, I know). Christians all around the world celebrate Christmas in different ways. In Iceland, (ELA teachers will love this by the way), people are given books and read for the rest of the night. In Japan, people eat chicken and other foods too. Lastly, in America, family members give each other presents and spend the day with each other. Well that's Christmas for you and I ho-ho-hope you enjoyed the history of Christmas, and my jokes! Thank you all for reading this story, and I’ll see you soon! 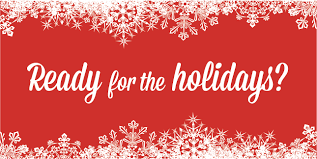 What Are Your Plans Over The Holidays

The holidays are here, and everyone is getting ready to sit back, relax and enjoy their winter break. I asked a few students and faculty at Overlook and asked them what THEY planned on doing during the break!

“My whole family is coming to my house, and we will celebrate Christmas together.” -John Morand

“I am planning on seeing my family, hunting, taking naps, and going on some day trips! I have no big trips planned.” -Mr. Young

“We’re going to just relax and enjoy the break.” -Ryan and Gavin Rollo

“Sleeping, reading, and hanging out with my family.” -Mrs. Jenson

“I will spend time with my friends over break. I'd like to go away for vacation, but we didn't make any plans this year.” -Mr. Douglas

“Over break,I will be working and celebrating the holidays with my family!” -Mrs. Martellio

And I will be drinking hot cocoa and celebrating Christmas with my family over break! There you have it! Thank you for reading this article, and have a happy holiday season! 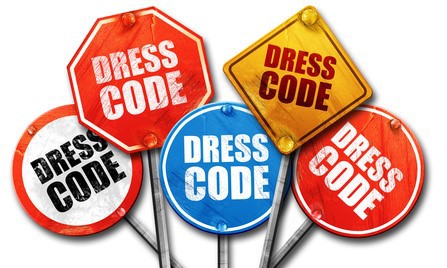 Overlook Middle School has recently reminded students of the dress code expectations. On December 15, 2021, students heard over the morning announcements that the dress code in the Overlook Student Handbook would be enforced. “Any attire that is disruptive, distractive, or does not conform to standards of common decency and propriety is forbidden,” the announcement said. This caused some mixed reactions among students. I asked a few of these students about their opinions on this announcement.

“I think that the dress code rules could have been done differently,” says Jessica*. “I feel like it targets certain groups of people.”

“I don't personally wear pajamas, but I accept it as an act of expression from other people,” says Peter*. “So as long as it's appropriate, it’s OK.”

“I think that there are a lot of things in the dress code that shouldn't have to be mandatory, like pajamas, coats, chains, short shorts, and skirts,” says Lisa*.

I also asked some teachers about the new dress code enforcement. “The rule has to be enforced,” says an eighth grade teacher*, “and if you don't like the rules, then you should get them changed. My job is to enforce the rules.”

Dress codes are present in many schools, and they have many benefits. For example, dress codes can help students focus on their school work instead of on their wardrobe. They can reduce the amount of wardrobe-related bullying incidents, and lower the amount of appearance-related peer pressure students get. There is a lot of controversy surrounding dress codes, however. Many people across the world say that dress codes are sexist, for a few reasons. Firstly, they say that dress codes are targeted at women, particularly at younger girls. Many schools have banned items like leggings or midriff-baring tops because they are “distracting”, and some students will be unable to focus, but this kind of language is considered sexist today. People also say that dress codes violate student’s freedom of speech by not letting students express themselves through their appearance. The ACLU, a law firm that deals in citizen’s rights, pointed out that in a 1969 court ruling, students’ rights to express themselves through their clothing was upheld, with the Supreme Court explaining that students do not “shed their constitutional rights to freedom of speech or expression at the schoolhouse gate.”

So, what do you think? Should dress codes be mandatory, or should students have the right to dress however they please? You can answer that question by filling out this poll. VOTE HERE

*NOTE: ALL FIRST NAMES WERE CHANGED TO MAINTAIN THE ANONYMITY OF STUDENTS AND FACULTY. 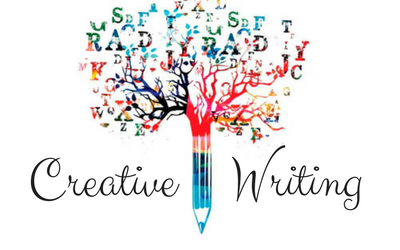 A poem by Marko Peterson

The end is coming

Your blossoms are falling

Your sisters are humming

Is where I live

The two weeks I strive

I refuse to forgive

I want to live longer

But sheltered in my fluff 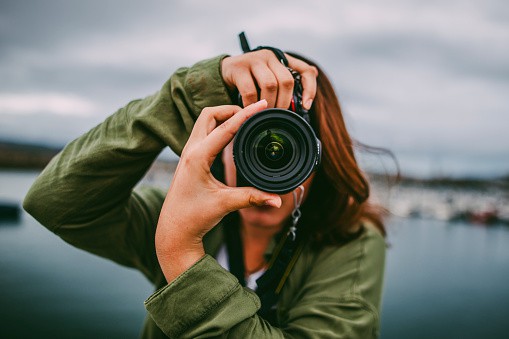 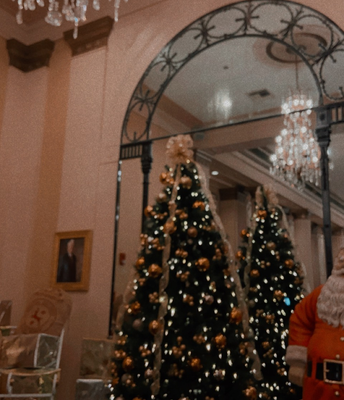 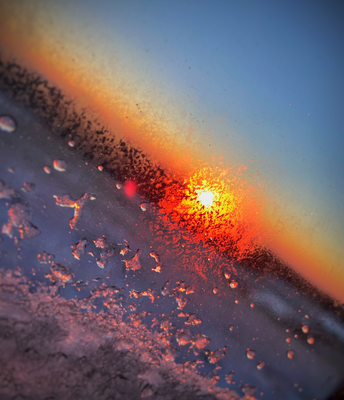 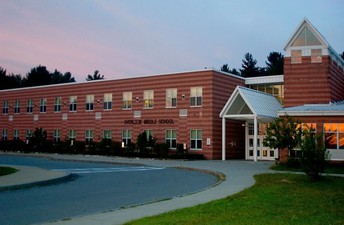