Kaile is using Smore newsletters to spread the word online.

Get email updates from Kaile:

Americans have won a second war of independence

Americans have won a second war of independence

The War of 1812 all began with the conflict between America and Great Britain that made a huge impact on the young country's future. Great Britain had made several attempts on restricting the United States on trade and America's desire to expand its land. President James Madison was familiar with the ongoing conflict with Britain. The only option that was left was to bring military force to combat British vanity. The War Hawks made a huge influence on party members. The actions of the U.S had failed to abduct Canada. But, Britain's army had stopped when attempting to abduct Baltimore and New Orleans.

On December 24, 1814 the Treaty of Ghent was signed by British and American representatives. This document was signed after the War of 1812. The purpose of the treaty was to give all land that was taken to be returned and it had hailed as a diplomatic victory in the United States. 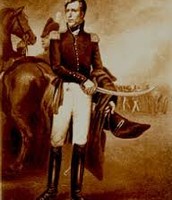 Andrew Jackson was the only President to have served in the Revolutionary War and the War of 1812. During the War of 1812, Jackson was appointed as General and was sent to New Orleans to prepare against British attack. Jackson's army of Tennessee and Kentucky defeated a British force of 7500 men.

On October 18, 1814 the Massachusetts legislature had ordered a convention to debate on constitutional means. This convention was meant to protect New England interests. Two months later, Federalist delegates gathered together in Hartford, Connecticut to talk about the impact of the War of 1812 on their home states' economies.

After the War of 1812, economic expansion grew over the years. However, the American industry was just getting started. Louis Caldwell began to build a textile industry in the United States which helped by closing down trade with Britain for a couple years. With trade shut off, industries were becoming well established and competition arose with foreign companies. With that, demand had increased for domestic products. Not only did Louis build a textile industry but he levied men into service by drafts. Drafts that were focused on political tussles with Royal governors.

Kaile is using Smore newsletters to spread the word online.