Conservatives in the 20th Century

the modern conservative movement beginning in the 1960s

Conservatives in the 20th Century

the modern conservative movement beginning in the 1960s 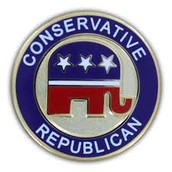 Conservatism in the 1st two decades of the 20th cetury was marked by a lassiez faire philosophy that equated the welfare of business with the welfare of the United States.

(eg Calvin Coolidge - "The business of America is business.". Conservatism was also based upon the belief that individuals should solve their own problems without government intervention (Herbert Hoover - rugged individualism).

Conservatism began to a mjor force in United States' politcs, particulrly in the Republican Party, in the 1950s.

Andrew Mellon served as Secretary of the Treasury from 1921-1932. Mellon had extensive experience as a banker and financier and went to work to reform the federal government's taxing priorities and budgeting procedures.

Mellon subscribed to trickle down economics that posited that tax cuts for wealthy individuals and corporation would trickle down (spread out to) all economics classes. This philosophy and supply side Economics will be given a new birth in the Reagan Administration during the 1980s. 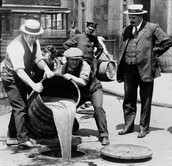 Social and Economic Conservative and Racism

With the ratification of the 18th Amendment out country entered a relatively short tun of Prohibition or temperance (relating back to the American Temperance Society founded by Lyman Beecher in the Antebellum Era). This was pushed by the Women's Christian Temperance Union (WCTU).

The National Origins Act was passed in 1924 setting the first hard quota for the number of yearly immigrants. Southern and Eastern Europeans were severely limited (more likely to be non English speaking).

After the Bolshevik Revolution (1917) in Russia some organized labor groups are seen as a threat to America and there is a backlash against unions. Eugene Debs was jailed in 1918 and received a presidential pardon in 1920. There are also strong moves against unions during the Reagan Administration - the firing of striking Air Traffic Controllers. Note: It was (is) against the law for federal employees to strike. 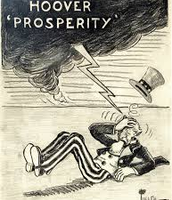 Modern Conservative Origins in the 1950s and 1960s 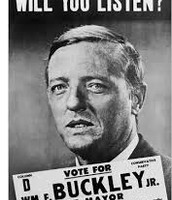 William F. Buckley has been one of the nations' top conservative voices since 1955. In the first issue of his National Review Buckley declared,

"It is the job of centralized government (in peacetime) to

protect its citizens’ lives, liberty and property. All other

activities of government tend to diminish freedom and 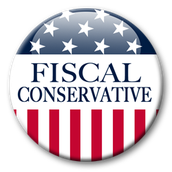 Religious and Social Conservatives also score a victory during this Cold War era when President Eisenhower inserted "under God" into the Pledge of Allegiance and two years later signed into law a declaration making "In God We Trust" the nation's official motto. 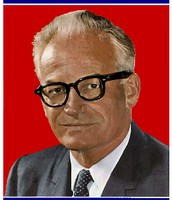 When an election loss is a "win"

Even though Senator Goldwater was beaten decisively in the 1964 presidential election (under 40% of the popular vote and only 52 electoral votes), the platform and stances that he took in 1964 began to define Republic conservatism. Key intellectual arguments included Barry Goldwater's Conscience of a Conservative and Milton Freedman's Capitalism and Freedom.

Among Goldwater's major points was an attack on the social welfare state as a destroyer of individual initiative.

The Success of Conservative Republicans

President Nixon appealed to those silent Americans who he considered to be troubled by ant-war demonstrations, too much government regulation, too high of taxes, and by too many rights being afforded by the Supreme Court to criminals.

Additionally, Nixon applied a "southern strategy" to continue to appeal to disaffected southern whites. Senator Goldwater had carried five southern states that previously had been comfortably Democratic. Many saw this switch as "white backlash" against Civil Rights gains during the Johnson Administration.

President Reagan's conservatism focused on greater states' rights, opposition to busing of students, an end to affirmative action, lower taxes, less government regulation, and a focus on what he called traditional family values.

Indeed there were two major federal income tax cuts during the Reagan Administration, cutting the highest marginal rate from 70% to 28%, based on Laffer Curve. Important providers of Conservative theology in these areas includ(ed) the Heritage Foundation and American Enterprise Institute.

Additionally, President Reagan was a military hawk and a believer in supply side economics. 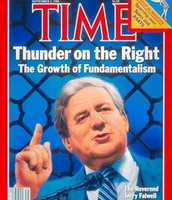 The Christian Coalition, the 700 Club, Jerry Falwell, and the Praise the Lord Ministries (Jim and Tammy Fae Bakker)became influential both religiously and politically.

Social and religious conservatives focused on opposition to legal abortion (Operation Rescue), opposition to the proposed ERA amendment (Phyllis Schlafly), opposition to school provided sex ed. programs (called for abstinence only programs), and served as a staple supporter for the "War on Drugs" (First Lady Nancy Reagan - "Just Say No").