A Country Made For Expanding

A Country Made For Expanding

American imperialism is expanding borders and expanding trade to help better expand trading for countries. Japan is already a beautiful and buzzing with activity. With American expansion and culture, Japan can expand it's influence and continue to be the same Japan that everybody loves.

The American expansion of the Pacific Island get help grow the Japanese economy and even help trade materials with the United Kingdom and Germany. Japan has always been in isolation from western cultures for too long. If we secure the agreement, we can help set the standard for trading for many other countries around the world.

New influences from America and various other countries can help strive lower priced products and more diverse holidays, foods, and items. The Japanese economy will grow and so will others along the way! There is really no downside to it! 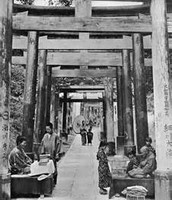 America's need for raw materials can help Japanese companies and the economy to grow with even more flow of money. With the United States' advanced technology and agriculture, Japan can benefit to grow on to a global super power. 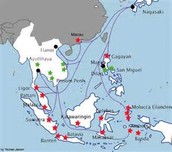 The Gate to Asia

The American expansion to Japan can benefit both the United States and Japan. This agreement can lead to further expansion and trading with various other countries in both the east and the west. We will make new allies along the way and eventually make friends to help us in a situation and get what the people of Japan want.

Japan offers exotic seafood, meats, and grains. Rice, soybeans, squid, shrimp, tea, and etc. Overproduction of both Japanese and American industries are causing companies of both countries to lose money. With trading post and advanced shipping of both raw materials and technology can help everyone. 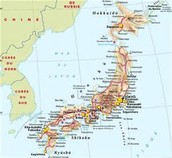 With many islands in the pacific, any military can expand their control over territory with military bases and ships. This is a vital place for expanding a country's political, military, and economic power.

So Why Not Expand With Japan?