Get email updates from Rodriguez: 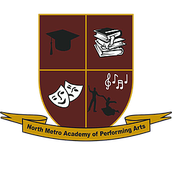 Vision: North Metro Academy of Performing Arts will be the best charter school in the state of Georgia where students acquire the 21st century knowledge and skills ignited by the arts to be successful in high school and college.

Mission: NMAPA engages students in instruction that integrates academics and performing arts in ways that address the unique needs and interests of each student, while intentionally developing confidence, imagination and collaboration.

Integration of the Arts

I am a NMAPA child of Excellence who always does my best. I am Respectful and Responsible. I am Creative and Innovative. I am Focused and Determined. I am Kind and Supportive. I soar as high as an eagle on the wings of my Integrity. I am a Courageous Leader who can achieve anything with hard work and dedication. I am a NMAPA scholar and I am committed to Success! 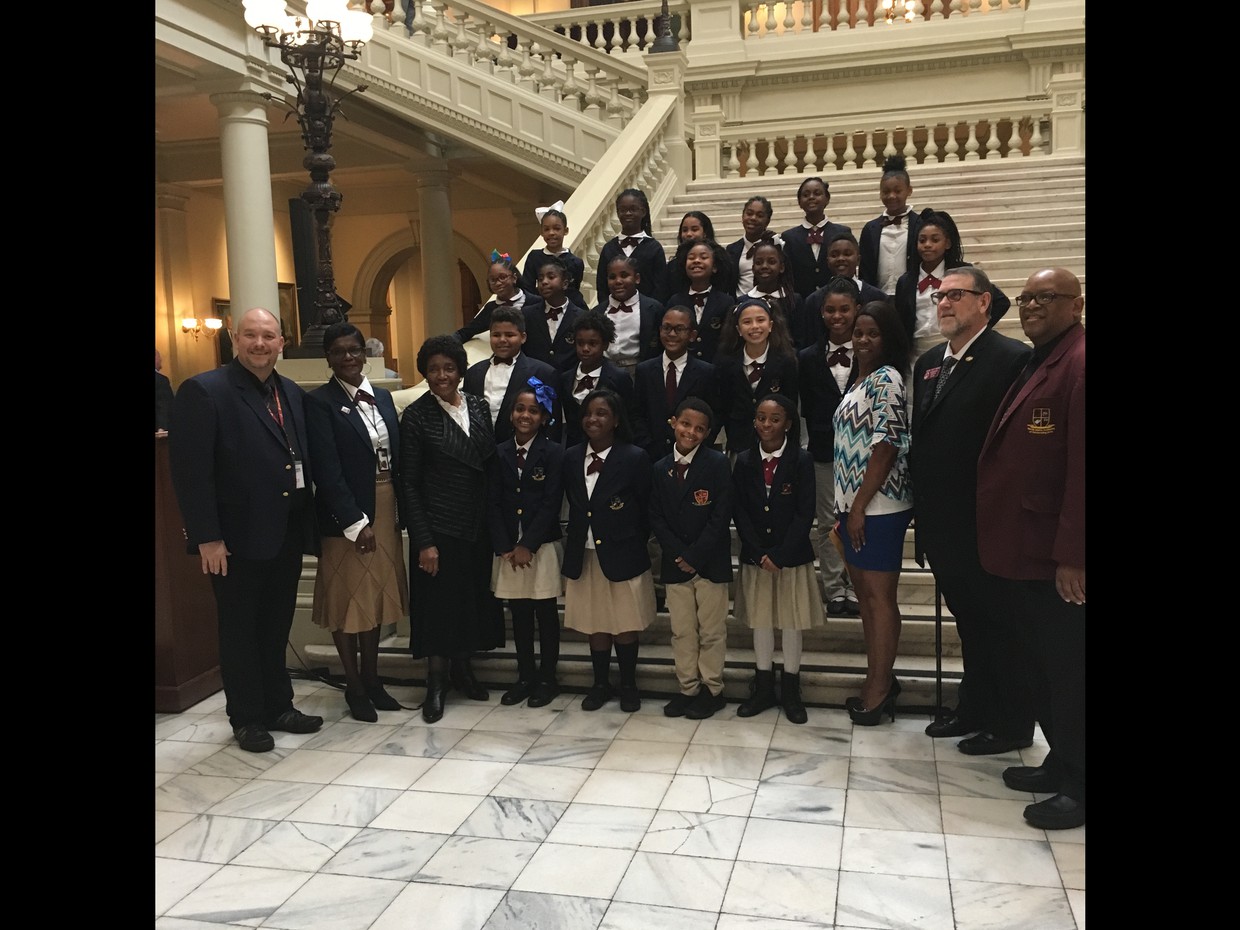 State lawmakers and visitors to the state capitol were entertained by some special guests this week. Students from the North Metro Academy of Performing Arts visited the golden dome and performed the state song, Georgia on My Mind as well as several songs from their upcoming Spring Musical, OZ. The scholars, who were introduced by state Rep. Pedro Marin, who were also invited to the capitol by him to showcase the talent of the North Metro Academy Performing Arts Players. These select scholars represent creativity in dance, music, and drama for the entire student population. The group has performed all around Gwinnett County in parades, festivals, churches and school events just to name a few. The students will also perform with Georgia’s National Chorus in Athens later this

year. Beauty P. Baldwin, the founder of North Metro Academy of Performing Arts, is proud of the school’s talented students. “Experiences like the State Capital performance give students a real-life application of the integration of academics and performing arts,” Baldwin said. “They are not only proudly sharing their immense talents with state lawmakers, the students are also seeing firsthand how our state government

works.” North Metro Academy of Performing Arts is a Gwinnett County Charter School in Norcross. It is a free public charter school founded in 2014, and designed to provide all students access to a quality education that is integrated with music, drama, and the arts. 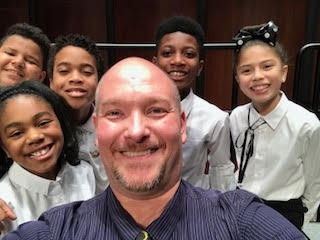 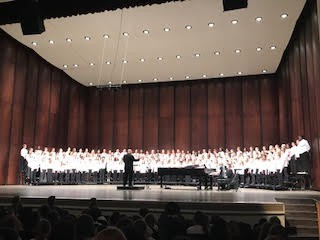 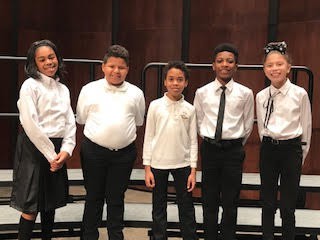 Thank you to Mr. Smith and the team that took a group of our student to Athens, GA, for the Georgia Music Educators Statewide Elementary Honor Chorus. Parents and students all shared that they had an amazing time. We are really soaring to new heights.

Cookie Man Fundraiser Pick-Up will be on Monday, March 5, 2018 from 1:00-5:00. Please be prepared to pick up materials from the Media Center. If you have any difficulties picking up on this date please contact the school. 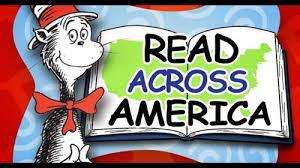 On Friday, March 2, 2018, North Metro Academy of Performing Arts will celebrate Dr. Seuss Day. On this day scholars and staff will participate in multiple reading activities. We will have guest readers throughout the day. If you are interested in being a guest reader for your child's class, please email the teacher to schedule a time.

On Friday, March 30th, 2018 from 8:30am to 10:30am, our school will be having “College Career Day.” On this day, we need volunteers to speak with students in grade K-5 about their college and/or careers. We would like the students to hear about different careers and understand the relevance of academic learning to the tasks they might someday perform in the working world. It is a great experience for the students of North Metro Academy of Performing Arts to learn and explore the many different careers that exist in our community!

In preparation for this exciting day, we need to know if you would be willing to come to our school and talk about your career for about 15 minutes per class. Here are some of the things you can discuss in your presentation:

If you have any questions, please feel free to call me or email me. We truly appreciate you for your generosity. We could not do this without you! Thank you on behalf of the staff and students of North Metro Academy of Performing Arts.

Please plan accordingly: February 23rd, March 9th, & March 23rd are make-up days. We will have school on these days.

We are now taking orders for our 2017-2018 yearbook. The cost is $25.00. We only have 60 copies available. Once we sell-out, we will not be able to order more. Please make all checks payable to North Metro Academy of Performing Arts.

If you are interested in joining our planning team, for our inaugural Spring Gala, we are meeting on Tuesday, March 6th at 5:00 in the front office conference room. We are very excited about the gala on May 12th to celebrate our scholars and faculty.