tyrra is using Smore newsletters to spread the word online.

Get email updates from tyrra:

Beauty Is Only Skin Deep.

Beauty Is Only Skin Deep. 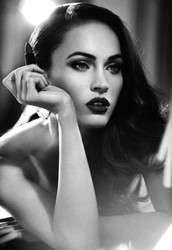 The Need To Look And Feel Beautiful.

Women all over the world tend to wear makeup because it boosts confidience and allows them to express themselves. We all want to feel desirable and wanted as we are social animals. However social media such as Twitter, Instagram, Facebook, and Myspace has magnified that to an unhealthy amount especially for women. The message that is put out says that a women's vaule is in her looks and that her existence is ONLY validated when someone wants to marry her. 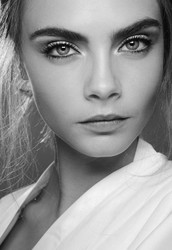 A chemical called " Polytetrafluoroethylene" also known as PTFE is known for causing delayed menstruation, later breast development and cancer. Its found in almost every beauty product, from what ypu put on your face to your body such as lotion and hair products.

WHAT TO LOOK FOR ON THE LABEL: Polytetrafluoroethylene (PTFE), Polyperfluoromethylisopropyl Ether, DEA-C8-18 Perfluoroalkylethyl Phosphate, Teflon

Animal testing often causes animals to have to be put into isolated cages and let alone for long periods of time. Also many animals don't have many types of diseases such as
major types of heart diseases 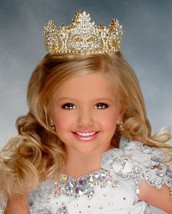 As humans we all want to feel desirable and wanted as social animals. However social media is magnified that to an unhealthy amount especially for women. The message that Facebook, Twitter, and Myspace and other social media is giving is that a woman's value is in her looks and that her existence is only validated when someone wants to marry her.

Simplest example being old Disney princess movies. These princesses lived miserable lives until someone thought they were beautiful and wanted to marry them. 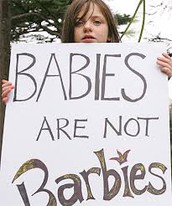 Many little girls grow up to think that they have to be this fair-skinned, long haired, perfect eyebrows, young lady. Is this really what we want our children to grow up thinking? Do we really want to have our little girls growing up thinking they wont be good enough because they have thick brows or freckles? Sometimes we think that our girls have potential and put them in these disgusting competitions, beauty pageants, that make our beautiful little girls feel worthless if they lose. Beauty Pageants have their pros and cons, but lets look at some of the pros first:

These are just some of the pros and cons to Beauty Pageants. We should teach our children and have them grow up to believing in themselves and seeing the true beauty of every individual. Let us now continue this trend of wanting to look like the "perfect person" onto our upcoming generations.

Criticism comes in many directions:

Weather its a male giving an opinion or female there will always be people who have something to say on how you look.Some comments from guys might be “Why do you where so much makeup” or “You look like a clown, with all of that on your face.”I say why do they care? Is it affecting them in any way? NO ! Why do they feel the need to put a women down just because she feels like expressing herself.Men don’t see makeup as us women,on that note they shouldn’t have to tell a women anything for wanting to make herself feel better.Its not always for them we live in a new generation where makeup is a big part of out society and is used im mostly everything.Some examples would be models when posing for magazines which are purchased everywhere by many people.Also celebrities have been using it for many year.When it comes to females judging other females on their makeup things could get intense.Something a taught at a young age that they have to be better then everyone.Which gives them a mentally that using make-up should be a priority.Most people that see females without make-up usually say that they they look dead or sick.This is why females feel the need to always have make-up even if they are not doing something that should involve them having to look nice.For example if lady's have to go to the store for a few things they will get on a full faced make-up because they feel the need to look "pretty" instead of having to feel "ugly".What does that mean? "Pretty" "Ugly" Most people have a different definition for those two words.Now-a-days to be considered "Pretty" you have to wear make-up and it even goes beyond just the basics such as foundation,eye shadow,eye liner and lipstick,People now are have gotten into the habit of false lashes and contouring which is even more damage to the face,Mostly if you do not prep your face before all of that make-up.

Boosting your Self esteem:

People react to negative comments in many ways,Some good others not so well.The people who deal with it in a negative way usually have a low self-esteem.They might react by not wearing makeup at all or maybe just being quiet about it. We live in a new era where people are not afraid to stand up for themselves.We live in a world where most people don't know what words like : ugly,too much and not attractive don’t exist when it comes to outer beauty.Make-up artist quote that “I wear makeup for myself because I like it.:” They have a good point why try to impress anyone if all they are going to do is judge you. I like to believe that makeup was made for those who don’t like their physical appearance as much as they should.That doesn’t give anyone the right to judge on whether you look good with or without makeup.

tyrra is using Smore newsletters to spread the word online.