Germany had been controlled by three different governmental powers from 1914 through 1945. The German government had fallen into debt, due to inflation. The German government did not tax the people of Germany, they only borrowed money from other countries.The currency was practically worth nothing. With the Reichsmark losing value everyday many people were distressed and were looking for change. That had made it easy for new party to take control. With people looking for change Hitler was able to step in and make changes. After several years many countries allied together such as the United Kingdom, Soviet Union, and the United States. The United Nations had invaded Germany, and had forced the Nazi regime to either surrender or be captured and punished harshly. How the Nazis gained support is an important part of their history. 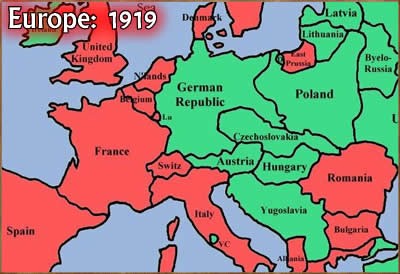 During WWI the German army was one of the best in the world. They were outnumbered against the allied armies. After the loss in the war Germany started their inflation problem. Inflation means to increase in general levels of goods and services. Inflation to the German papiermark was caused by the government borrowing money instead of taxing the people. By World War two the German Papiermark later known as German Reichsmark was worth almost nothing. The German Reichsmark was more commonly used to heat people's homes than to actually spend, and if someone were to spend their pay they'd have to spend it as soon as possible because it would lose all of its value overnight. 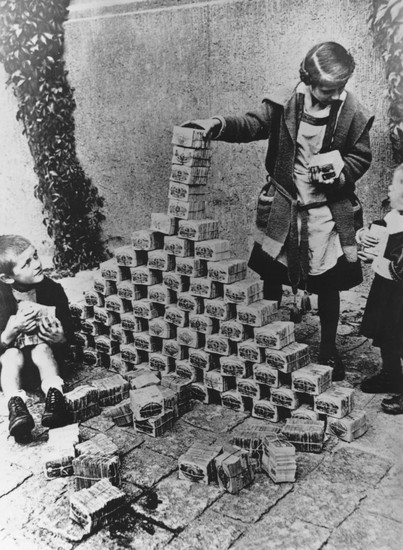 With the German government spiralling into debt the German people were looking for a new leader as the Great depression hit. The Nazi party had capitalized on the weakness of the German government and were able to gain backing in support. One of Hitler's proposals was that he would reduce the unemployed and build the army size even larger which made many people excited. Hitler was a great public speaker so he held enormous rallies and he would light a fire underneath people and inspire the german population to fight for his cause. A lot of people saw Hitler and the Nazi party a solution to all of their problems and the Nazi party ended up with six and a half million votes in the polls.

After the Nazi party gained control they opened several types of camps, the most identifiable one is the concentration camp but there were many more types of camps, such as work camps. Another major thing that the Nazi party was being apart of WWII. They had joined on September 1, 1939. By joining the war the Nazis looked to extend their borders farther into Europe. The SS decided to declare war on The Soviet Union and also the United States. Over the next six years the United states and several other countries forced the SS to finally submit and surrender. The power in Germany was changing again.

The Nazi party became very weak due to the war and the affects of having several of the strongest armies attacking you at once. War wasn't the only reason the regime lost power and were forced to surrender, Hitler and the Nazi party never really fixed the inflation issue so they were still out of money and far into debt, most of the countries stopped helping Nazi Germany. On April 30, 1945 Hitler took his own life. The SS were forced to surrender on May 7, 1945.

They land once controlled by the Regime was divided into four zones controlled by the United States, Britain, France, and the Soviet Union. Through this dark time in history, the Holocaust proved that nothing lasts forever.