On January 12, TUSD Robotics held a middle school only tournament at Orchard Hills School. All TUSD middle school teams competed in this event with Columbus Tustin Team F and Orchard Hills Team A aligning together in the finals to take home the tournament champion title and trophies. The all-girls Orchard Hills Team A also took home the Excellence award after an incredible day of qualifying matches, robot skills scores, and high marks on the design rubric for their notebooks and interviews. Columbus Tustin Team C took home the Design Award adding two more teams to our list of TUSD Robotics teams attending the CA State Championships this season.

For more pictures from the tournament, please go to the TPSF Smug Mug Site, courtesy of John Garrett. 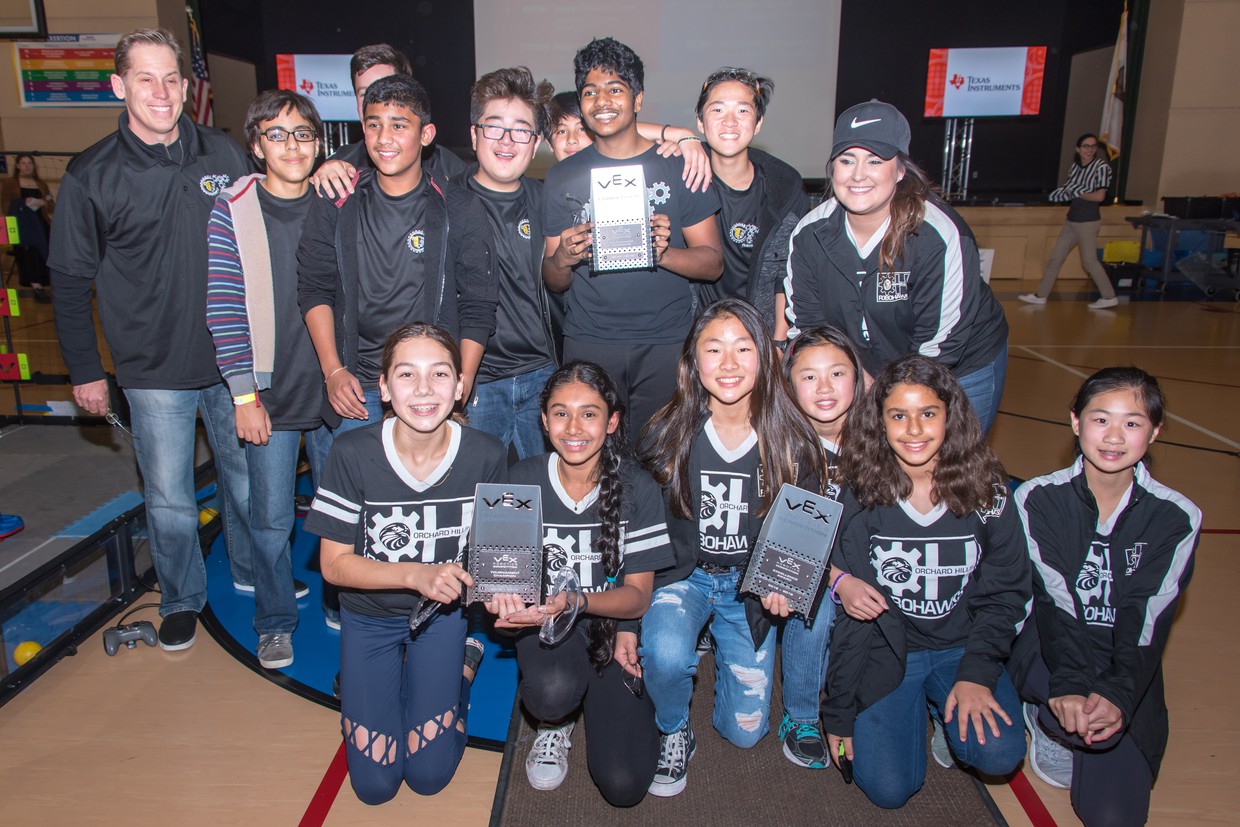 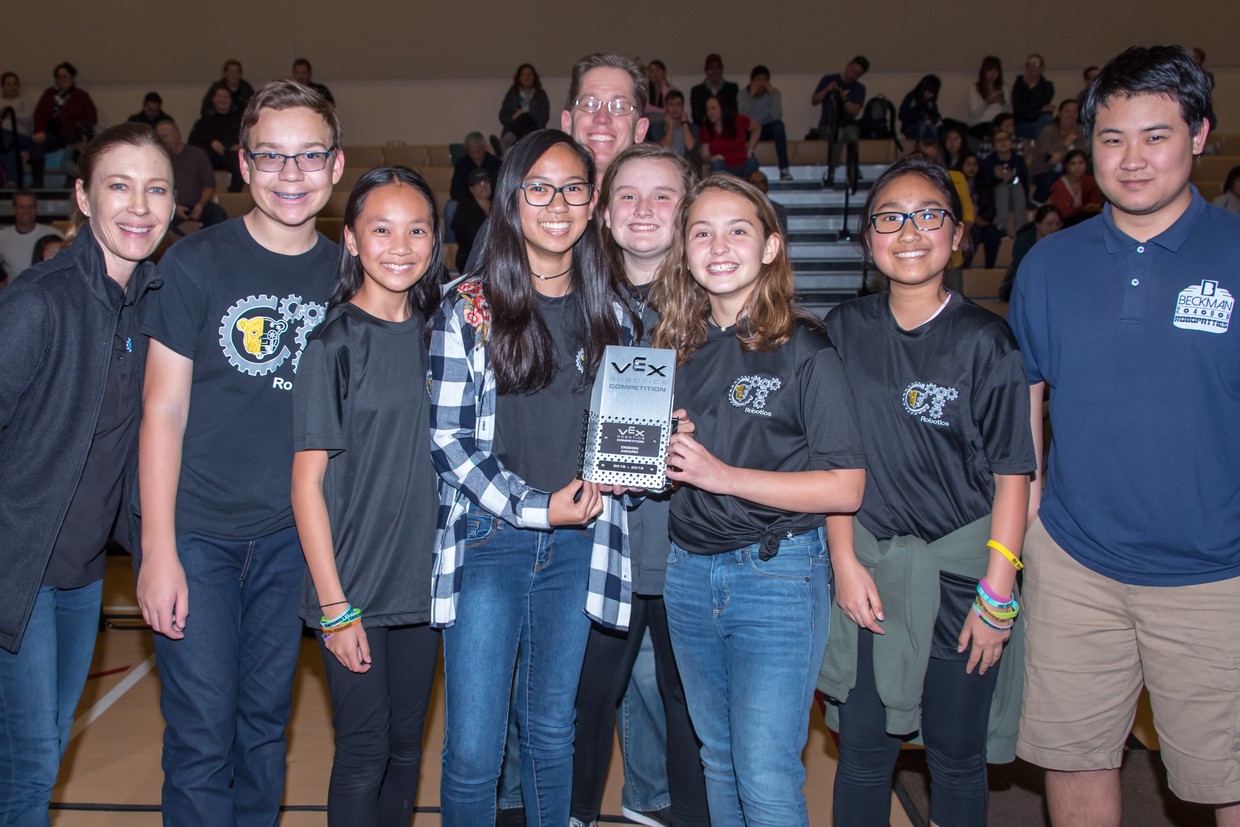 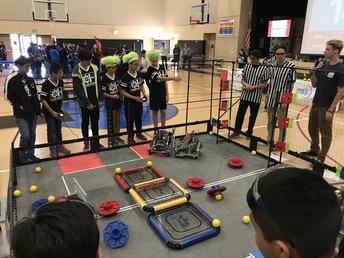 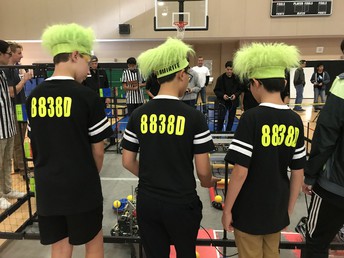 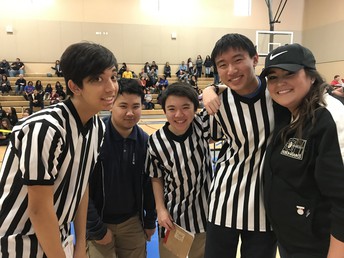 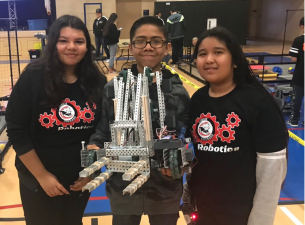 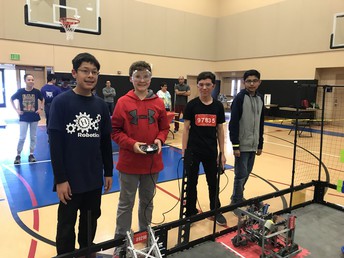 Hewes and Their Alliance Partners 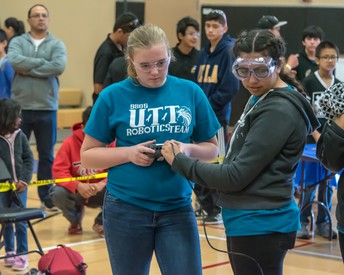 Pictured below is Coach Sit and some of the Beckman Robotics students on their lunch break. They worked hard and filled many of the volunteer positions at the TUSD Robotics middle school tournament this past weekend. They served as the Emcee, Referees, Judges, Queuing Coordinator and much more. A huge shout out to Beckman Robotics for always lending a helping hand and providing such a great experience for our students. Thank you! 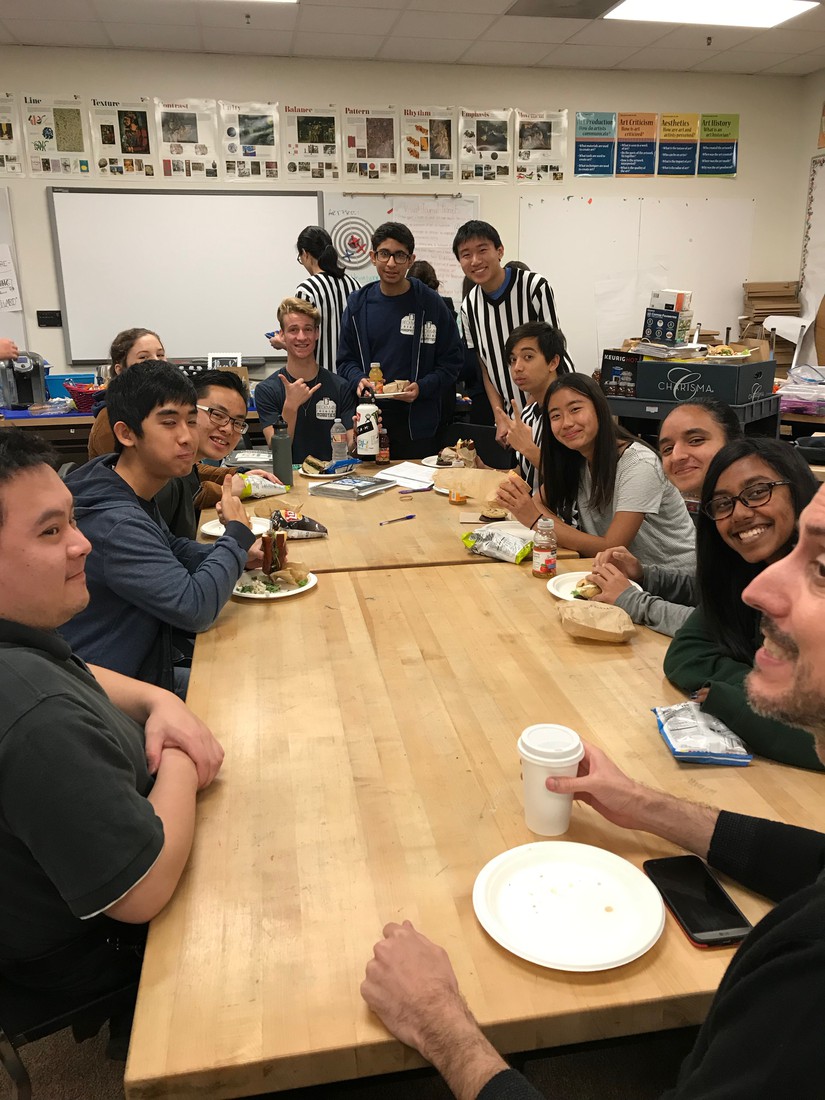 TUSD Robotics currently has 15 teams qualified for the California State Championship representing Beckman HS, Foothill HS, Orchard Hills MS, and Columbus Tustin MS and the season is not even over! We added three more teams this past weekend, including Foothill Team C who won the Excellence Award at a tournament in Riverside. The Foothill Knight Time Bots took home 7 of the 12 awards offered at the tournament. It has been an incredible season and we look forward to see what we can do at State! 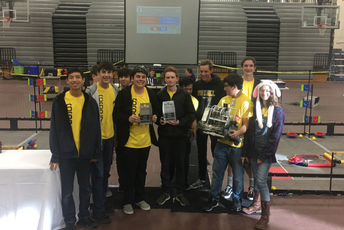 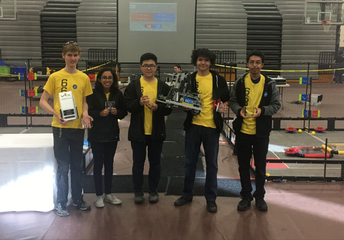 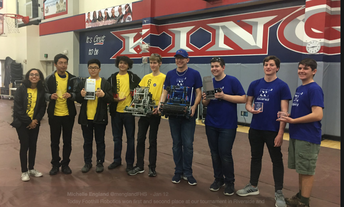 TUSD Robotics is about to host the elementary robotics teams on January 19th and January 26th at Orchard Hills School for their first tournament of the season. Teams have been coding and driving robots to prepare for their upcoming event as seen below with Tustin Ranch Robotics teams. Good luck to all! 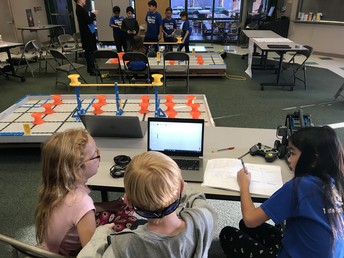 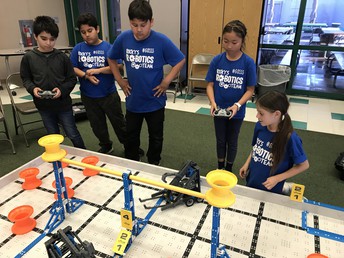 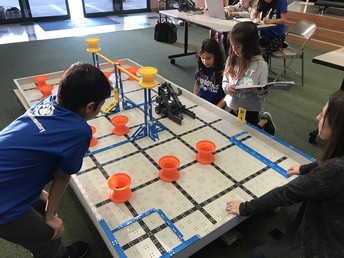 Below is the beginning stage of Rocky's Robotics Teams learning how to code their robots to score points autonomously (without a driver!).
https://youtu.be/RhsPfD9O4FY